A Neolithic burial chamber, built sometime around 2000 BCE. There are two false entrances, but the real tomb is entered from the south, where an inner passage leads to a cross passage leading to two circular burial chambers located on an east/west axis.

The false entries may have been created not to deceive grave robbers, as happened in ancient Egypt, but simply to create places for ceremonial observances.

Excavations have turned up bits of late Neolithic pottery of the type known as Beaker ware, and pieces of bone were discovered in the passages.

The chamber would originally have been covered in stones and probably topped with earth. The original extent of the stone mound is marked by lines of stones on the earth.

There are wonderful views from Capel Garmon westward to the peaks of Snowdonia. 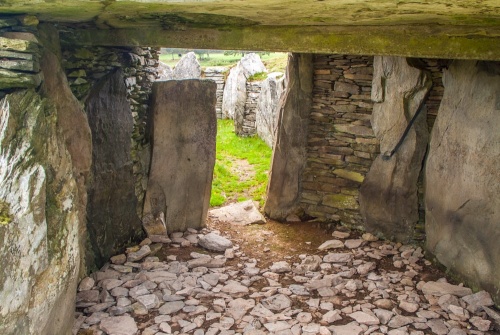 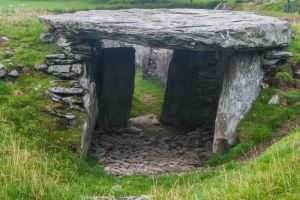 This stunning, large detached property is in the village of Capel Garmon, near Betws-y-Coed, in North Wales and can sleep seven people in four bedrooms.
Sleeps 8