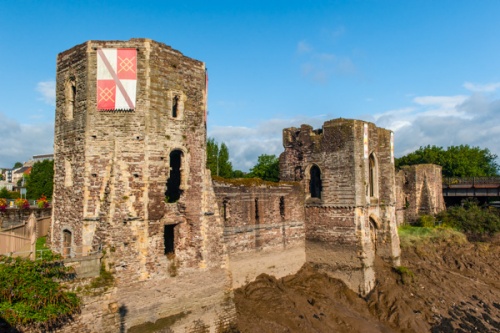 The 14th-century east front and towers are all that survives of this castle on the banks of the River Usk, mainly used for administrative purposes. The 14th-century castle replaced an earlier castle built by Gilbert de Clare just over half a mile to the south-west, near the current cathedral. That earlier fortification was swept away to make way for Isambard Kingdom Brunel's Great Western Railway in the 1840s.

The new castle was erected by de Clare's brother in law, Hugh d'Audele, when Newport was made the centre for the new lordship of Wentloog. In 1405, at the time of the Glyndwr rebellion, Newport Castle was strengthened, and it was rebuilt once more between 1430-45 by Humphrey Stafford, later the 1st Duke of Buckingham.

The gradual decline of Newport Castle began with the execution for treason of the 3rd Duke in 1521. The castle was used into the 17th century, but gradually became a crumbling ruin, a picturesque, romantic subject for painters like JMW Turner.

The castle buildings were converted to use as a brewery in the 19th century, and the final indignity came in 1970 when a road was built across the western end of the castle site.

The 14th-century castle consisted of a rectangular walled court, surrounded by a moat. The imposing river frontage has three main towers; one at either end and one in the middle. While the end towers are polygonal, the centre tower is rectangular, with projecting turrets guarding a water gate.

In the tower are a series of luxurious (for the time) apartments. To the north is a great hall, the centre of castle life, while above the water gate is an audience chamber, and the kitchens lie to the south. 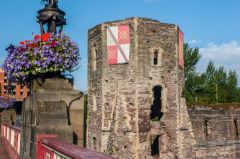 More self catering near Newport Castle >> 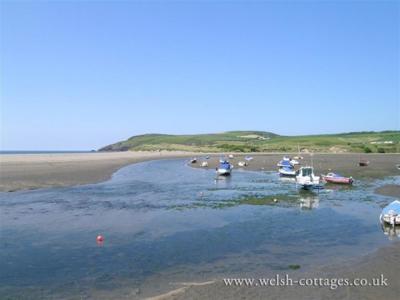 Stone barn is situated on a small farm within walking distance of the village of Newport. Sleeps 8 in 3 bedrooms and will accept 3 pets.
Sleeps 8 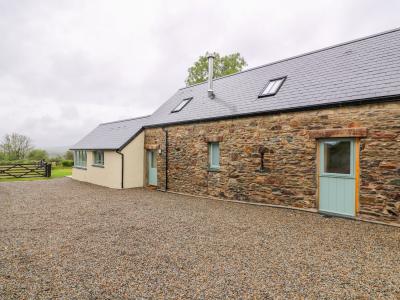 This stone-built property rests on the outskirts of Newport and sleeps up to six people in three bedrooms.
Sleeps 6