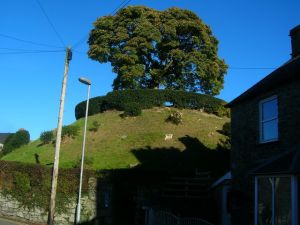 Tomen y Bala
One of the largest medieval castle mottes in Wales, Tomen y Bala is a steep conical mound, with a base about 40 metres across. It rises 8 metres high, with a level top about 16 metres wide. The summit of the motte would originally have been topped by a timber palisade, possibly with a timber tower within.

It seems very likely that the castle was linked to a llys, or court of a prince for the commote (territory) of Penllyn. Though we do not know who built the motte, or when, we do know that it was sacked in 1202, when Llewelyn ap Iorwerth defeated Elis ap Madog, Lord of Penllyn.

Llewelyn probably destroyed the timber defences, and Tomen y Bala was less important after Llewelyn built a new castle at Carndochan, though it seems likely it was still in use into the 14th century. Edward I visited Tomen y Bala in 1284, and around 1314 a planned settlement, or borough, was established here, southwest of the castle mound.

By the 15th century, there was a military garrison at the borough, but there is no mention of a castle, so it seems likely that it had fallen out of use before this time. The castle mound was later adapted as a garden folly, which accounts for the unusual spiral path leading to the summit. 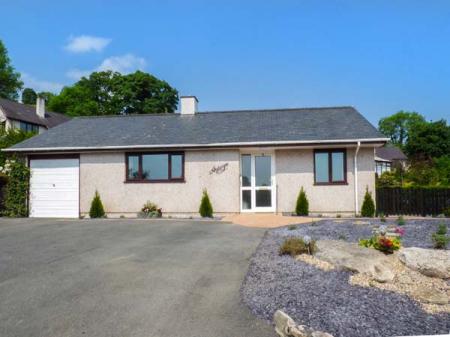 This detached cottage is in the village of Bala near to Corwen and can sleep six people in three bedrooms.
Sleeps 5 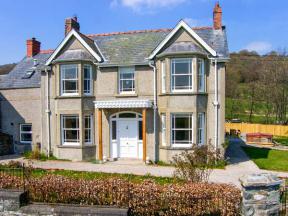 This spacious detached house in Glanrafon near Bala sleeps up to twelve people in six bedrooms.
Sleeps 12