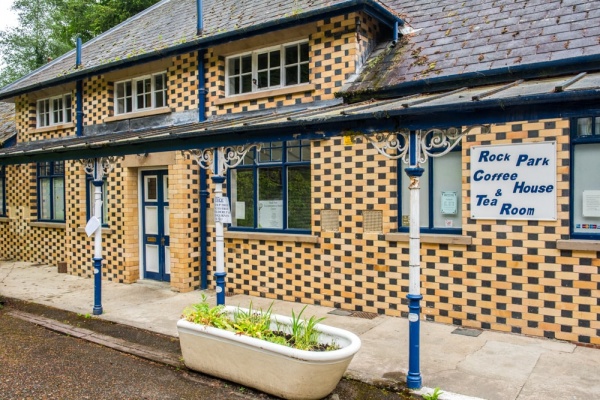 This Grade II* listed park dates to the 1860s and is one of the earliest public parks in Wales. It includes mineral springs, Victorian spa buildings, an arboretum, and a series of trails beside the River Ithon, passing through attractive woodland.

The Romans knew of the mineral springs in Llandrindod and called the region Balnea Siluria (baths of the Silures) after the native Silures tribe. Remains of a Roman well can be found near the front of the Spa Buildings and there are several Roman practice camps on the southern edge of the park.

The chalybeate spring was known as 'The Well of the Blacksmith's dingle' in 1670. Though the curative powers of the spring were known locally, the growth of the spa really began in 1754 when a German visitor named Dr DW Linden drank from the saline springs and was cured of several medical conditions. He wrote a scholarly treatise extolling the medicinal qualities of the water, and the resulting publicity set the town on its way to becoming a popular destination for visitors.

The arrival of the railroad in Llandrindod Wells in the 19th century led to the commercial development of natural mineral springs, and the town became a popular spa town. 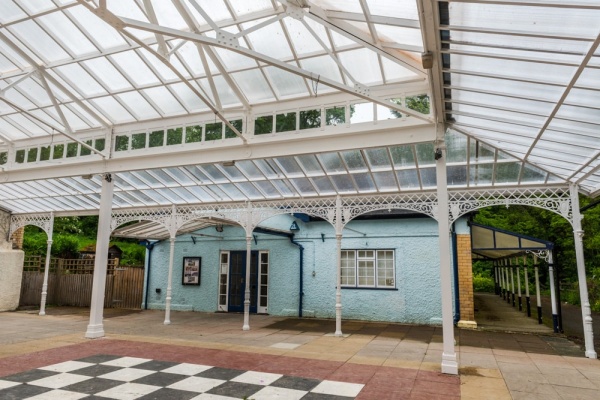 Rock Park, enclosing 12 acres, contains several of the original mineral springs. There are numerous springs, from saline to sulphur, magnesia to radium. The easiest spring to visit is the chalybeate spring.

This spring rises through a marble drinking fountain, providing a healthy drink to modern visitors just as it did to fashionable Victorian spa-goers. The drinking fountain was built by the lord of the manor, JW Gibson-Watt of Doldowlod in 1879, and given to the public.

The water is safe to drink, though be warned that it has an odd taste due to the mix of mineral salts. The area in front of the marble fountain was paved in the late 19th century to create a small terrace where people would promenade. The terrace leads to a picturesque stone bridge over the Arlais Brook.

Inside the park is the Llandrindod Wells bowls club, boasting International standard greens. Just outside the bowls club are two Old Shops, also built using the blue and cream brickwork of the spa buildings. These shops, now converted to houses, were used as gift shops in the spa's Victorian heyday.

The former Pump Room, the social hub of the spa, was used as a restaurant until recently, and the Bath House is now a health centre. These are two of the oldest and most important historical buildings in Llandrindod Wells, and stand out due to the striking combination of blue and cream brickwork. 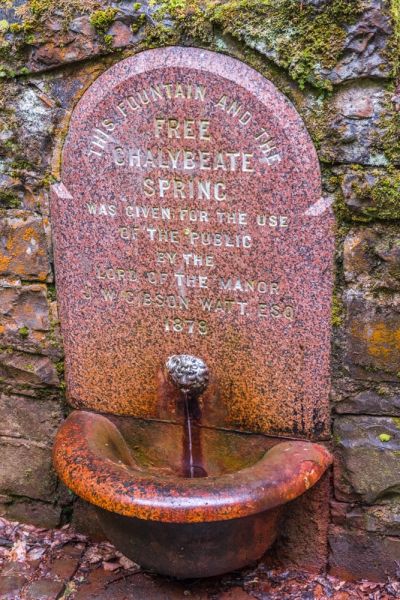 The northern section of the park hosts a Victorian arboretum, while native woodland lies to the west of the river. The steep-sided riverbanks are a designated Site of Special Scientific Interest (SSSI). In the south-west corner of the park is a natural rock outcrop known as Lover's Leap, with views over the river.

There is a trim trail within the park and a fascinating sculpture trail. Of more historic interest is the Tree Trail, a winding route linking historic trees planted as part of the Victorian landscape design. These have ben augmented with more modern plantings to continue the tradition of Rock Park as an arboretum. The Tree Trail is just under 1 mile long. Highlights include the Maple Glade, with 130 species of maple from around the world, and a large area of native broadleaved mixed woodland with British trees such as oak, ash, rowan, hazel, birch, and holly.

The park is open all year, free of charge. It is great fun to explore the park and see how the Victorians tried to create a place to see and be seen amid a woodland setting. The park isn't very well signposted, and there is no obvious dedicated parking area. I managed to find a space on Park Terrace, just beside the park entrance. 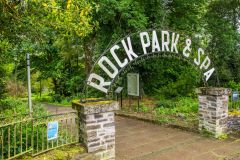 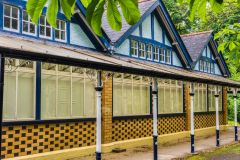 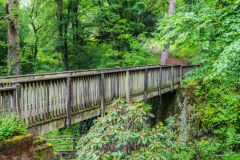 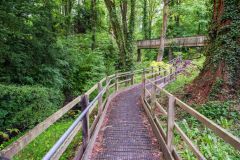 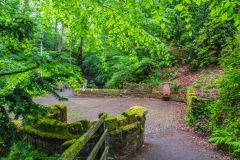 More self catering near Rock Park >> 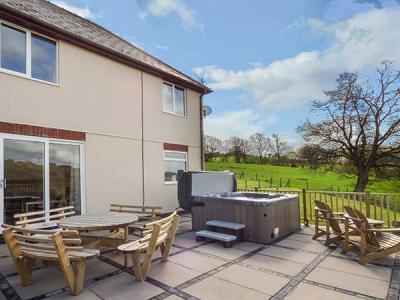 This terraced cottage is in the village of Howey near Llandrindod Wells and sleeps four people in two bedrooms.
Sleeps 4 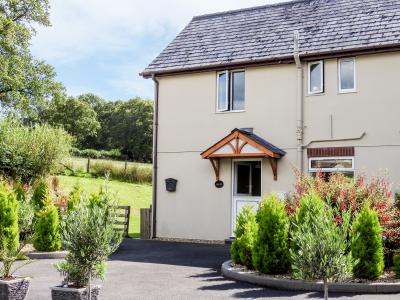 This end-terrace cottage is one of a group in the village of Howey near Llandrindod Wells and sleeps four people in two bedrooms.
Sleeps 4