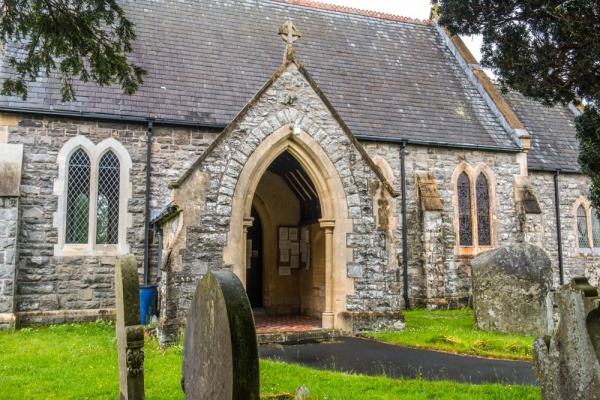 Llanwrthwl is a hamlet just south of Rhayader, in the beautiful scenery of the Wye Valley. The parish church of St Gwrthwl is a Victorian building, but the 19th-century architecture hides a much older early Christian building.

Much older still is a massive standing stone in the churchyard, suggesting that this site has been a focus of worship in one form or another for over 4,000 years.

St Gwrthwl, who gives his name to the village, is thought to have been an early Christian hermit from the 5th or 6th century; the Age of Saints in Wales. Nothing is known of Gwrthwl, known as 'The Confessor', save that his feast day is 2 March.

Gwrthwl is said to have founded the first church here, perhaps building it beside the standing stone to take advantage of a site already considered sacred by the local inhabitants. 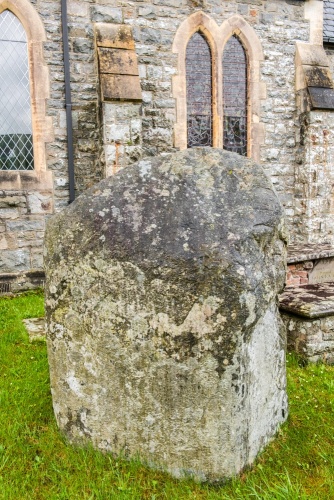 The standing stone measures about 1.75m high (roughly 5'9"). The upper section appears to have been broken off. One theory is that the stone formed part of a churchyard cross, another that it was used in a form of druidic observance.

The church was later dedicated to St Wrthwl, or Mwthwl and was linked to the Collegiate Church of Brecknock. We do not know exactly when it was built but there is a church recorded in the 1291 Taxatio, an ecclesiastical assessment of churches in England and Wales.

The church is a very simple two-celled building with a south porch and north vestry. There is no tower, nor bellcote. The church bell is set beneath an unusual freestanding canopy outside the vestry door. The medieval building on this spot was completely rebuilt in 1875 by architect JG Finch Noyes. 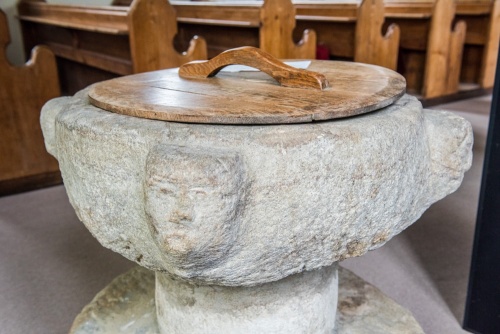 The oldest feature inside the church is a Norman font, probably of 12th-century origin, said to have been brought here from Cwmhir Abbey when it was suppressed at the Reformation.

There are four carvings of human heads projecting from the font bowl, which sits atop a large cylindrical stem. The carvings are quite roughly done, prompting some historians to speculate that the font was carved by local craftsmen rather than brought here from Cwmhir as previously thought.

There are few furnishings of note beyond the font and a medieval piscina in the vestry. The windows have very good late Victorian and Edwardian stained glass including a memorial window to John and Emma Clarke and another to Leonard and Flora Graham-Clarke.

On the wall is a brass plaque to three men of the parish who died in World War One, the youngest aged just 19 years.

There are several 18th-century gravestones in the churchyard, the oldest dating to 1769. 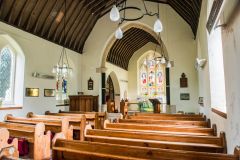 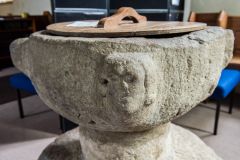 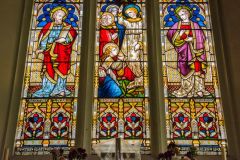 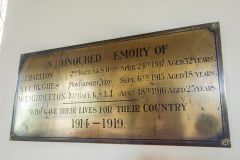 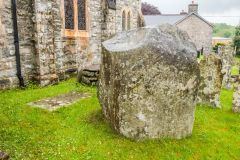