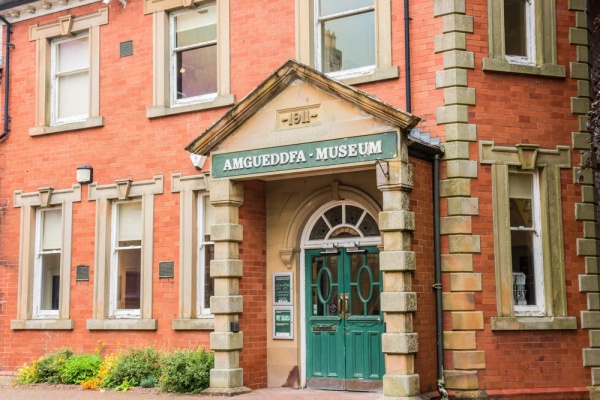 In the heart of Llandrindod Wells stands a delightful small museum exploring the history of the former county of Radnorshire. The Radnorshire Museum is housed in the old Carnegie Library, built from 1911. The museum is set back from the road opposite Temple Gardens and beside the war memorial, next to the Hotel Metropole.

The museum was inspired by the discovery of the Llandrindod Wells Log Boat in 1929. The medieval log boat was discovered by children when drought created an unusually low water level in the River Ithon. The boat was 'pickled' in paraffin wax by the National Museum of Wales to preserve it, and returned to Llandrindod Wells where it was the showpiece attraction in the newly opened town museum. The town museum later expanded its remit and reopened as the Radnorshire Museum.

Radnorshire was a former county of Wales, one of 13 historic administrative regions, many of which were swept away in 20th-century government reforms. Radnorshire was relatively poor district roughly analogous to the old Welsh territory of Rhwng Gwy a Hafren, bounded by Brycheiniog to the south and Powys to the north.

The major settlements were Rhayader, Knighton, Presteigne, and Llandrindod Wells. Radnor was the original county town, but administration gradually drifted to the larger town of Llandrindod Wells and the county assizes traditionally met at Presteigne.

The region was so noted for its poverty that an anonymous 17th-century visitor penned these lines: 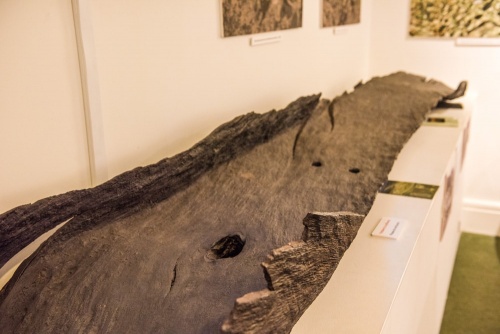 See ancient objects dating to the Neolithic era, the Bronze Age and Iron Age. You can see Pre-Roman tools made of flint, stone, and bronze, plus Roman pottery, tiles, and jewellery from the fort at Castell Collen.

See a collection of fossils including sponges and marine animals. One of the most striking fossils is an extremely large ammonite from the Upper Jurassic period.

This varied collection looks at rural life, with objects from a local smithy and agricultural tools. You can listen to oral history recordings of local residents recalling their way of life. The collection also looks at life in Llandrindod Wells at the height of its popularity as a spa town. You can see ceramics, costumes, photos and postcards from the Victorian and Edwardian eras. 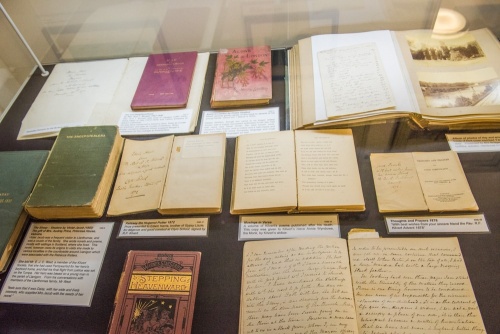 Rev Francis Kilvert was a 19th-century curate and diarist, whose observations on the life of a country parson were enormously popular. Kilvert began his clerical career at Clyro, near Hay on Wye, and later served as vicar at St Harmon. See personal mementoes, letters. and books including the Kilvert family Bible.

One of the most unusual artefacts in the museum is a very early sheela-na-gig carving found during restoration of the old parish church in Llandrindod Wells, where it had lain hidden under the threshold for generations. What makes this carving so rare is that there are only 3 known examples of a sheela-na-gig in Wales. Sheela-na-gigs are crude carvings of a female figure showing its vulva and are generally thought to be an expression of goddess worship or fertility symbol.

Another medieval highlight is a carved corbel head from the Cistercian Abbey of Cwm Hir. Look for a medieval oak chest from St Llyr's Church in Llaneyre, found under the floor of the church during restoration work and thought to be about 500 years old.

Another medieval highlight is the Llandrindod Wells Log Boat, mentioned earlier. The boat is a type of shallow-bottomed punt. It has been tree-ring dated to sometime between 1198-1228. 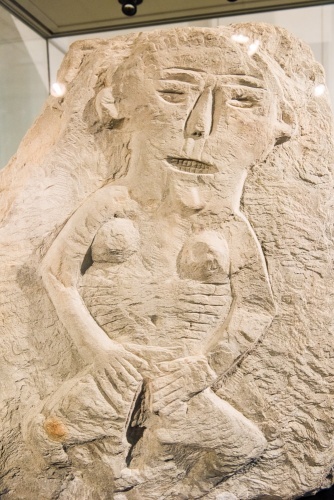 During the 19th century Llandrindod Wells developed into one of the most popular spa towns in Britain, with hordes of visitors coming to 'take the waters' or simply to be seen in polite society. The museum tells the tale of the heady spa days when the mineral springs in Rock Park drew visitors from across Britain. See a collection of artefacts from old photos and postcards to bathing costumes and fashionable clothes, bath chairs and a fascinating needlespray brass shower.

One of the most enjoyable museum exhibits looks at the career of cartoonist ''Jon' (aka William John Philpin Jones), born in Llandrindod Wells in 1913. Jones served with the Welch Regiment in North Africa and it was there that he created his famous cartoon characters, 'The Two Types', a pair of old-school officers. Jones was awarded the MBE for his morale-boosting cartoons, and went on to a peacetime career, primarily with the Daily Mail and Mail on Sunday, with cartoons covering politics, current affairs, and sports.

Another highlight is the Eisteddfod Chair, made by the local coffin-maker in 1929 and won by Thomas the Rhymer. Thomas was a native of Llandrindod Wells and was born Herbert Thomas in 1908. He attended Shrewsbury College and Jesus College, Oxford. His oar from a rowing career at Jesus College hangs upon the wall.

Another fascinating object is a 'Magic Lantern', the forerunner of a modern slide projector. The magic lantern has a lens attached to large bellows reminiscent of an old-fashioned large-format camera.

There is a minimal admission charge. When we visited it was £1 for adults and 50p for children, but of course charges may change. Local residents are admitted free of charge. The Radnorshire Museum is an excellent small museum and a very good place to get a sense of the history of Llandrindod Wells and the heritage of the surrounding area. 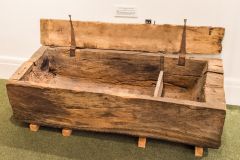 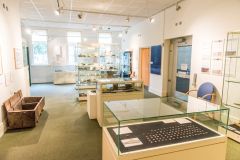 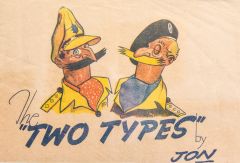 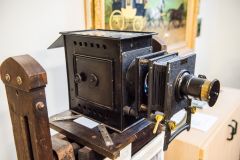