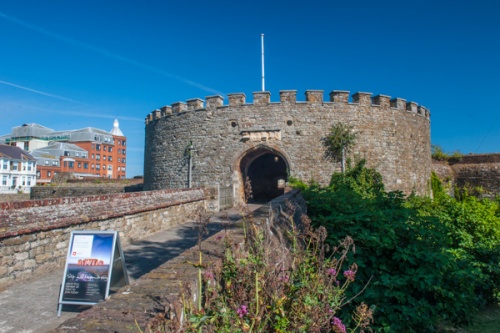 Severe concentric semi-circular towers rise up like a flattened stone wedding cake at Deal Castle, one of Henry VIII's string of coastal castles built against the threat of a French invasion. Built to take advantage of the new super-weapon, cannons, Deal boasts 119 gun positions.

When Francis I, King of France, signed an alliance with the Holy Roman Emperor, Charles V, in 1538, Henry VIII's England was threatened by the combined might of the two European super-powers of the day. Henry's foreign policy had relied on playing off France and the Empire against each other, but an alliance between the two put England under immediate threat.

Henry's response to launch a huge building project, erecting a series of forts along the English coast; the largest such coastal defence project since the Romans built a series of Saxon-shore forts over 1000 years previously.

Deal was one of Henry's new forts, the largest along the Kent coast, and it remains the best-preserved, giving us a unique insight into life in Tudor England. It may seem surprising that Henry should build a fort at Deal; in fact, he built 3 forts within 2 miles, the others being at Sandown (now destroyed) and Walmer.

The reason was that the area around Deal offered easy landing to an invasion force. To counter this possibility Henry linked the three new forts with an earthwork interspersed with bastions. The earthworks are long gone, but the Henrican forts at Walmer and Deal remain.

One of the challenges for Henry and his military engineers was how to counter the threat of cannon, the 16th-century equivalent of a nuclear bomb.

Traditional medieval castle structures, with their high, thick walls, and rectangular towers, would not stand up to a bombardment of cannon-fire. Henry's designers also needed to give the castle garrison opportunity to use their own artillery to maximum impact. 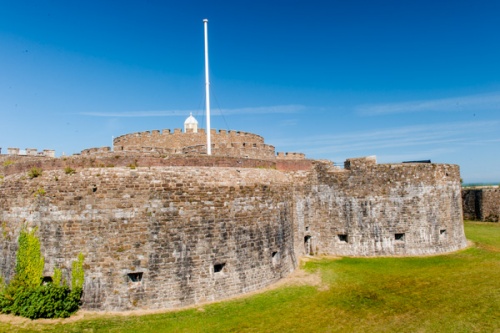 The ditch and inner bastions

The solution, probably engineered by Stefan von Haschenperg, was a concentric fortress, with a series of curving walls in a flower pattern, overlapped to provide firing angles, with the curve of the walls lessening the damage of a direct hit from enemy fire.

At the centre was a low, sturdy tower, surrounded by a series of six semi-circular bastions, encircled by a ditch and a curtain wall with six projecting lobes. Cannon were mounted at each level, allowing simultaneous firing from the tower, inner bastions, and outer bastions.

The fort was set down low to the ground, thus giving the enemy less to fire at. The fact that the final result looked similar to a Tudor rose symbol probably played a part in the design process, but the main reason for the design was purely practical.

The core of the building is brick, faced with stone throughout. There are quarters for the garrison and governor in the central tower, with a spiral stair joining the levels. From the basement level, a pair of corridors run to a fighting gallery in the curtain wall.

The threat posed by France and Spain never came; perhaps Henry's coastal defences played a deterrent role, but we shall never know for certain. The Spanish Armada passed close to Deal, but by that time the Armada was already in disarray and posed no threat.

The only military action at Deal came during the Civil War, when Royalists took control of all three forts during an abortive 1648 uprising in favour of Charles II. They were only ousted with great difficulty. The castle was manned in the Napoleonic Wars, but again saw no action. 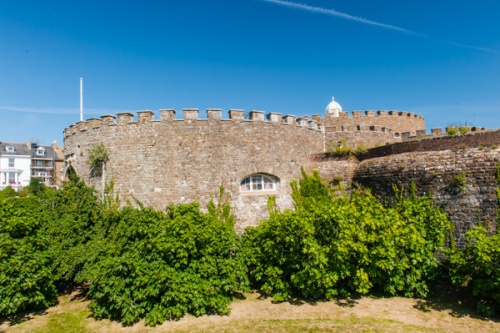 The castle is very well signposted, so there's no problem finding it! We visited on a blistering hot summer day, when the heat bounced up off the dry stone walls and cobbled courtyard, and made it a relief to dive into the passages inside the central tower. It really won't take too long to explore the site; it is perhaps easier to think of Deal as a fort rather than a castle, like, say, Dover Castle further along the coast.

I would allow from 30 minutes to 1 hour to see the entire site. Though Deal is not as immediately impressive as Dover, it was never intended to fulfil the same purpose. It is fascinating for what it is; a wonderfully well-preserved example of a Tudor coastal fort with an innovative design that was, in its day, state-of-the-art. 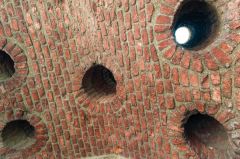 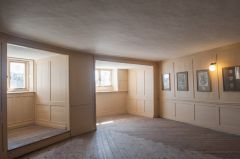 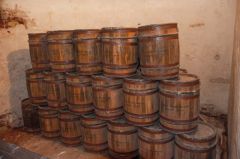 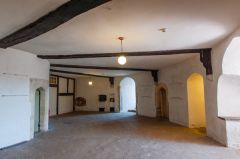 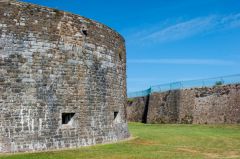 More self catering near Deal Castle >>

This terraced cottage sits in the town of Deal in Kent and can sleep five or six people in three bedrooms.
Sleeps 5 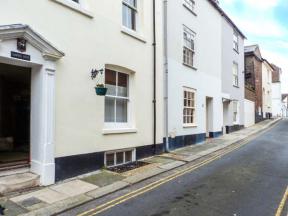