Kent Museum of the Moving Image 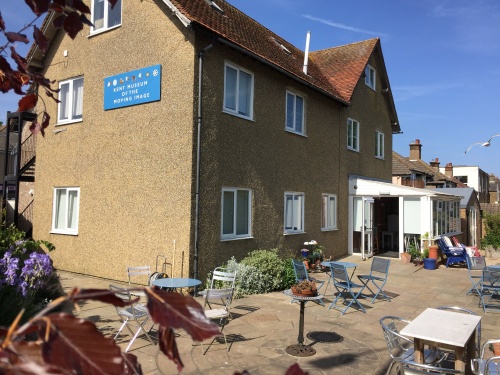 Kent Museum of the Moving Image in Deal

'Celebrating 350 years of the moving and projected image', that's the tagline of the Kent Museum of the Moving Image (MOMI) in Deal. The museum covers much more than the history of modern filmmaking, delving back into the heritage of projected images to see where our fascination with moving images began. Think of MOMI as a combination of a cinema museum and a 'pre-cinema' museum.

MOMI's mission is to be a combination museum, archive, research library, entertainment venue and hands-on 'exploratorium' for the moving image in all its forms. It aims to be both a fun family day out and a serious resource for students of cinema history.

But when did the 'prehistory' of the moving image begin? 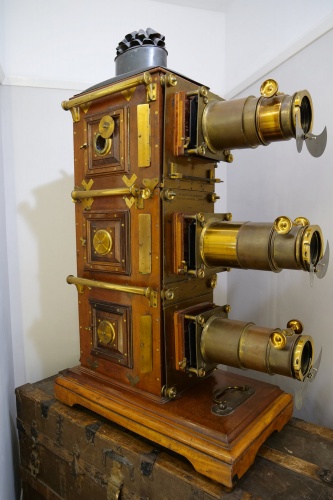 You could make the claim, as MOMI does in its '35,000 Years to Catch a Shadow' exhibit, that the story really begins with the first cave paintings.

Leonardo Da Vinci proposed the concept of a projection system, but things didn't take off until the invention of the telescope and the microscope in the early 17th century. These two inventions fostered a huge interest in the science of optics and prompted the invention of the magic lantern - light shown through a painted slide to create an image outline against a solid surface.

The museum looks at our earliest attempts to project images with 'magic lanterns' lit by candles, projecting images of hand-painted slides.

Magic lanterns were fascinating, but only the wealthiest people could afford them. One of MOMI's prize exhibits is an 1890 triple-lens magic lantern projector, complete with a set of original magic lantern slides. The projector is maintained in full working order and still has its original travelling trunk. 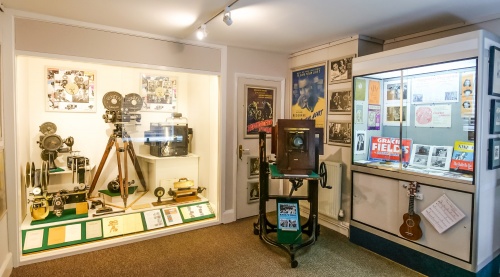 Delve into the history of London's 'Polytechnic Institute', a palatial multimedia centre where crowds thronged to watch magic lantern shows in the very first purpose-built projection theatre. The 'Poly' as it was popularly known, offered visitors much more than magic lantern shows; they could enjoy kaleidoscopes, photographs, 3-D stereoscopes illustrated newspapers and optical toys.

All of MOMI's exhibits are unique. Or to put it another way, every exhibit is a special exhibit, so that there is always something new to see.

Recent exhibits include a retrospective on Ealing Studios, covering both the films produced at Ealing and the iconic posters used to promote them.

The museum has a cafe and shop. There is no onsite parking, aside from limited parking for disabled access, available by pre-arrangement.

Nearest Accommodation to Kent Museum of the Moving Image:

More self catering near Kent Museum of the Moving Image

More Hotels near Kent Museum of the Moving Image

More bed and breakfasts near Kent Museum of the Moving Image

Self Catering near Deal