HERITAGE HIGHLIGHTS:   One of the finest examples of an Arcadian landscape garden 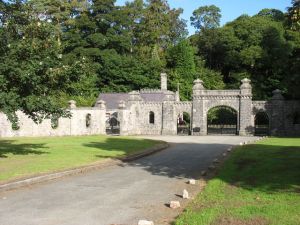 The Vaynol estate lies on the mainland side of the Menai Strait and comprises over 1000 acres of parkland, including a garden laid out in Elizabethan times, parkland designed in 1820, and woods dotted with a castellated tower, mausoleum, and boat house. The parkland is contained within a stone wall 7 miles long, and holds over 30 listed buildings including a chapel and medieval tithe barn.

The Vaynol estate (Y Faenol in Welsh) was originally owned by the Bishops of Bangor. In the 16th century the Bishops sold part of their manor of Maenol Bangor. Thomas Williams, High Sheriff, took ownership in 1572. The Williams family built Faenol Old Hall, but when Sir John Williams died without an heir in 1696 the estate reverted to the crown. In 1723 it was granted to the Smith family, who built a new house called Vaynol Hall. The Old Hall became a farm building.

The Assheton Smith family owned Vaynol from 1723 until 1984,and at one time the estate covered a vast area of around 35,000 acres, stretching from the Lleyn Peninsula into the heart of Snowdonia. Unfortunately, during the 20th century the family was forced to sell off large areas of the estate, a bit at a time.

The National Trust now owns parts of the estate, but the bulk of the original estate is owned by a private company and is a venue for large events.

The Old Hall was derelict for many years, but has now been at least partially restored. During restoration it was discovered that parts of the building arte much older than originally thought, and date to the late medieval period.

In 1820 the Assheton Smith family laid out a coastal landscape park, including water features such as a lake and boathouse. Near the Old Hall lies a restored Elizabethan garden with terraces and walled areas. Of the buildings added during the 1820 landscaping perhaps the most intriguing is the Tower, a viewing platform meant to give sweeping views over the landscape, with the Menai Strait to one side and the heights of Snowdonia to the other.

What makes the Vaynol gardens so fascinating is that it was conceived as an expression of the 18th century ideal of an Arcadian landscape, not a garden in the normal sense, but a neo-classical arranged landscape on a huge scale, with romantic elements arranged for maximum impact. The result is one of the most complete and best examples of an Arcadian landscape garden in Britain.

The landscaped garden took full advantage of the estate's setting between the Menai Strait and Snowdonia. Exotic plants were laid out along the main drive, a lake dredged and fishponds created, and a water garden and rose garden created to align with the summit of Mount Snowdon.

There is limited public access to the parkland, along roadways and paths from Parc Menai and Gelli Morgan lane. The area around the Old Hall is generally closed to the public. As mentioned the estate hosts regular public events, which do offer the chance to see both historic halls at closer distance. The National Trust also has a picnic area at Glan Faenol, just west of the estate. 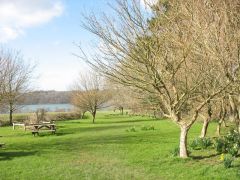 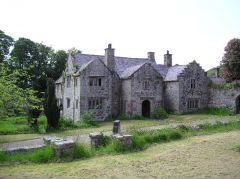 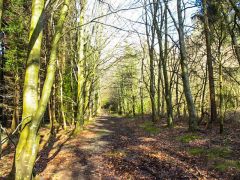 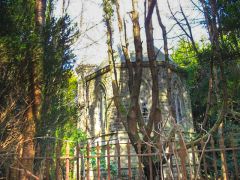 More self catering near Vaynol >>

More bed and breakfasts near Vaynol >>