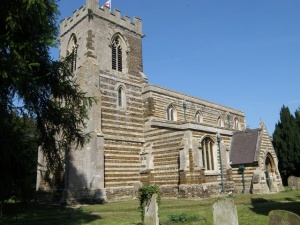 The village of Tempsford straddles the A1 beside the Cambridgeshire border, some 2 miles from the town of Sandy. The rush of automobiles belies the village's historic associations. According to the Anglo-Saxon Chronicle, the Saxons and Danes fought a battle here in 921 AD, a fact commemorated by a tablet in the parish church.

The major feature of Tempsford - apart from the Victorian building of Temsford Hall, which is now used for industrial purposes - is the Church of St Peter.

The earliest work here dates to the 14th century with remodelling in the early 17th and late 19th centuries. We've already mentioned the commemorative tablet to the Battle of Tempsford, but the church also features an octagonal 15th-century traceried pulpit and a very large wooden chest carved from the trunk of a single tree.

The church rectory has a wing dating to the 15th century, though much of the remainder is Victorian.

Much more recently, Tempsford airbase was used during WWII as a base for flying undercover agents into occupied Europe. The S.O.E. (Special Operations Executive) sent agents here from all over Britain for their final flights into danger. The airfield itself has not been preserved, and much of it is overgrown. 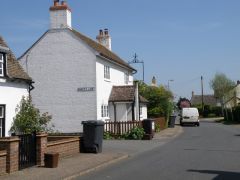 More self catering near Tempsford

More bed and breakfasts near Tempsford