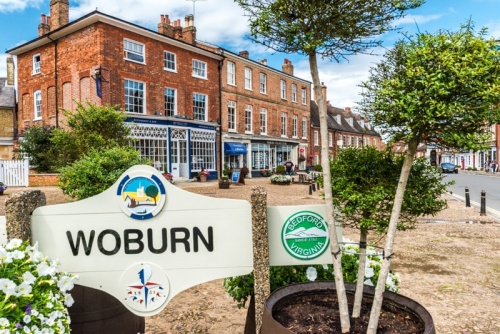 Woburn is most widely known for its twin attractions of Woburn Abbey and Woburn Safari Park, but the village itself deserves attention in its own right. There are over 200 listed buildings in the village, most of the Georgian period.

The village has made a concerted effort to maintain an atmosphere of Georgian elegance, which is evident in the collection of shops selling gifts and antiques. Old St Mary's church houses a small heritage centre which tells the story of the village and its famous landlords, the Dukes of Bedford.

Woburn was little more than a quiet hamlet until 1145 when monks from Fountains Abbey in Yorkshire established an abbey on the edge of the settlement. Boosted by its proximity to the abbey the hamlet soon grew into a village.

The first record of a church comes from 1245 when a chapel is recorded on Bedford Street, probably where Old St Mary's now stands. 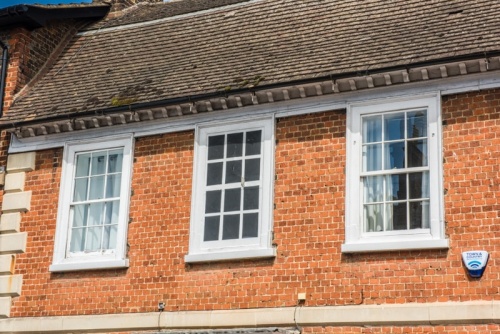 A painted window on Bedford Street

In 1290 Queen Eleanor of Castle died in Northamptonshire, and her body was carried in state south to Westminster for burial. On the way, the procession stopped overnight at Woburn. Edward I ordered that a memorial cross be erected at every place the procession stopped. No trace of the elaborate cross now remains.

We are not sure where Woburn's Eleanor Cross stood, but it may have been in, or near, the churchyard of Old St Mary's. A model of how the cross probably looked is on display in the Heritage Centre.

By the time the Eleanor Cross was erected Woburn was a thriving centre for wool trading and mining Fuller's Earth. Its prosperity as a trading centre was established with three yearly market fairs.

In 1582 Woburn School was erected beside the church on Bedford Street. The school has outlasted the church and is still a place of education.

In 1724 a devastating fire destroyed much of medieval Woburn. The Duke was in the process of building the present house at Woburn Abbey and sent his own architects to restore the damage. That is why so many beautiful Georgian buildings line Bedford Street, George Street, and Leighton Street.

One of the things you notice quickly when exploring Woburn is the large number of Georgian buildings with facades painted to look as if there are more windows than there actually are. Historians assume that these 'false' windows were created to make building frontages look symmetrical and avoid paying the ubiquitous window tax that charged property owners based on the number of windows they had.

During the early 19th century Woburn thrived as a staging post. So busy was traffic that the village supported 27 coaching inns and the first 24-hour post office outside London. The coming of the railway put an end to Woburn's coach trade, and the population declined.

Several attractive older inns survive. On Bedford street is The Bell pub, with a history going back to the 17th century. Nearby is the (very slightly) younger pub, the Black Horse. Look for the amusing statue of a black horse in the alley leading to the pub's inner courtyard. 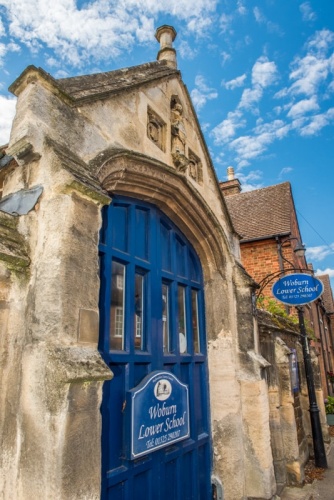 On one side of the Market Place is the imposing Town Hall (though Woburn is, in fact, a village). The Town Hall was built in 1830 in Jacobean style by the 6th Duke of Bedford to a design by architect Edward Blore. It replaced an earlier 18th century Market Hall in neoclassical style.

A more modern piece of ecclesiastical architecture is St Mary the Virgin, built by the 8th Duke of Bedford in 1865-68. The church originally had a spire, but this proved unsafe and was removed in 1890.

St Mary's takes its inspiration from the French Gothic style but is blessedly restrained - at least by the standards of Victorian Gothic. Note the gargoyles and other strange creatures peering from the tower.

Woburn Safari Park
The largest drive-through safari park in England, Woburn provides an opportunity to study African wildlife close at hand - through a car window. Lions and tigers roam through the park, and visitors can also try their hands at feeding nectar to lorikeets in the glass aviary.

There is a large free parking area opposite St Mary's Church on Park Street (the main route to the Woburn Abbey entrance gates). At the parking area entrance is a large map of the village and free printed maps to take with you while you explore. 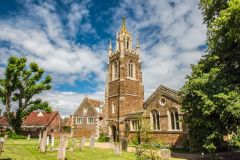 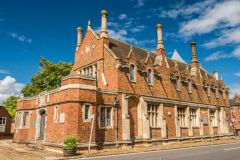 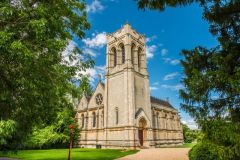 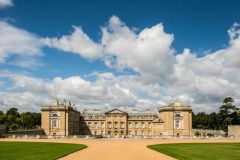 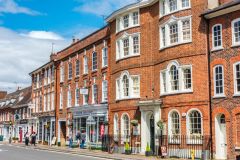 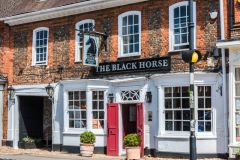