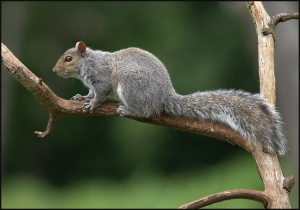 The Lodge is the national headquarters of the Royal Society for the Protection of Birds (RSPB). The RSPB administers a 545-acre plot of woodlands and sandy heath with trails and wheelchair access to hides for bird and animal observation.

Star species at The Lode include the great spotted woodpecker, the spotted flycatcher, the green woodpecker, the hobby, and the nuthatch. In December and January the estate is home to hordes of finches in the farm fields, and winter thrushes abound from January - March. In summer you will see hobbies over the heath areas.

There is more to see than birds, however. In spring the woodlands are lush with bluebells, snowdrops and daffodils. The formal garden areas are at their best from May when the azaleas and rhododendrons come into flower. The heather flowers in August, and in autumn there are over 600 different varieties of fungi.

The story of The Lodge really begins in 1851 when the estate was purchased by Captain Sir William Peel. Before Peel's arrival, the estate was mostly open heathland. Peel began to plant large plantations of trees and built a cottage in Swiss style. The cottage now serves as the gatehouse and shop.

Captain Peel died of smallpox during the Indian Mutiny of 1858 and the estate passed to his brother Arthur Wellesley Peel. It was Arthur Peel who built The Lodge, the main house, in 1870. The land was requisitioned by the Ministry of Defence in WWII and used as a storage depot for munitions. In 1961 the RSPB bought The Lodge estate and opened it to the public.

There are formal gardens around The Lodge, with a wide variety of trees, including sweet chestnuts, weeping birch, and fine old cedars. There is a modern terraced fishpond on the south of the house, and two small, walled gardens thick with wisteria and clematis, plus a Victorian terrace. An Iron Age hill fort stands within the estate.

More self catering near Lodge

More bed and breakfasts near Lodge