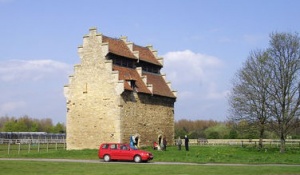 Willington Dovecote is a Tudor dovecote built by Sir John Gostwick, who served as Cardinal Wolsey's Master of Horse. This was a man who thought big; fully 1500 nesting boxes for pigeons line the walls of the dovecote. The cote and adjoining stable block are thought to have been built with stone from Newnham Priory. Admission by written appointment only; phone for details.

Beside the dovecote is a contemporary stable block. Both stables and dovecote were probably built with stone scavenged from nearby Newnham Priory after the Dissolution of the Monasteries. Together they are all that remains of what was once a range of buildings that made up Gostwick's estate.

Timber dating of the stables shows that they were erected between 1539-1540, just about the time that Gostwick was knighted. The dovecote was slightly later, built shortly after 1543. The sheer scale of these 'simple' farm buildings speaks volumes about Sir John's aspirations and his social standing. The stables may have begun as overflow lodging for visitors to the manor.

Henry VIII named Sir John as his Treasurer General and visited Willington in 1541. A later visitor was poet John Bunyan, and a signature carved above the fireplace in the stables is traditionally said to be his. Sir John's manor house was purchased by the Duchess of Marlborough in 1731 and sold it the Duke of Bedford in 1774.

By the middle of the 19th century, the buildings were in danger of decay, but they wee saved by the Bedfordshire Architectural and Archaeological Society. Funnily, the two buildings passed to the National Trust at different times; the dovecote in 1914 but the stables not until 1947.

The Willington Dovecote and stables have very limited opening times (usually one afternoon a month from April-September), so please check the National Trust website before making a trip. 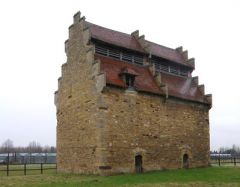 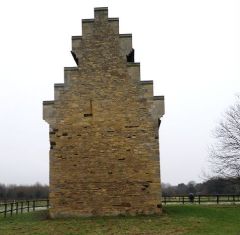 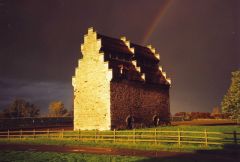 More self catering near Willington Dovecote