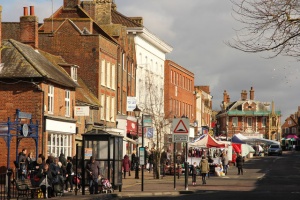 Little is known about the early history of Leighton Buzzard. The first mention of the name is from 1086, when it was called "Lestone", from the Saxon term for woodland. Over the intervening years "Leighton" has been subject to over 60 different spellings, depending on the fancy of the writer.

The second part of the name, "Buzzard", is comparatively stable, having been spelled a paltry 40 different ways over the years! Buzzard was presumably added to the town name in memory of Theobold de Busar, a cathedral officer in the town.

The 13th-century edifice of All Saints Church is the second church to stand on this site. The most striking part of the church as you approach it is the spire, which juts upward to a height of 190 feet. The sundials are from the 16th century, though the gargoyles cavorting about the exterior were added in mid-Victorian times.

Before entering the church, spare a glance for the west door. The wood of the door is modern, but the fanciful iron braces are original 13th century, created by Thomas of Leighton, who was also responsible for the screen at the tomb of Queen Eleanor in Westminster Cathedral.

In the interior, the eagle lectern is worth noting; it dates to the original building of the church in the 13th century and is one of the earliest of this common lectern motif in England.

All Saints was badly damaged by a fire in 1985 but has been sympathetically restored, and the 15th-century nave roof, with its carved wooden angels, has been returned to its former glory. The roof was the gift of Alice de la Pole, Duchess of Suffolk, who owned Leighton manor from 1465-75.

All Saints is the starting point for the annual Wilkes Walk, a curious procession of the church choir, clergy, and churchwardens across town to the almshouses in North Street. Here a short service is held, and 10 shillings dispensed to the inhabitants of the almshouses, after the will of Edward Wilkes, 17th-century benefactor of the houses, is read.

Following the orders of Wilke's son, a member of the choir is up-ended, presumably to ensure that people pay attention and remember the ceremony and his father's generosity! Then buns and lemonade are dispensed to the choir. Details and ceremony dates from the All Saints web site.

The Leighton Buzzard Railway is one of the most popular narrow-gauge railways in the country and the top visitor attraction in Leighton Buzzard. The line was first built in 1919 to carry sand, but since 1968 has operated steam-driven round-trip passenger services between Pages Parks and Stonehenge Works, a journey of just over an hour. The railway maintains the largest collection of narrow-gauge locomotives in Britain. 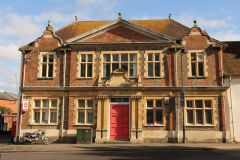 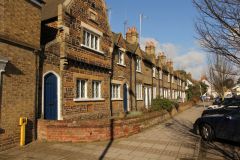 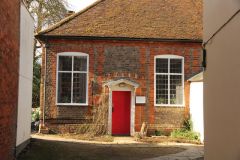 More self catering near Leighton Buzzard