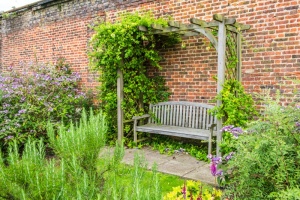 Luton Hoo is one of the finest stately homes in England, built from 1767 by Palladian master architect Robert Adam for the wealthy 3rd Earl of Bute. Lancelot 'Capability' Brown was called in to lay out the grounds and parkland, as well as a walled garden close to the house.

Adam's palatial house was rebuilt by architect Robert Smirke around 1830, but Smirke's classical house was destroyed by fire in 1843, leaving it an empty shell. The house was purchased in 1848 by a wealthy Liverpool solicitor named John Leigh, who had the house rebuilt along the lines of Smirke's design.

The house changed hands in 1903 when it was purchased by diamond magnate Julius Wernher, and furnished in opulent style, with fine art, porcelain, and rare tapestries. The house later became one of England's premier luxury hotels, and is not usually open to the public. 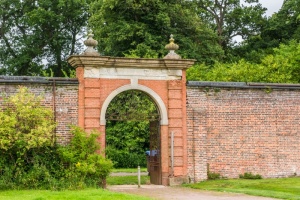 In recent years the historic walled garden designed by Capability Brown has been restored and opened to visitors. The garden was laid out in the 1760s for John Stuart, the 3rd Earl of Bute, who briefly served under King George III as Prime Minister. Aside from his political career the Earl was a keen botanist. Under his direction Capability Brown designed a 5-acre garden bordered by an octagonal wall. In its day the Luton Hoo gardens were second in importance only to the Royal Botanic Gardens at Kew.

The style and function of the gardens changed several times over the following centuries as fashions in horticulture evolved. By the mid-20th century, the gardens were an overgrown tangle, and the historic garden buildings were falling apart.

Over the past several decades the gardens have been brought back to life, in a painstaking restoration project. Restored garden sheds and glasshouses are now being used to grow plants known to have been cultivated during Lord Bute's time. Part of the restoration project has involved archiving a huge collection of historic documents, maps, and photographs covering 300 years of the gardens and the wider estate. 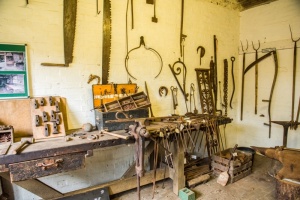 Within the original 18th century walls are a range of glass houses, including a very large 1911 timber-framed glasshouse built by the Mackenzie and Moncur company for Sir Julius and Lady Alice Wernher. The ornate Moncur glasshouse is a testament to the wealth and lifestyle of the wealthy Wernher family at the height of the Edwardian period.

There is also a peach house and a vinery, and a range of rare Edwardian service buildings including the head gardener's office, propagation greenhouses, potting sheds, stables, carriage houses, and a boiler house.

Together these buildings give a fascinating glimpse into how a walled garden was maintained in the Edwardian period. There is also a collection of 19th century gardening tools. Visitors can see how the garden was organised, how the team of gardeners worked, and get a glimpse into the extravagant lifestyle of the owners of Luton Hoo.

One modern addition to the garden is a human sundial, where you can act as the gnomon yourself to cast a shadow indicating the correct time.

Visitors are welcome from May-September (see the official website for exact opening details). The entry fee includes a guided tour of the garden and Victorian farm buildings. You can also purchase fresh produce from the garden, or take home a jar of Luton Hoo honey. 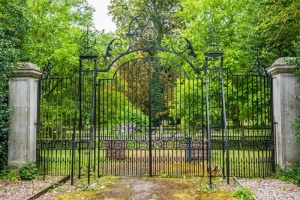 The Walled Garden at Luton Hoo offers a fascinating glimpse into the historic gardens at one of England's great stately homes.

We can highly recommend the free tour, led by one of the garden volunteers. We visited on a wet day in summer, and wondered if the tour would even go ahead, but our guide was ecellent, and despite the weather led us around the walled garden, told us about the history of the garden and its connection to Capability Brown, explained the restoration process, and showed us the Edwardian garden buildings and historic tools. We want to go back and see how restoration efforts proceed over the next few years.

The Walled Gardens has no official connection to the hotel and cannot be accessed from the hotel grounds. The easiest access is off the A1081 (London Road) south of the roundabout junction with Airport Road. Take the West Hyde Road turning off the A1081, then turn left after 100 metres into the Luton Hoo Estate. Once inside the Estate just follow the obvious signs for the Walled Garden. There is a large parking area with toilets outside the garden entrance. 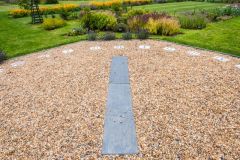 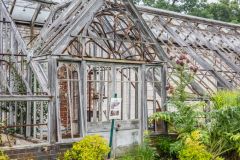 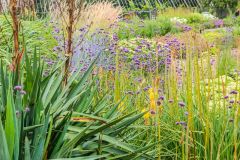 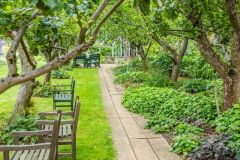 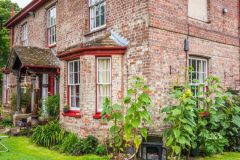 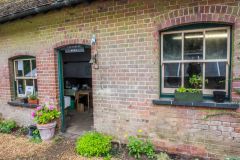 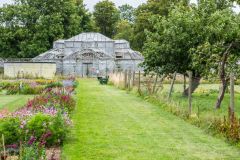