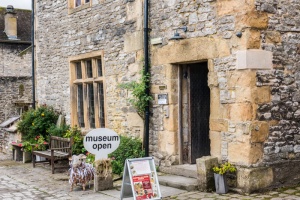 The Old House Museum stands just a few steps from Bakewell's medieval church. It is the oldest house in Bakewell, built in 1534, and has been preserved as a fascinating museum of local heritage.

There are 10 rooms on show within the house, plus an outdoor collection of historic artefacts that includes a stainless steel scale model of a mill wheel from Lumford Mill. Many of the rooms feature their original Tudor fireplaces, and the first floor rooms have exposed timber beams. One of those first floor rooms is the solar, the private family room, which houses a historic costume collection.

Several of the rooms show a specific themed time period, such as the Victorian kitchen and a 16th-century parlour. On show are local toys, examples of handmade lace, fine china, and a large exhibit of old photographs and historic cameras.

Children can dress up in period costumes and enjoy a Rat Trail, following clues and learning historical facts about the Old House and Bakewell. 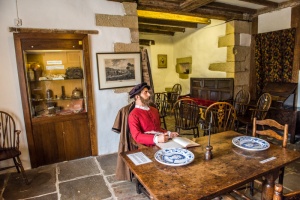 Old House was once owned by the Dean and Chapter of Lichfield, and is typical of a Tudor yeoman's house. It was built for Ralph Gell of Hopton, a lawyer and tithe collector. A tithe was a tenth of all produce, given to the church. Gell had the house built for his steward, a man named Christopher Plant, who oversaw the collection and subsequent sale of goods such as wool or oats, which were stored in a barn beside the house.

Plant's house consisted of just the 4 southernmost rooms of the present house. During Elizabeth I's reign the Gell family expanded the house, turning it into a gentleman's residence, with a chamber over the porch for storing important documents. One of the luxuries they added was a garderobe. The garderobe chamber on the first floor was discovered during renovation work and is now open to view, as is the clean-out on the ground floor. The main 16th-century room has an extremely large fireplace for heating and cooking.

In the 1620s an east wing was added at right angles to the main block, possibly by Sir John Gell. 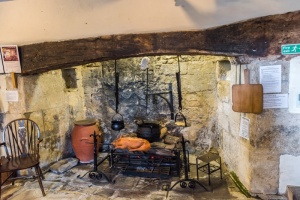 A transformation came in 1777, when the pioneering industrialist and engineer Richard Arkwright built Lumford Mill in Bakewell. Lumford was Arkwright's third water mill, and became the model for over 200 similar mills during the 18th century.

Arkwright purchased Old House and divided it into five separate cottages for his workers, and added an extension to create another dwelling. His tenants worked at home, cleaning raw cotton. Though some of Arkwright's additions have been torn down, much of what he built remains, including the internal stair by which visitors ascend to the first floor.

In the 1950s the building was scheduled for demolition. The Bakewell and District Historical Society stepped in and transformed the decrepit house into a museum.

The museum is very well signposted from the surrounding streets and is literally a few steps from the top of the churchyard. The most interesting feature to me was the very large Tudor parlour, with its huge fireplace and period furnishings.

The house is rambling, with beautiful old beams that really add to the atmosphere. Rooms are crammed with exhibits, most of which are well labelled. It really is a fascinating museum, and if you want to learn about the heritage of Bakewell, this is the place to come! 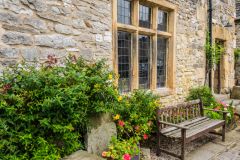 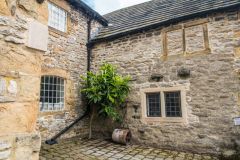 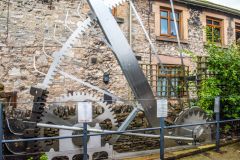 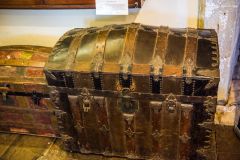 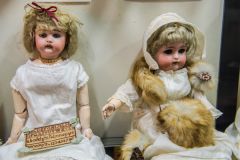