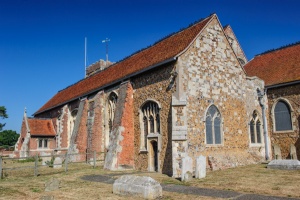 This Grade I-listed building is one of the finest parish churches in Essex. There was a church here in Saxon period, but the present building was begun around 1118, at the same time as St Osyth's Priory, a stone's throw to the north. Very little of the Norman building remains save for a round window in the west wall and a carved pilaster strip.

In the 13th century the Norman church was almost completely rebuilt with a chancel and transepts. The sheer scale of the 13th-century work is an indication of the wealth of St Osyth's Priory throughout the medieval period.

The tower was added in the 14th century, and renovated in the 18th century. It is supported on huge buttresses which make it look particularly large and imposing.

In the 1530s the earlier 13th-century nave and aisles were torn down to make way for the marvellous Tudor brick arcades that is the glory of the church. I've never seen another parish church that makes such profuse and beautiful use of the ubiquitous English red-brick.

Of course, in 1530 brick was a luxury product, and the new church building must have seemed the very height of fashion. Yet subsequent parishioners did not share the same enthusiasm, as for many years the brick was hidden behind layers of plaster so they would resemble stone. 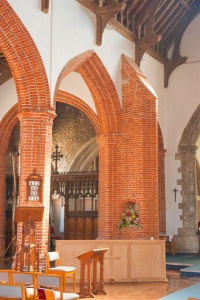 The 16th-century nave is supported by a finely crafted hammer-beam roof. The stumpy ends of the beams would originally have been decorated with angels or heraldic shields, but these were destroyed in the Reformation. It seems the Tudor builders had further work in mind, but truncated piers in the nave tell us that work ground to a halt when the priory was dissolved by Henry VIII in 1539.

Another reminder of the Dissolution is a pair of squints, or hagioscopes, beside the chancel arch. If the Tudor rebuilding had managed to widen the chancel to match the nave these would have allowed a view of the high altar, but now they look onto nothing more exciting than bare walls.

Aside from the brick arcades in the nave, perhaps the most unusual feature inside the church is a horseshoe-shaped Communion rail in the chancel. The striking stone rail we see today is a Victorian replacement of the 17th-century wooden original, but it follows the outline of the original, which is, if not unique, a least very rare. This type of rail enclosure is sometimes called a 'sheepfold' rail. 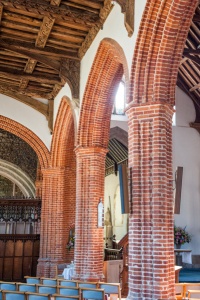 Other Victorian touches include the vividly coloured ceiling and the reredos behind the altar. In the chancel are a pair of wonderful 16th-century memorials to the 1st and 2nd Lord Darcys (d. 1558 and 1581 respectively). These monuments were installed by the 3rd Baron Darcy of Chich.

The Darcys bought the Priory after the Dissolution, and built the striking towers of the new Tudor buildings. The 1st Lord Darcy was Chancellor to Edward VI, and was married to Elizabeth de Vere, daughter of the Earl of Oxford. The 2nd Baron Darcy was knighted at Elizabeth I's coronation in 1559 and on two occasions welcomed the queen to his priory home.

Another memorial worth noting is to Benjamin Golding, in the north aisle. Golding was a doctor, born in St Osyth in 1793, who went on to found Charing Cross Hospital in London. There is also a neo-classical monument to the 4th Earl of Rochford (d. 1781) who served as Secretary to George III. On the south chancel wall is a tablet to Lucy, Countess Rochford (d. 1773), an in the chancel floor is a grave slab to Elizabeth Lambe (1757) with a finely carved coat of arms.

At the west end of the south aisle is a very worn 15th century font. Under the tower arch is a fascinating vergers pew, carved with wonderful detail. This pew commemorates Bishop Belmeis of London, founder of St Osyth Priory. 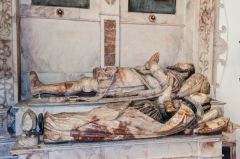 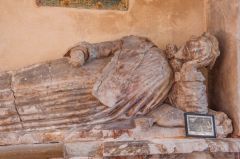 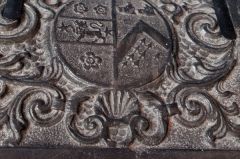 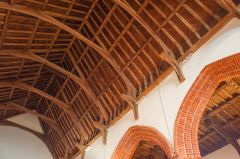 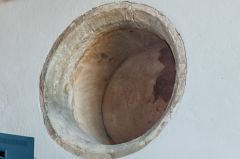 More self catering near St Osyth