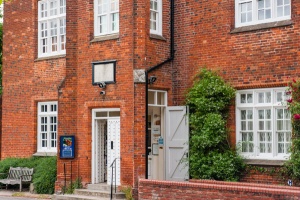 The Saffron Walden Museum was one of the very first civic museums in England. Founded in 1835, and standing beside the picturesque ruins of 12th-century Walden Castle, the museum has a range of family-friendly exhibits.

Though the focus is on north-west Essex, there are artefacts on display from across the globe. For such a modest-sized museum, the collection is rather amazing, with over 170,000 objects. 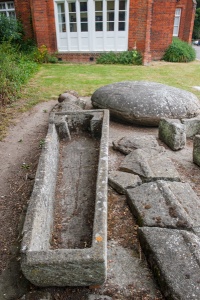 One of the museums most popular exhibits is one of its oldest; the stuffed remains of Wallace the Lion, born in Edinburgh Zoo in 1819 and given to the museum by owner George Wombwell after Wallace's death in 1838.

Other intriguing artefacts include a glove thought to have belonged to Mary, Queen of Scots, a 9th century Viking pendant, and an ammonite fossil dating back almost 200 million years and found near the town.

The museum was launched by the Saffron Walden Natural History Society, with an eye to illustrating diversity in different cultures through arts and manufacturing around the world. Early benefactors included wealthy Quaker families like the Frys, Tukes, and Gibsons.

The first professional curator was appointed in 1880, but the museum building is still owned by the same local society, though under the updated name, the Saffron Walden Museum Society.

Outside the museum, on the drive that leads towards the church, are several medieval stone coffins and a collection of glacial erratic boulders over 150 million years old.