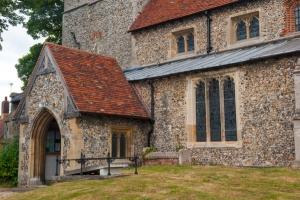 Wendens Ambo is a small village just 2 miles south-west of Saffron Walden, in the north-west corner of Essex. There was a church here in the Saxon period as early as the 8th century, but that early church was rebuilt in the late 11th century, with later rebuilding throughout the medieval period. The design is fairly typical of a small parish church, with a west tower, aisled nave, chancel, and south porch.

The tower incorporates bits of the earlier Saxon church. The most interesting and unusual features is a series of round window openings, like portholes, near the top of the 11th-century tower. These small openings, or 'sound holes' are similar to late Saxon windows in St Bene't's church in Cambridge.

The tower doorway is built with Roman bricks from a nearby villa, and more Roman bricks are used for small, single-light windows higher in the tower. The tower is topped with a 15th century shingled spire of the type known as a 'Hertfordshire spike' (very steep-sided and narrow). 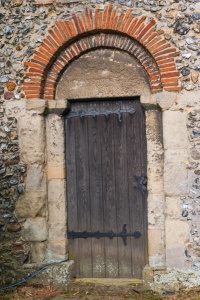 Roman bricks in the
tower doorway

Several medieval features make the interior a delight; among them an early 15th-century effigy of a knight, thought to be Sir William Lovenay (died c. 1436). Lovenay held the manor of Great Wenden for 30 years and was the patron of the living at Little Wenden. He served as Keeper of the Great Wardrobe for Henry IV in 1399.

It is worth noting that the brass bears the date 1410, whereas Lovenay did not die until 26 years later. It was quite common for nobles to have their memorials prepared long before they died, and Lovenay seems to have had his bras made at least a quarter-century before his death.

A much more modern memorial is to a sailor who served with Admiral Nelson at Trafalgar but lived until 1886 and died aged 104. The north nave arcades have fascinating carved hood mouldings, which terminate in four grotesque carved heads. One is clearly a monkey, and another seems to be winking. The font is 14th century, with a carved top of about 1600.

The pews are a mix of medieval and modern, but the medieval ones feature really interesting carved ends. Among the carved figures is a boar with its foot on a mirror. This is thought to represent the story of 'The Tiger and the Mirror' from The Book of Beasts (a popular 12th-century bestiary), but it is obvious that the woodcarver had never seen a tiger so had to use a boar. 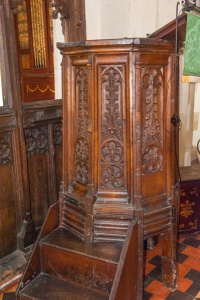 The pulpit is very unusual, with 9 sides, and dates to the very early 16th century. Of similar date is the chancel screen, though this was damaged in the Reformation it has quite intricate and beautifully carved tracery.

On the south wall of the chancel is a 14th-century wall painting depicting the story of St Margaret of Antioch. This was hidden for centuries beneath layers of limewash and was only uncovered during efforts to install an organ chamber. The organ dates to 1780, and is beautifully decorated. It was probably built for a private house, and no one relly knows how it came to be in the church! On the north wall of the chancel is a fragment of a 16th century inscription. The north chancel windows contain pieces of medieval glass, some from the European continent, including a 16th century Flemish roundel.

A very pretty church with some fascinating memorials and architectural details. The view from the west tower along the row of cottages that stand beside the church is about as idyllic a sight as you will ever see; a perfect picture of a traditional English village scene. 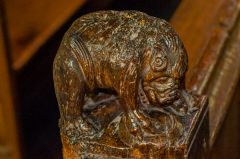 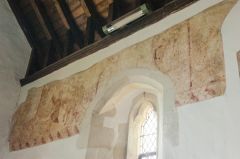 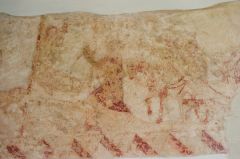 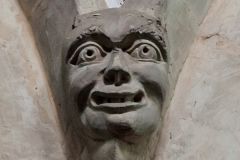 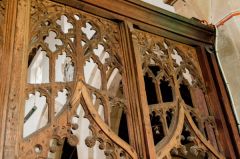 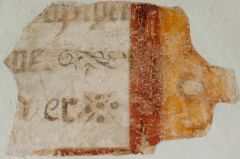 More self catering near Wendens Ambo