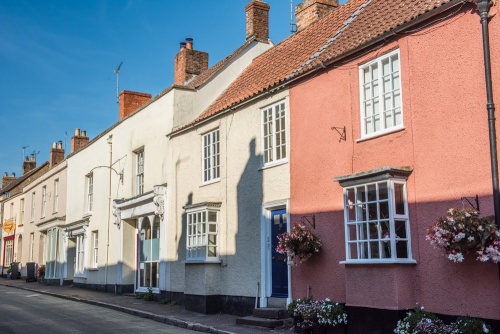 The town of Berkeley stands on the eastern bank of the Severn estuary. There's a lot of history in this small Gloucestershire town - most of it centred on the formidable fortress of Berkeley Castle. The castle is famous as the place where the imprisoned King Edward II met his grisly death. 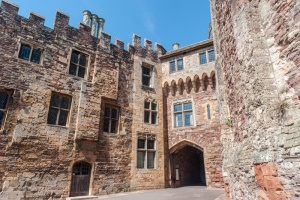 Berkeley Castle rises like a grim, grey prison brooding over the nearby Severn estuary. It was here, in a small, squalid room just off the main entrance to the castle, that the unfortunate Edward was cruelly murdered by his captors in 1327. Lord Berkeley, the owner of the castle and Edward's official gaoler, had a convenient alibi for the time of the murder, but it beggars belief to imagine that he did not know of the plot to kill the king.

There has been a manor at Berkeley since at least the late Anglo-Saxon times. Earl Godwin, father of Harold, the last Saxon king of England, owned Berkeley Manor. There is an ornate silver chalice at the castle that is said to have belonged to Earl Godwin. The story goes that Godwin took communion from the cup every day. One day he forgot, and a storm promptly destroyed his lands in Kent.

The present castle at Berkeley was begun in 1153 as a shell keep. This fairly unusual design saw the stone keep surround a central mound rather than sit atop it in the normal style. A few generations later, in 1215, the castle was the final assembly place for the rebellious West Country barons on their way to their final confrontation with King John at Runnymede and the signing of the Magna Carta.

Berkeley Castle next made its appearance in the annals of English history when William Berkeley, nicknamed William-the-Wasteall by a family historian, gave the entire estate of Berkeley to King Henry VII in exchange for being made Earl Marshall of the realm.

It seems that the Dukes of Norfolk, hereditary holders of the title, had fought against Henry at the Battle of Bosworth, and as a result, had the title revoked. William did not pass on his hard-bought prize to subsequent generations of Berkeleys, for he died without an heir, and the title reverted to the Norfolks. 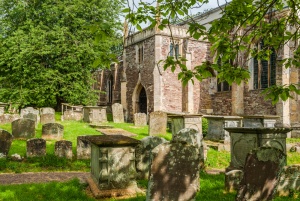 The castle was the property of the crown until the death of Edward VI when the entail was broken. Elizabeth I was much annoyed by this provision. She tried unsuccessfully to give Berkeley to her favourite, the Earl of Leicester, but it was not hers to give.

The bitterness between Elizabeth and the Berkeley family came to a head when the queen came to stay at the castle on one of her many "progresses" about the country. As she rode in the front gate with her entourage, Lord Berkeley rode out - a supreme insult to the proud queen and one she did not soon forget.

The castle was besieged by Cromwell's army during the English Civil War and suffered a great deal of damage. The outer walls were flattened, the Gate House destroyed, and the drawbridge demolished. The castle surrendered after three days of bombardment, so further damage was avoided.

The interior of the castle is blissfully original. There is a 14th-century great hall built just inside the castle wall. A lovely 16th-century wooden screen graces one end of the hall.

The room where Edward II met his fate can be viewed, but for those with a less gruesome turn of mind, the medieval kitchens and the morning room created from a Norman chapel are open to visitors. Another prize at the castle is the chest carried by Sir Francis Drake on his voyages on the Golden Hind. There are the requisite family portraits, including a Gainsborough and a Reynolds, and very simple gardens.

Immediately beside the castle is St Mary's church, which holds memorials to many of the Berkeley family, including Thomas III, 8th Lord Berkeley (1361), and his wife. In the churchyard is the grave of Dickie Pearce, the last court jester in England.

Pearce met an untimely end when he fell from the minstrel's gallery in the great hall of Berkeley Castle during a performance. Look for a Roman brick incorporated into the chancel arch, and the monument to Edward Jenner, inventor of the vaccine for smallpox.

Jenner's house, known as The Chantry, backs onto the churchyard, and is now a museum of his life and work, with fascinating displays on the history of immunology. In the garden is a hut where Jenner inoculated local people, free of charge. The hut, which Jenner called the 'Temple of Vaccinia', has been dubbed the birthplace of public health. 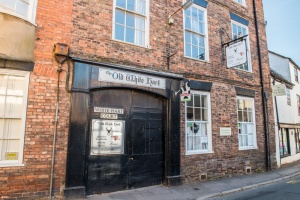 The town centre is full of interesting historic buildings, including the Berkeley Arms pub, and the Victorian town hall.

Legend tells us that William Shakespeare wrote his play A Midsummer Night's Dream to be performed at the wedding of a Berkeley family member in 1596. The story might well be true, for Shakespeare is thought to have lived briefly in the area.

A much less plausible tale is the legend of the Witch of Berkeley, who sold her soul to the Devil in exchange for riches. When the time came for the Devil to claim her she tried to renege and took refuge in the church. The sacred place proved unable to protect the witch, for the Devil entered and carried her away tied to a black horse covered with sharp spikes.

LOCATION
Berkeley is at the junction of the B4066 and the B4509 halfway between Gloucester and Bristol. 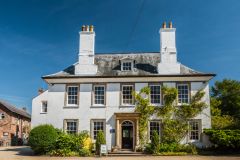 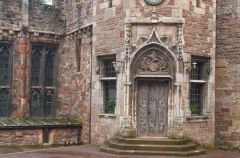 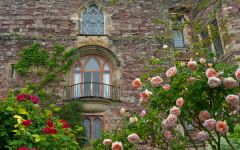 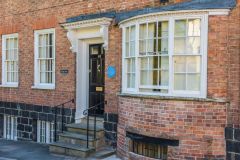 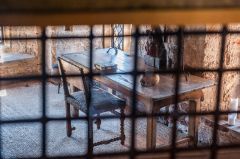 More self catering near Berkeley

More bed and breakfasts near Berkeley