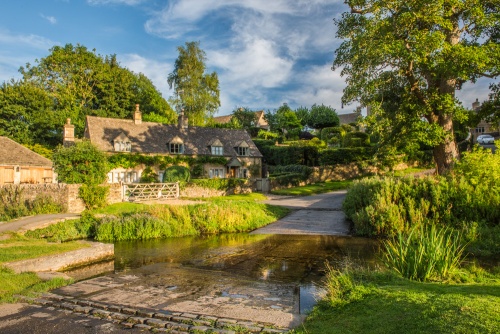 The ford at Upper Slaughter

Upper Slaughter is a quiet Cotswold village with a meandering stream through the village centre. It takes its name from the Old English 'Slohtre', meaning a muddy place. The same word gave us our modern 'slough'.It grew up below a very early castle at a crossing of the River Eye, sometimes known as Slaughter Brook.

Romano-British burials have been unearthed on Copse Hill, suggesting that there may have been a settlement here in the Roman period. If so, it was of short duration, and there is no evidence of any other settlement until the 11th century. A tradition says that the castle mound in Upper Slaughter was built to withstand attacks by the Danes, but this seems unlikely.

The castle mound stood on a shoulder of land below the present church and above the River Eye. Excavations in the castle moat revealed 13th and 14th-century pottery fragments. It seems very likely that the castle only existed for a short period of time. Records do show that there was a king's sergeant appointed for the royal manor of nearby Lower Slaughter, but he doesn't seem to have had any connection to Upper Slaughter. 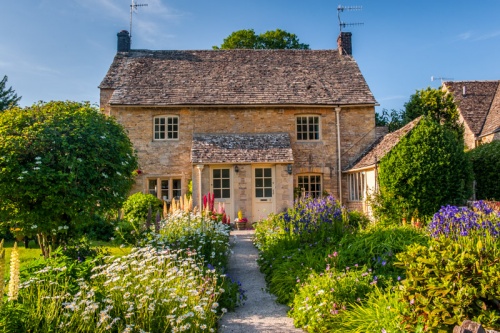 Lesser known than its neighbour, Lower Slaughter, Upper Slaughter is equally pretty - which is saying something, indeed! The River Eye, a tributary of the River Windrush, winds through the village; the water is so shallow that you can cross by way of a cobbled ford, though there is a footbridge for those who prefer dry feet! Like most of the cottages in Upper Slaughter, the footbridge has been listed by Historic England for its heritage value.

The village architecture is pure Cotswolds, which is to say, absolutely lovely. Upper Slaughter has nothing in the way of attractions, but it is a wonderful example of what makes the Cotswolds so enjoyable to visit. 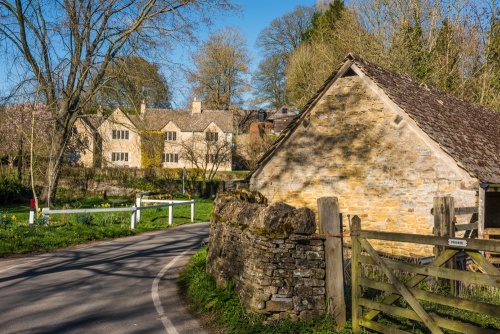 The village square - known for obvious reasons as The Square - is small, but there are some quite nice medieval almshouses on the north side, incorporated into a pair of 17th-century cottages. These were restored by Sir Edward Lutyens in the early 20h century. Across the road is a row of detached cottages with lovely gardens. Near the church is the former schoolhouse, built in the middle of the 19th century and still boasting its school bell.

Upper Slaughter Manor is a lovely late medieval house with later Tudor additions, set in wonderful gardens. Beside the manor is the former rectory, now a luxury hotel known as the Lords of the Manor Hotel. You can get outstanding views of the manor and grounds from the gentle path across the fields to Lower Slaughter, a mile distant. 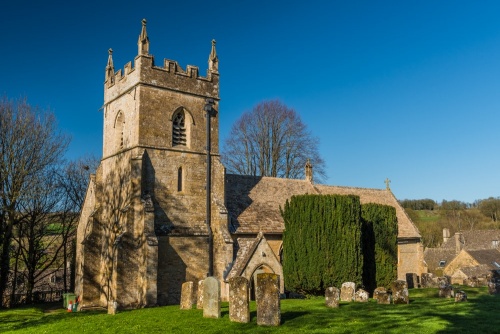 The parish church of St Peter has a slightly unusual approach; the path leading to the south door is cut between two high banks, so that you can imagine you're heading into a hobbit hole. The church itself is quite pretty and dates to the 12th century, with Saxon stonework incorporated into the tower wall. There is a beautifully-carved 12th-century tower arch, a 14th-century niche for an Easter Sepulchre, and Elizabethan brasses to members of the Slaughter family.

I've visited Upper Slaughter many times, and find myself coming back again and again. The ambience of the River Eye flowing gently under the footbridges, the lovely Cotswold architecture, and a simple park bench under the spreading boughs of a tree beside the river, provide a timeless sense of peace to Upper Slaughter. 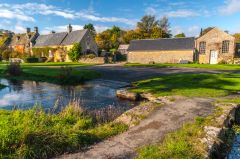 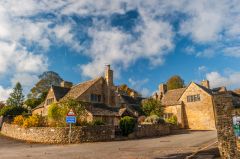 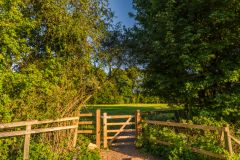 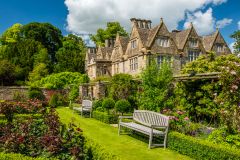 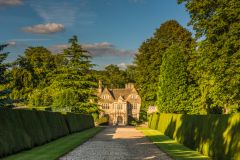 More self catering near Upper Slaughter