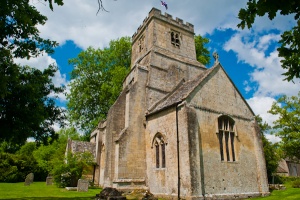 The view across water meadows and the peaceful River Coln to the church of St James the Great at Coln St Dennis is one of the most perfectly idyllic sights in the Cotswolds. Though it lies only a few miles from the popular tourist destination of Bibury, not many people travel the winding lanes to Coln St Dennis, so the view is a treasure known only to a few.

Quite what to call Coln St Dennis's parish church seems to be a matter for some debate. You might naturally assume from the name of the village that the church is dedicated to St Dennis, or Denis, a 1st-century French bishop, but you'd be wrong; it has apparently never held that dedication.

In the 13th century, records suggest it was dedicated to St Catherine, and local tradition insists on St Kenelm. Indeed, there was a tradition of a village feast on St Kenelm's Day. However, the official designation is St James the Great (St James Major) so we shall stick with that. 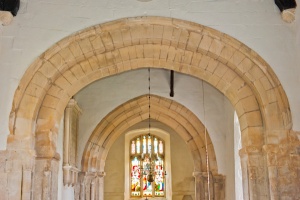 UPDATE: According to the Victoria County History series, vol. 8 (1968) for Gloucestershire, the church was briefly dedicated to St Dennis in the 18th century, but for some reason, that dedication did not remain permanent. So that makes a total of at least 4 different dedications!

There was probably a church here beside the River Coln in Saxon times, certainly by 804 AD when Aethelric of Mercia granted the manor to Deerhurst. There is no architectural record of that Saxon church, and the earliest bit of the current church is Norman. There are definite Norman pillars supporting the sanctuary arch, and several deeply splayed Norman windows remain.

The exterior is intriguing; there is a sizeable nave rather dwarfed by a squat central tower, and an even smaller sanctuary. Massive buttresses support the bulk of the tower, which is original Norman work and the church's prime distinguishing feature.

It was relatively rare for the Normans to build churches with central towers, certainly, there are very few in the Cotswolds. In the case of Coln St Dennis, the tower has remained almost unaltered, with the exception of a castellated belfry. The weight of the belfry later caused part of the east end to collapse. 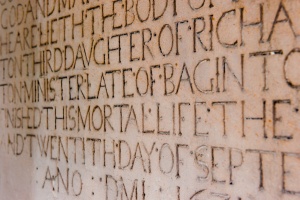 You enter the church through the 16th century north porch, protected by a magnificent wooden door, weathered with age. The date 1637 is carved into the door, with the initial THH. Perhaps the builder who fitted the door? Or just a bit of historical graffiti?

The interior is fairly plain, with few embellishments. There are several interesting wall monuments, however, including one to Joan Burton (d. 1631) in the sanctuary. The inscription is rather poetic, reading:

Heare lyes my body fast in closed within this watery ground. But my precious soule in it cannot now be founde but at the Doome and general Judgment Daye my Saviour Christ will bid me rise and come awaye altought [although] I never maried we are to any man as if my soul and body to my Saviour. God and ma shall then be knit. Heare lieth the body of Ioahne Burton third daughter of Richard Burton Minister late of Baginton who finished this mortal life the Two and Twentith day of September ANO DMI 1631

There are further monuments to members of the Kirrill family, including Captain John Kirrill, who died at the Battle of Val in Flanders, in 1747, and an interesting memorial to Sir Benjamin Kemp, Bt. (d. 1777).

If you have the time, stroll up the minor road signposted Bibury, to the Saxon church at Coln Rogers about 1 mile away. 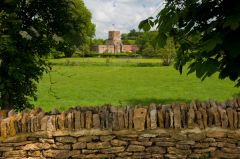 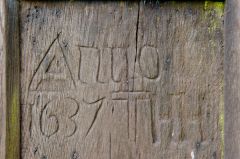 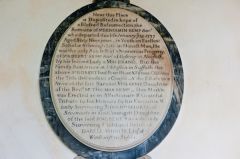 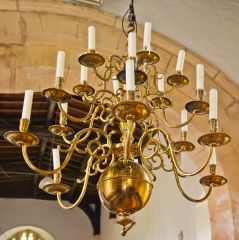 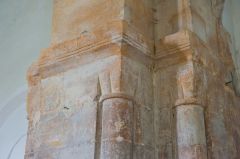 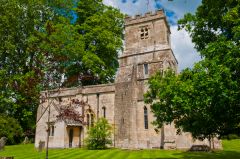