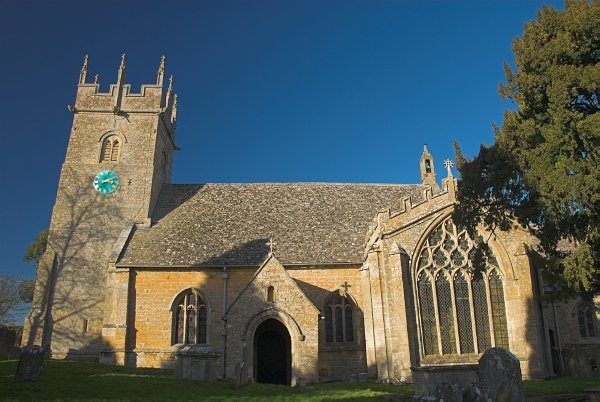 Summary
A 12th-century church situated in the lovely little Cotswold village of Longborough.

We don't know for sure how long the parish church of St James has stood in Longborough. It is possible that the church dates back to the Saxon period, but it seems likely that it existed in the early Norman period at the latest. The first recorded rector of St James was William of Luton in 1264. 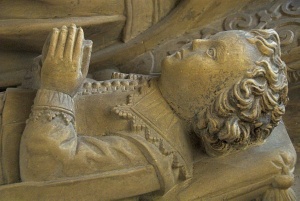 Effigy of a child on the Leigh memorial

The most intriguing aspects of St James are contained in the transepts. Let's take the south transept first. The transept is lit by a very large set of traceried stained glass windows, creating an unusually light and airy space.

There are two tombs set against the south wall of the transept. To the east is a 14th-century table tomb, with the carved figures of a knight in armour and his wife. The carving on the head of the effigies is worn, but the feet are in very good repair. The pose of the knight is intriguing; his feet are set at angles, one above the other, and resting on an animal that may be a dog.

Beside the medieval tomb is a grandiose Jacobean memorial to Sir William Leigh (d. 1631) and his wife Elizabeth (d. 1664). The carving is exquisitely detailed, though the decoration is subdued by comparison to many tombs of this period. At the base of the tomb are friezes of the couple's sons and daughters in a kneeling pose.

The Latin inscription upon the tomb has been translated on an informational plaque beside the tomb. It reads:

Sacred to the memory of William Leigh Knight and also Elizabeth his wife. He came from both the lines of Leigh and Berkeley, enriched with noble blood, and ornamented each family with his virtues; as a youth he devoted himself not unhappily to work of scholarship at Oxford; of full age, having entered into matrimony, it was his custom to give his wealth in alms compassionately and liberally, not without loss; the office of justice of the peace he executed for many years with the greatest impartiality not just the letter of the law; attacked at length by consumption, he changed this life for a better, in the month of November, in the year of the Christian era 1631, aged 48. And four sons and as many daughters the issue of his marriage, of these three, namely, Isabel, Elizabeth and Anne, survive both parents. Two of the sons, namely William and George, the father left still living; the mother only the elder. She was the daughter of William Whorwood, Knight, of Stafford. Bereaved of her husband, for 34 years of uninterrupted widowhood she drew out a truly religious life; her house always offered a refuge to the poor of the neighbourhood, and an asylum to faithful subjects of the king (in most difficult times). This not unseemly monument to the best of husbands and to herself was set up with a generous endowment from the liberal hand of the younger son while he lived; at length she acquired immortality by a perfect death on the 23rd March in the Christian year 1664-65, and in her 83rd. 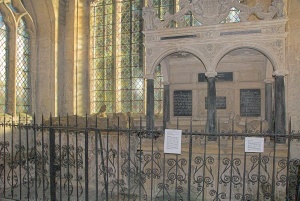 In 1822 the Cockerell family of the neighbouring parish of Sezincote were granted the right to build a family chapel in St James, as their own church in Sezincote had fallen into disrepair. The Cockerells built their chapel and burial vault in the north transept.

The vault was used for only eight burials, then it was bricked up. The chapel stands on top of the vault, with the result that the north transept is raised to a level of four or five feet above the level of the nave, creating a sort of galleried transept accessible only by a set of stairs.

Tucked into a corner of the Sezincote Chapel is a turret clock dating to sometime between 1699 and 1752. The frames supporting the clock mechanism is probably earlier still. The clock was found in pieces in the tower in 1987 and was reassembled here. It is in working order though it is not in daily use.

There is limited parking right outside the church, but there are numerous side streets nearby where you should be able to find a parking spot. There's a nice pub just up the road, too! 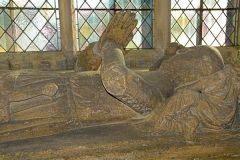 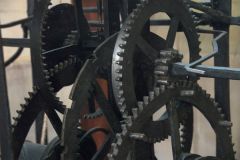 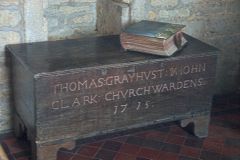 More self catering near Longborough

More bed and breakfasts near Longborough