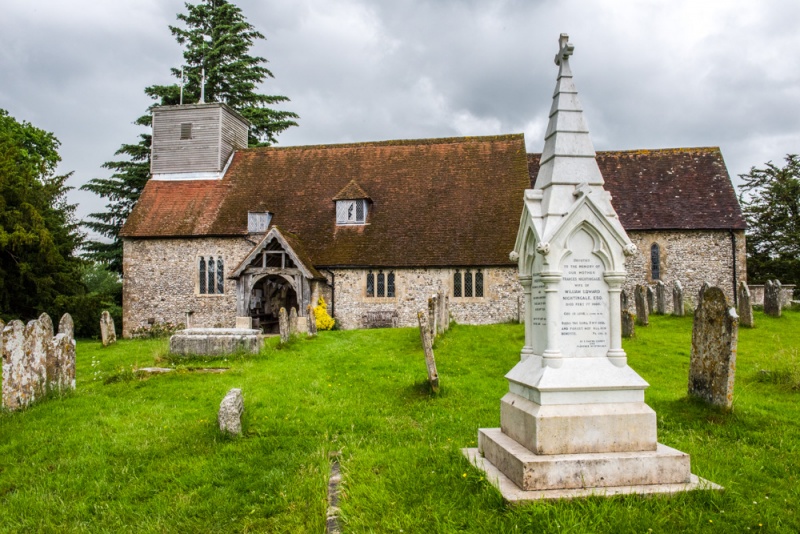 The Hampshire village of Wellow is scattered across a large area, including clusters of hamlets like Canada and Embley. The houses used to cluster around the medieval parish church of St Margaret of Antioch, but over the centuries people built closer to the A36, the main route between Salisbury and Southampton.

That left St Margaret's isolated, down a country lane cul-de-sac, with only a few houses nearby. Those who make the effort to find the church usually do so because of its connection with Florence Nightingale, whose memorial stands on the south side of the churchyard.

This understated inscription, set beneath a simple cross and a trefoil arch, might seem poor recognition of her contributions, but it is in accordance with Florence Nightingale's will. 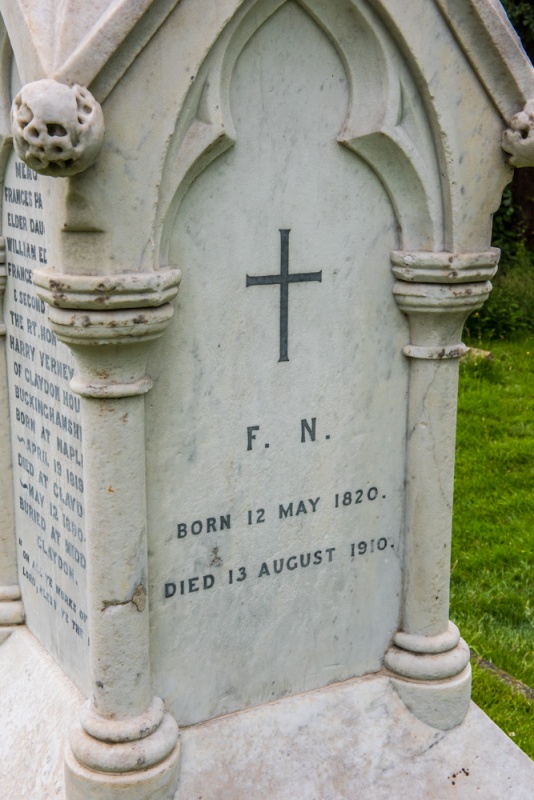 The church dates to around 1215, though it stands on the foundations of at least one earlier building. The church was in the hands of Netley Abbey by 1251, and remained the abbey's possession until the Dissolution of the Monasteries.

The church nave dates to the early 13th century, and the chancel to later that same century. The south aisle was added in the 15th century. Look for a medieval scratch dial on the south-eastern end of the nave wall.

Near the porch is a sundial made from pieces of the medieval font, which was broken up and replaced in the 19th century. Other fragments of the font are inside the church; one lies on the window sill near the priest's pew, the other is at the base of the timber post supporting the bell cote. One other unusual external feature is a wooden-framed window, set into the east wall of the south aisle.

The porch is 15th century, but the supporting timbers date to the 13th century and are the oldest in the church. Look for the numerous small holes, or pits, in the surface of the oak door. These show where rat-catchers pinned dead rats and other vermin until the churchwardens had paid them for their work.

Inside the door is a medieval holy water stoup, and you can see remains of wall paintings around the niche. The nave roof is 15th century, in queen-post style. The pulpit dates to the early 17th century. It was discovered in a nearby barn in 1907 and brought back into the church. 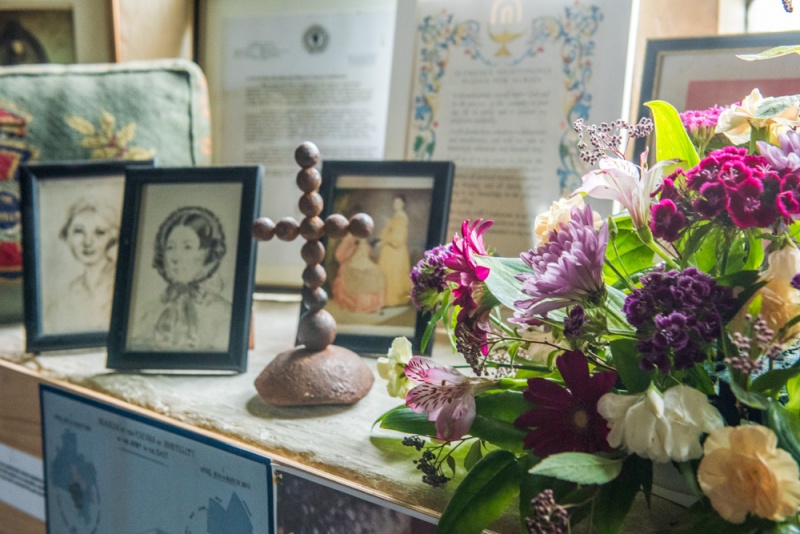 A window on the south wall has been transformed into a memorial to Florence Nightingale. This includes several personal items given to St Margaret's by Nightingale in her will. Among them is a replica of the Scutari Cross. The original was made from spent bullets by a soldier in the Crimean War and given to Nightingale in thanks for her help. Sadly, the original cross was stolen and never recovered. Beside it is a simple framed text that once hung on Nightingale's bedroom wall. A memorial plaque to 'The Lady with the Lamp' is set on the wall.

The main historic feature inside the church are several excellent medieval wall paintings. These were discovered hidden under layers of plaster in 1891. Most of the wall paintings date to the 13th century, though there are some even earlier examples. Throughout the church is a repeating pattern of squares decorated with flowers, painted around 1270.

In its usual place on the north wall, facing the church entrance, is a figure of St Christopher carrying the Christ child. He bears an eel spear in one hand, and you can see eels swimming around his feet in the river below. St Christopher is usually shown with a staff, but there was a history of eel fishing in the East Wellow area in the medieval period, and the use of an eel spear suggests a very early date for the painting. 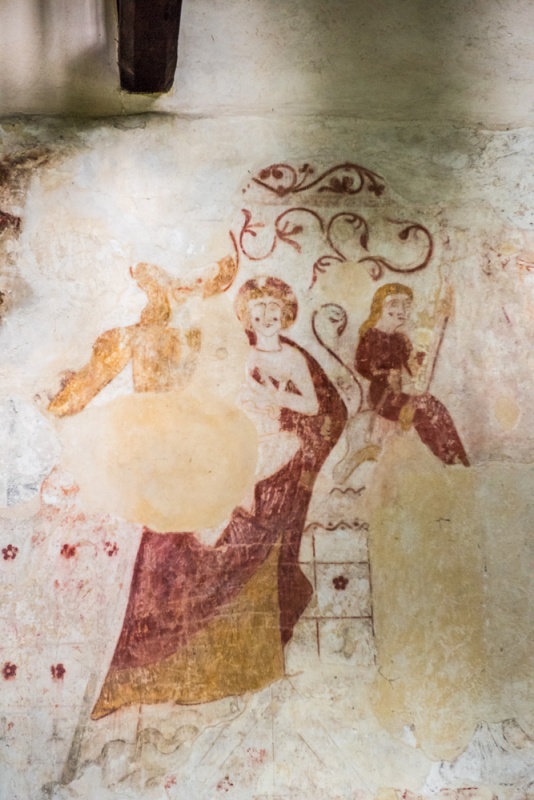 West of the vestry door is a fragmentary painting showing two figures looking over a castle wall. This has been interpreted as observers watching Daniel in the lions' den, but if so, the figures of Daniel and the lions are gone. On the north wall is a tall crowned figure in a window splay, and opposite is a scene of the martyrdom of St Thomas Becket. You can see a drawn sword and three bear heads, the heraldic symbols of Reginald Fitz Urse, one of Becket's killers.

At the west end of the nave is a timber bell cote, supported by three large wooden posts. There are three bells. The oldest dates to the 15th century, the other two to 1703 and 1725. Against the west wall is a floriated stone coffin lid dating to the 14th century. It was obviously made for someone of importance. but there is nothing to suggest who this was.

Look closely in the chancel and you will see something quite remarkable; an ancient musket is hung on one of the timber cross beams. The musket is a reminder of a tragic event, when the musket owner accidentally shot and killed a maidservant. according to the laws of the time, the musket was forfeit to the crown as an instrument of death. According to custom, it was placed in the church to serve as an object lesson to worshippers.

The oak altar table and communion rails are 17th century and were brought here from St Leonard's church in Sherfield English when it was rebuilt in 1860. The Ten Commandment boards over the chancel arch also come from Sherfield English.

Finding St Margaret's is a bit of a challenge. The official postcode gets you close, but there are no obvious signs to the church from any of the surrounding roads. The church stands near Wellow Manor, about one mile north of the A36, between West Wellow and Sherfield English. 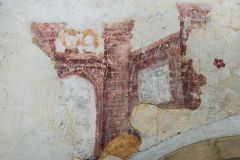 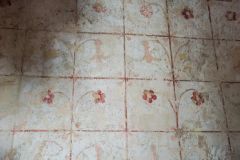 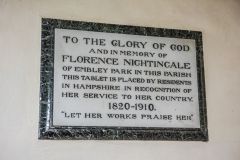 More self catering near East Wellow