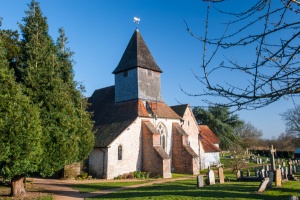 A lovely 12th-century country church standing inside the ancient walls of Silchester Roman city. The Roman walls form part of the churchyard boundary, and pieces of Roman brick are built into the church walls at the west end.

The layout and size of St Mary's suggest that it may have been built atop a square Romano-Celtic temple, probably in an area of the Roman city already set aside for religious buildings.

The first evidence of a church here comes from the early Norman period. Only parts of the nave survive from the 12th century, along with a fragment of the original Norman font, now stuck in the south-west corner beside the 14th-century pedestal font that replaced it.

One oddity is that there is no chancel arch, and both the nave and aisles are unusually short. This suggests that the original 12th-century nave was aisleless, and the chancel was only added in the early 13th century. The north aisle is early 13th century, and the south aisle probably late 14th century. 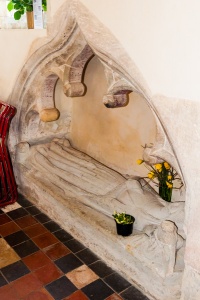 At the opposite end of the nave is a lovely wooden screen dated to the 15th century. This was removed from the church during the Reformation and discovered in a local barn in 1865.

The screen is decorated with a mix of Tudor roses and the pomegranate symbol of Henry VIII's first wife, Catherine of Aragon, so we can be reasonably confident that it was carved (or re-carved) prior to Henry's divorce from Catherine in 1533.

Beside the screen is a Jacobean pulpit over which is suspended a fascinating domed tester, the gift of James Hoare in 1639. The pulpit is probably a cut down version of a double or even triple decker.

Set into the outer wall of the north aisle is a cusped tomb niche with a female effigy inside. The identity of this effigy is a subject of some debate; the local borough council suggests it is Margaret of Cusancia (d. 1300).

However, an information sheet posted beside the effigy suggests that it is, in fact, Eleanor Baynard, daughter of Sir John Bluet (d. 1306), lord of Silchester manor. Sir John died without a male heir and Silchester passed to Eleanor's husband Edmund Baynard.

The Baynards held the manor until 1589. The effigy is a lovely example of mid to late 14th-century workmanship, in what is known as the Westminster School style. 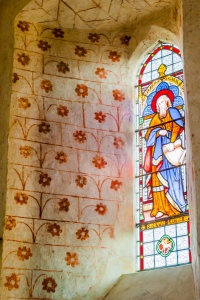 The effigy depicts a woman wearing a kirtle and skirt under a parted gown. On her head is a kerchief and her neck and chin are covered by a barbe, or wimple. A pair of winged angels support her head and her feet rest upon a dog. These design elements are very common in the 14th century.

Traces of vermillion paint cling to the effigy and the back wall of the tomb niche. To the left (east) of the tomb niche are several wonderfully carved little corbels supporting the aisle roof. These are in the form of grotesque beasts and human heads.

In the chancel are wonderfully preserved 13th-century wall paintings, both on the wall and the deeply recessed window openings. These paintings probably date to the original building of the chancel around 1230. The design is of flowers amid a pattern of masonry rectangles outlined red ochre.

High on the east wall is a much-worn painting of the heraldic arms of the Bluets family, lords of the manor when the chancel was built. The east window is filled with lovely Victorian stained glass by the well-known London firm of Clayton and Bell.

In the churchyard, close to the south wall of the chancel, is a pair of carved 13th or 14th-century coffin lids, presumably to members of the Bluet family. One is carved with a pair of heads above a foliated cross, the other a male head within a quatrefoil. 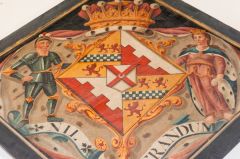 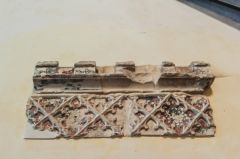 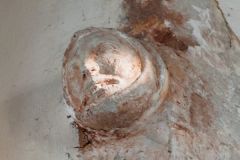 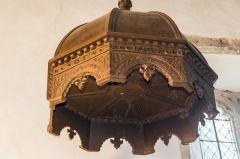 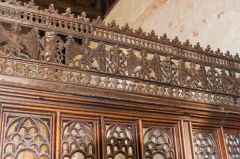 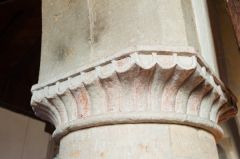 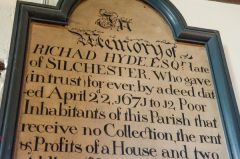 More self catering near Silchester

More bed and breakfasts near Silchester