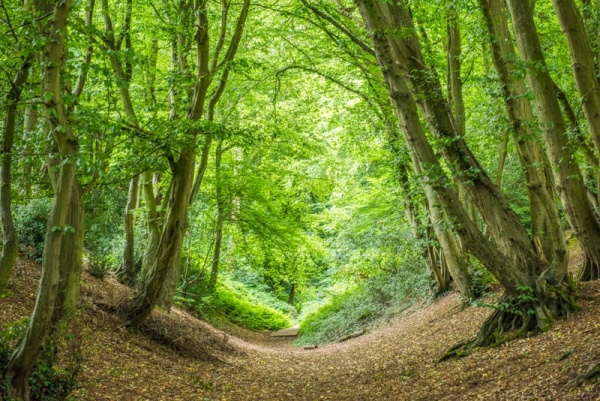 On the eastern fringe of the Hertfordshire village of Wheathampstead lies an ancient earthwork known as Devil's Dyke. The Dyke probably defended one side of a 1st century BC Celtic settlement belonging to the Catuvellauni tribe.

Tradition links the Devil's Dyke to the invasion of Britain by Julius Caesar in 54 BC. The prominent archaeologist Sir Mortimer Wheeler suggested that it was the site where Caesar defeated the native resistance, led by Cassivellaunus and forced the native British tribal leaders to submit to Roman rule. Sir Mortimer's suggestion has taken on the aura of established fact, but it is impossible to know if it is true or not.

If true, that would suggest that it was a site of great importance, though it is a stretch to call it the first capital of Britain, which is what it is called in a display at the Verulamium Museum in St Albans. It is thought to have been an 'Oppidum' or tribal capital for the Catuvellauni. 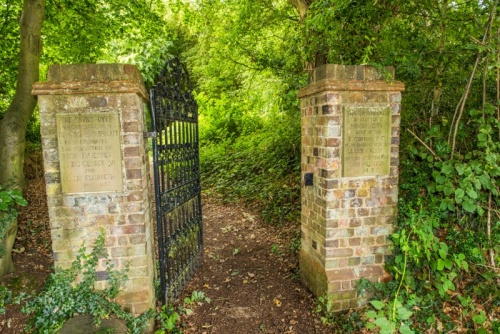 Commemorative gateway to the Dyke

Details about where Caesar's battle with the native Britons took place are scanty. most coming from Caesar's account of his Gaulish campaigns 'De Bello Gallico'. Another traditional location suggested as the battle site is Ravensburgh Castle near Hexton, 6 miles west of Hitchin.

There are no visible remains of the Iron age settlement, but you can explore Devil's Dyke and walk along both the top of the earthwork bank and follow a signposted trail along the bottom of the ditch.

Two sections of the ditch are relatively intact. A small section east of the village, known as The Slad, and the larger section west of the village known as the Devil's Dyke. It is possible that there were only three sides to the earthworks, with the River Lea making up the fourth side. There appears to be a moated ditch joining The Slad on the south, which would support this theory. Another theory is that The Slad is a natural feature. 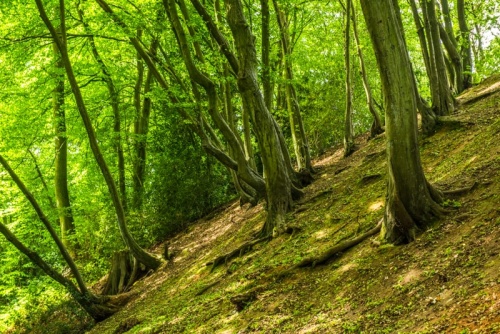 The west bank of the earthworks

The overall size of the area enclosed by the Devil's Dyke is roughly 110 acres (46 hectares), making it the largest Iron Age site in Hertfordshire.

Excavations on the Dyke revealed fragments of Belgic pottery. The Catuvellauni had links to Belgic tribes in Gaul, so the pottery is consistent with the settlement being a Catevellauni centre.

The ditch stretches 460 metres long and is over 40m wide and up to 12m deep in places, though it has obviously been eroded over time. That gives some idea of just how impressive it must have been when first built.

You can join the path along the Dyke off Dyke Lane, leading south from Marford Avenue. There is a layby with room for several cars and an obvious entrance gateway. The gateway has a plaque commemorating the fact that the land was given to the parish by Lord Brocket in 1937 to mark the coronation of George VI and Queen Elizabeth.

The trails through the Dyke make for a pleasant circular walk which should take no more than 15-20 minutes to enjoy, even if you stop to take plenty of photos like we did! 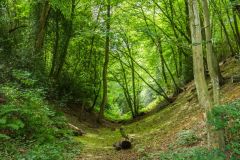 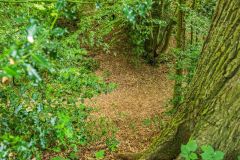 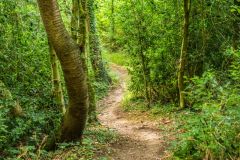 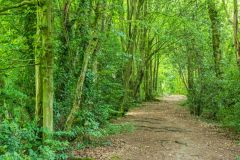 More self catering near Devil's Dyke