HERITAGE HIGHLIGHTS:   The only restored Midland Railway signal box in its original location 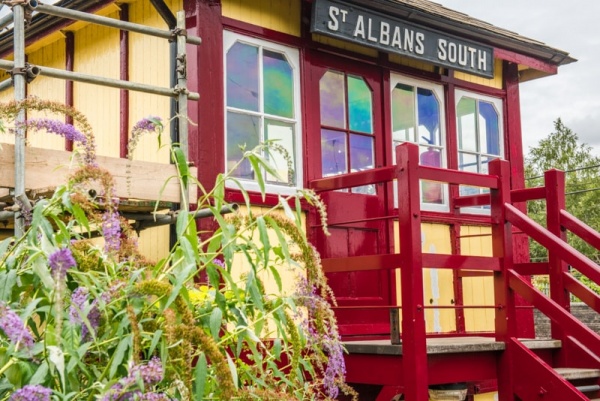 In 1892 the Midlands Railway opened a new signal box at St Albans as part of an upgrade to its line extension from London. The signal box was abandoned by British Rail in 1980 and falling into decay until a local charity group dubbed the St Albans Signal Box Preservation Trust was formed to take over operation.

The Trust completely restored the signal box and opened it to the public in 2009. It now offers a unique opportunity for visitors to see how trains were signalled during the days of steam locomotives.

The box was made in Derby of prefabricated panels that were fitted together on the site. It is built of wood under a slate roof. It originally had no foundation but this was rectified in the restoration! The style is known as a Midland Railway Type 2A. 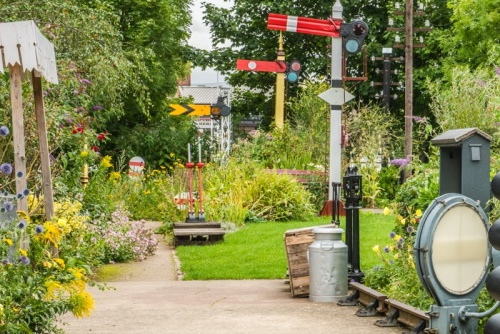 The ground floor of the Signal Box is a museum of signalling and railway artefacts. The upper floor has been fully restored, with a 44 lever frame dating to at least 1904, retrofitted with signalling instruments to illustrate how it looked in the 1970s.

See how the operators communicated with other signal boxes at Napsbury and Harpenden by bells, and how the levers worked to move tracks and change the points. And while you are exploring the world of a Victorian signal box, modern trains thunder past on the tracks just a few metres away. 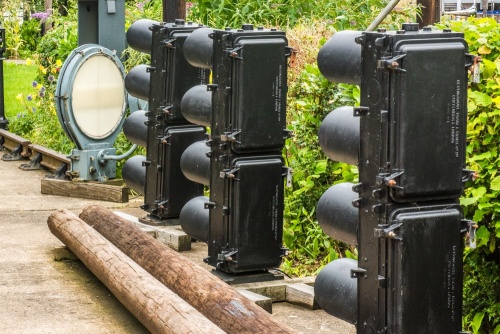 Signal lights in the museum garden

The Signal Box is surrounded by a small garden where visitors are invited to operate old signalling equipment themselves and to ring the bells that signalled trains passing by. You can see examples of different types of signalling equipment from the late Victorian period to modern LEDs.

The box is the largest preserved Midland Railway signal box in the UK and the only one in its original position. It has been listed Grade II for its heritage value.

The box restoration won numerous heritage awards, including the 2010 National Invensys Rail Signalling Award. You can see 'before and after' photos of the restoration, and watch a video of the transformation. 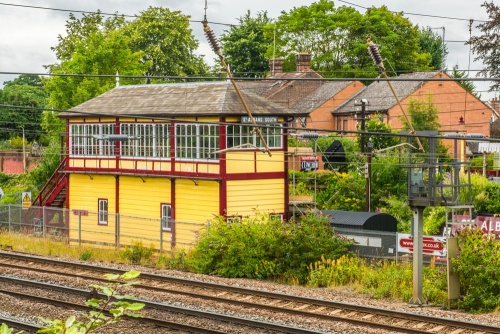 The Signal Box from across the tracks

The museum is free to enter, though donations are appreciated. Opening hours are limited, normally to specific Sunday afternoons throughout the year, as well as the annual Heritage Open Days weekend in September. Please see the official website for current opening details.

Access from St Albans rail station is very easy. Leave the station by the Platform 4 exit and turn left to cross the large carpark - the box is at the end of the carpark. The entrance is no more than 200 yards from the railway station and will take only a few minutes to reach.