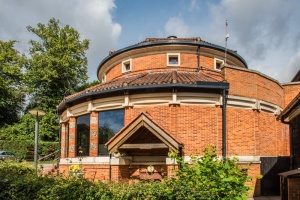 Standing within the old Roman town walls of St Albans, beside the major Roman road of Watling Street, is the Verulamium Museum, which showcases finds from the Roman town of Verulamium, and exhibits on what life was like in Roman Britain.

Verulamium was the 3rd largest town in Roman Britain, but what makes it unique it is that it is the only major Roman town that was not built over since the Romans left. Most of the town is still buried under parkland, and is accessible for excavation.

There was a major tribal capital here before the arrival of the Romans, and coins of the Catuvellani tribe suggest there was a mint and a royal settlement by AD 10. The Romans successfully invaded in AD 43 and laid out a new town they called Verulamium within a few years of their arrival.

This was a typical Roman system of streets laid out on a grid, within a bank and ditch enclosing an area of about 50 acres. The town was burned to the ground by Boudicca in AD 60-61, and it took 20 years to completely rebuild. 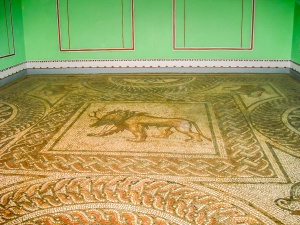 The second iteration of Verulamium had all the modern conveniences the Romans expected in a civilised town; temples, baths, a theatre, basilica, and forum. In the late 3rd century the expanding town was enclosed by a stone wall, parts of which can still be seen around the edge of Verulamium Park.

The town gradually fell into decay after the departure of the Romans around AD 410, and the focus of settlement grew up around the shrine of St Alban. The Roman site was abandoned, and the Roman treasures were covered by the earth of centuries. Gradually, however, the site is being excavated, and more Roman finds are coming to light.

Within the purpose-built museum are recreated Roman rooms and a variety of interactive displays aimed at getting the younger generation involved in learning more about the Roman world. Most importantly, the museum showcases some of the finest examples of Roman mosaics and wall paintings anywhere outside the Mediterranean.

Among the major finds, you can see is a very striking shell mosaic; a semi-circular design dated to about AD 150. There is a small bronze figure of a goddess known as The Verulamium Venus (though it may possibly represent Persephone, goddess of the underworld, rather than Venus).

You can see coins made by the local Catuvellani tribe prior to the Roman invasion, and iron plates from a legionary's body armour. Perhaps even more impressive is the 'Folly Lane Mail armour', part of the personal possessions of a local king which were placed on a funeral pyre along with enamelled horse gear and a chariot. 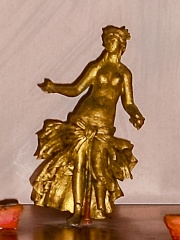 One of the most striking exhibits is 'Postumus', a skeleton discovered in 1989. The skeleton lies within a beautifully preserved lead coffin decorated with scallop shell carvings. The scallop design was linked to rebirth. The skull of 'Postumus' was used to create a reconstructed head, so we can see roughly what he would have looked like in life. Also found in a coffin was a beautiful piece of glassware known as the Kingsbury Jug.

Aside from major Roman finds around St Albans, there are objects from both before and after the Roman period. among this group of displays are Saxon weapons, including a knife and spearhead discovered at King Harry cemetery.

What we like about the museum is not only that it has a wonderful series of mosaics and artefacts dug up from around the Roman city, but that it actually stands inside the city itself. Immediately outside the museum car park is Verulamium Park, now a wide green space where residents walk their dogs and children play.

Yet under this pleasant park lie the remains of the bustling Roman city. Along the outside of the park run remains of the Roman city walls, and in a modern building on a rise above the museum are the preserved remains of a hypocaust and mosaic floor. The sense of Roman history is palpable everywhere you look. The museum does an extremely good job bringing this history to life. 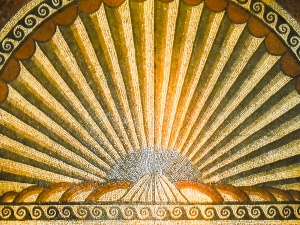 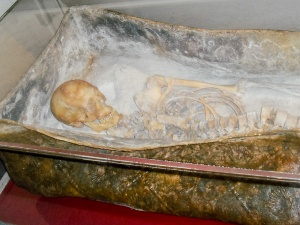 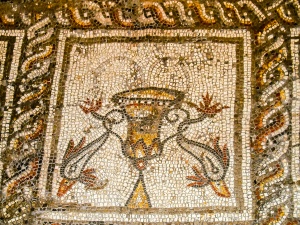 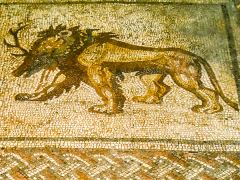 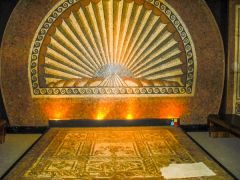 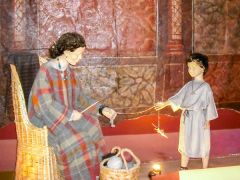 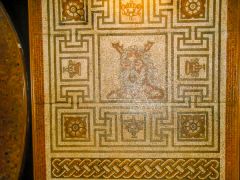 More self catering near Verulamium Museum