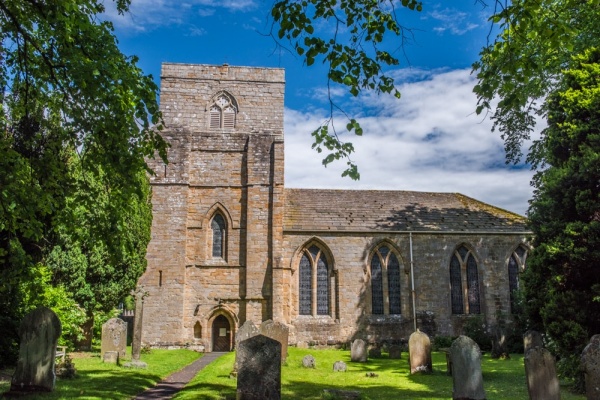 The remote Northumbrian village of Blanchland stands on the northern bank of the River Derwent, the county boundary between Northumberland and County Durham. The village grew up around a 12th century Premonstratensian abbey. Though the abbey is long gone, a victim of Henry VIII's Dissolution of the Monasteries, part of the abbey church lives on as the parish church of Blanchland.

Blanchland Abbey was founded in 1165 by Walter de Bolbec, with a dozen canons under an abbot. It is possible that Bolbec merely re-founded an existing monastery, as there is a Romanesque capital in the garden of the neighbouring Lord Crewe Arms that appears to be older than the official foundation date for the abbey.

The abbey suffered from Scottish raids in the early 14th century. On one occasion Edward I spent the night at Blanchland Abbey as he prepared to do battle with the Scots but he was unable to cross the River Wear due to flooding. A few decades later the Black Death wreaked havoc on Blanchland and left the Abbey impoverished, a state from which it never recovered.

By the early 16th century, there were only eight canons, and half of them lived outside the Abbey so they could serve as vicars to local churches. The abbey was finally suppressed in 1539. The abbey church was far too large for the inhabitants so a small chapel was built onto the tower to serve worshippers and the remainder of the church was simply left to decay. 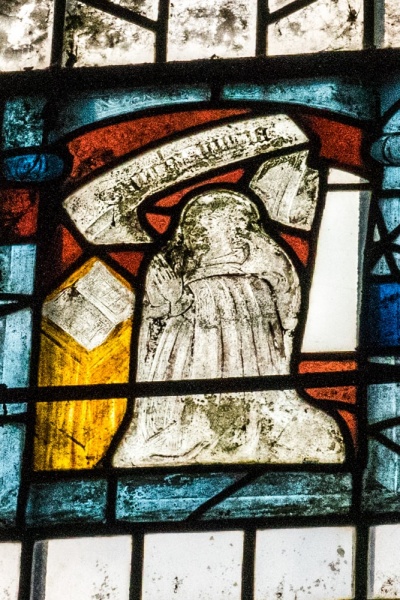 The Abbey estates passed into private hands and by the late 16th century they were owned by the Forster family of Bamburgh.

When the last Forster died without an heir in 1704 the estate was purchased by Nathaniel Lord Crew, Bishop of Durham. On his death, the estate was left to the Crewe Trustees who still administer the estate, including the village and church, to this day.

John Wesley, the founder of Methodism, preached in Blanchland churchyard in 1747 and noted in his diary that 'There seems to have been a large cathedral church by the vast walls which still remain'.

It was not until 5 years after Wesley's visit that Blanchland became a parish in its own right. In 1752 the Crewe Trustees transformed the decaying ruins of the abbey church into the present parish church and built a vicarage. Around 1815 the Trustees established a village school on the upper floor of the north transept, though this was removed in 1854.

During church restoration in 1881, a 'marvellous system of drains devised by the monks' was discovered under the chancel. At least that is what the architect thought. It is much more likely that the 'drains' were, in fact, acoustic pits beneath the choir stalls, meant to amplify the voices of monks singing. 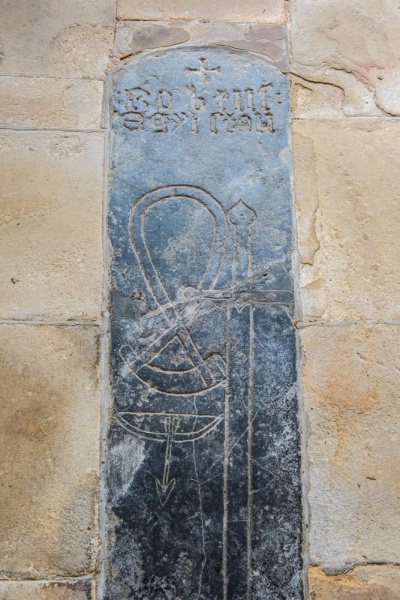 Grave slab of an abbey forester

Blanchland Abbey church is built on an unusual L-plan, formed from the eastern end of the medieval abbey church linked to the north transept, with a tower at the northern end of the former transept. There was originally a chapel attached to the east wall of the tower but this has now been pulled down. The church is a fascinating mix of medieval and Georgian features, combined with a Victorian restoration.

From the tower entrance, you step down into the church interior. To the right is the former north transept and directly ahead is the aisle, rebuilt in 1854. From the transept, you pass into the 1752 choir, which now forms the main body of the church. As you pass down what is now essentially the nave you come into the oldest part of the church. The walls here are 13th-century work, with a beautifully restored medieval sedilia on the right.

It can be hard to separate the Victorian restoration from the Georgian workmanship and the much earlier medieval masonry.

Historical highlights include a very unusual cast iron royal coat of arms to James I that was made to be a fireback, finely carved Jacobean chairs, and a roughly carved circular Norman font.

In the chancel are fragments of medieval stained glass, including a depiction of a Premonstratensian abbot at prayer. In the central window is the Crucifixion and the Symbols of the Passion. 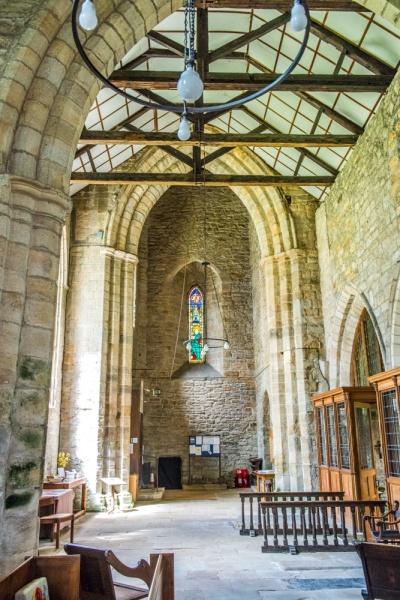 The transept and tower

In the floor of the transept are several medieval grave slabs, moved here from the chancel. One shows a decorated cross and probably marked the burial place of a medieval abbot. Another is almost certainly an abbot's grave slab; it is carved with a chalice, circle, and crozier. The most interesting grave slab is carved with an arrow, sword, and bugle, the symbols of an Abbey forester. It bears the inscription TE Egylston.

In the chapel is another forester's grave, inscribed to Robert Egylston, and nearby is another abbot's grave, marked with a crozier.

In the churchyard, directly beside the path, is a medieval churchyard cross.

Overlooking the churchyard on the south are the rooms once occupied by Tom Forster and his sister Dorothy. In 1715 Tom Forster joined the Lord of Derwentwater in the First Jacobite Rebellion. The rebels were defeated at Preston and both men were taken prisoner and held captive in London.

The Earl was executed for treason, but Tom was held in gaol. His sister Dorothy appealed to Lord Crewe for money and aid. With his help, she travelled to London and contrived to make a key for Tom's cell door. She slipped him the key and Tom was able to escape and flee into hiding.

Blanchland Abbey is a delight. The building exudes a sense of history, and the mix of medieval and later features is fascinating. I've never visited a church quite like it. 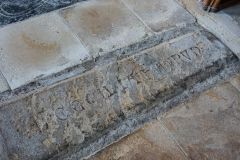 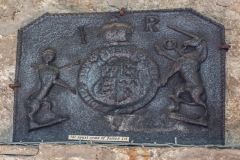 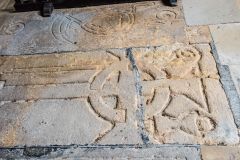 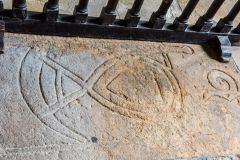 More self catering near Blanchland Abbey

Self Catering near Blanchland