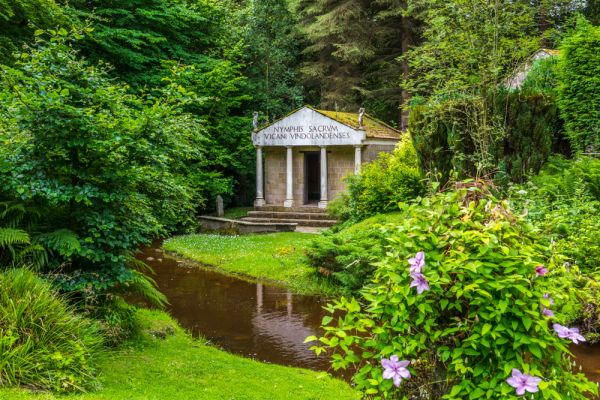 A recreated Roman temple at Vindolanda

Vindolanda is a Roman fort, built sometime around AD 85 to guard the major road known as the Stanegate, which stretched roughly east to west across the top of Roman Britannia from the Solway to the mouth of the Tyne. This means that Vindolanda was in place roughly 40 years before the building of Hadrian's Wall.

Even though it predated Hadrian's Wall, men stationed at Vindolanda played a big part in its construction, and later served to garrison the Wall's defences. 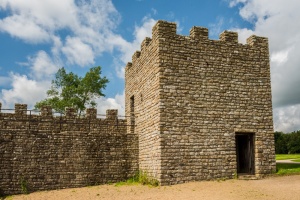 The site chosen for the fort was a farm field set on a relatively flat promontory of land, falling away steeply to streams. The steep sides of the promontory provided Vindolanda with good natural defences.

The earliest forts of timber have been very well preserved beneath a covering of turf. The timber forts were much larger than the later stone forts whose remains we can see today, and must have held a garrison of at least 1000 soldiers.

By the late 2nd century the timber forts had been rebuilt on a smaller scale in stone. As each new fort was built it sealed the preceding forts in an anaerobic layer (without oxygen). This means that each layer was perfectly preserved by the next layer, creating an extraordinary treasure trove of archaeological finds, from leather shoes to clothing.

The most extraordinary finds at Vindolanda are wooden writing tablets, their inscriptions beautifully preserved. The tablets are about the size of a modern postcard and are covered in ink handwriting. The writing tablets found here are the single best archive of written material in Western Europe and the earliest known written documents in Britain.

The tablets cover a huge array of situations. Some are social invitations, requests for better supplies (including more beer), and requests for time off. Several show that the Romans had insulting words for the local Britons.

A museum on the site contains an extraordinary array of finds from the site ranging from household objects, textiles, leather goods. Among the buildings on the site are a bathhouse, barracks, workshops, and temple.

The Vindolanda Trust, which operates the site, has done an enormous amount of work to help visitors understand what life was like here. There are recreations of a Roman fort, a temple, and even a section of Hadrian's Wall, as well as a Romano-British house, and a Northumbrian croft.

Vindolanda was occupied continuously from the 1st century well into the 8th century, long after the Romans themselves had left Britain. The Roman community was transformed over time into a very British one. 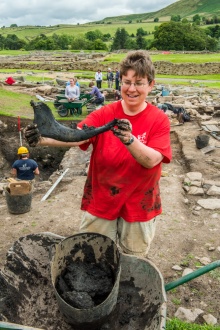 An archaeologist displaying
a fresh find

At least nine forts lie atop one another at Vindolanda, and the painstaking process of excavation continues, as it probably will for over another century before the site is laid completely bare.

Each year the Trust welcomes volunteers to join in helping to excavate the site and uncover more of the history left beneath the turf at this exciting archaeological site.

Another archaeologist took time off work to show us some of the circular foundations of huts built after the fort was founded, and explained how the fort changed and developed over the centuries. It was a wonderful insight into how experts try to uncover and interpret the past, and to see it unfolding in front of your eyes is a fascinating experience.

Vindolanda is very well signposted off the B6318 and the A69 outside Haltwhistle. Access is by a narrow road with passing places, so do be careful of oncoming traffic.

You can purchase a joint ticket with Vindolanda and the Roman Army Museum, a few miles further west along Hadrian's Wall. 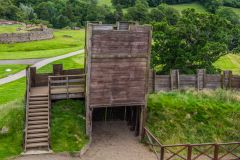 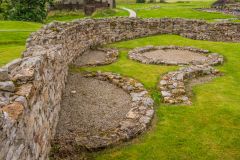 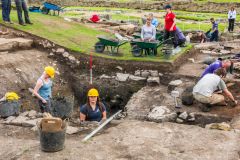 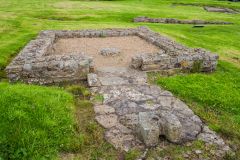 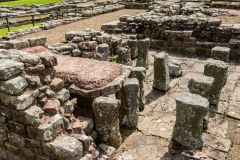 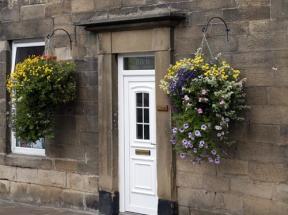