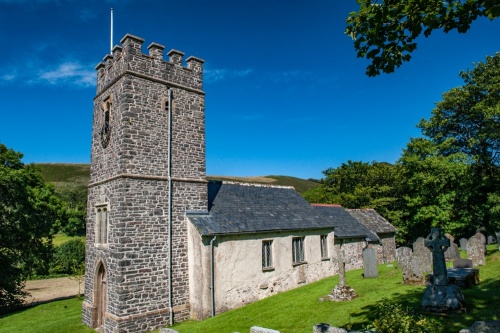 The medieval church of St Mary stands in a lovely rural setting in the Exmoor hamlet of Oare, in the heart of what is now known as the Doone Valley, east of Lynton.

Oare Church draws visitors from across the world, drawn by its links to the popular 19th-century novel Lorna Doone, by RD Blackmore. It was here that the novel's heroine, the eponymous Lorna, was shot at the altar during her wedding to the novel's hero, John Ridd. 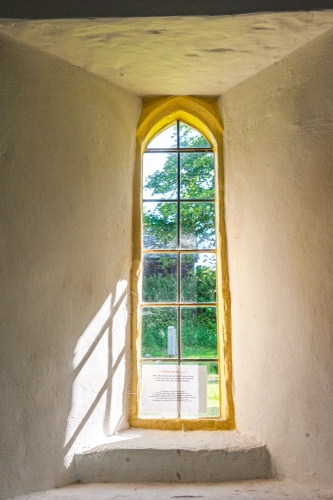 There has been a church at Oare since at least the 13th century. The village was recorded in the Domesday Book of 1086 as part of an estate owned by Ralph de La Pommeraye, though no church is mentioned.

The shooting of Lorna Doone is not the only violent act associated with Oare Church; in 1225 a local man named Robert of Oare killed Walter, the church chaplain, and wounded Walter's son Gervase. As the official church guide mentions, it is odd that a place as small and remote as Oare would have supported a chaplain. 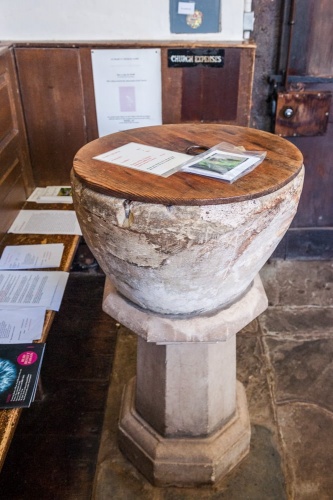 The nave and chancel roofs date to the late 15th century. Entry is through a north porch, which protects a 16th-century doorway. The pews, pulpit, and lectern all date to the Georgian period. The chancel, by contrast, is Victorian, with a 19th-century east window.

The most interesting medieval feature is a peculiar piscina projecting from the south wall of the nave. This takes the form of a human head held in a pair of hands springing from the wall. The top of the head is hollowed out to act as a basin. This unusual piscina may represent St Decuman, who was popular in northern Somerset.

The simply carved font consists of a 12th-century basin supported on a 19th-century stem. On the wall is a memorial to Nicholas Snow (d 1791), a name that appears in the novel Lorna Doone. Snow's epitaph reads:

Farewell my dear and loving Wife,
My Children and my Friends;
I hope in Heav'n to see you all,
When time shall have an end. 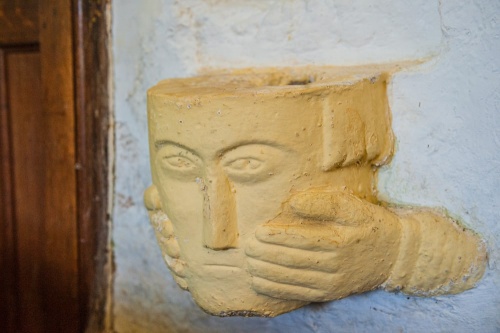 Beside the Snow memorial is a small tablet remembering Dorcas Spurry, who died in 1772 at the respectable age of 71. Next to the Spurry tablet is a larger tablet commemorating Peter Spure (d 1749). Spure's epitaph reads:

Look for an unusual painted wooden panel representing Moses, bearing the inscription 'Peter Spurrye, Churchwarden 1718'. There are two further painted panels illustrating the Ten Commandments. On the wall is a royal coat of arms to King George I.

West of the church door is a wall tablet commemorating the Victorian author RD Blackmore (1825-1900). The memorial is a copy of the memorial to Blackmore inside Exeter Cathedral. 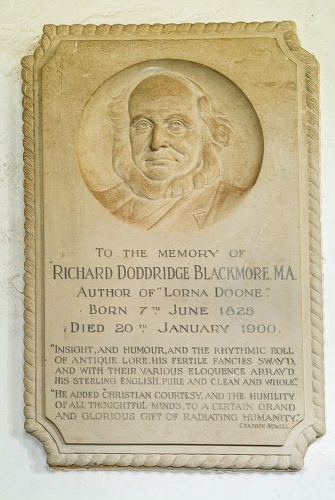 Richard Dodderidge Blackmore was born in Berkshire but his family roots were firmly Devonian. His father John was a curate at Longworth (now part of Oxfordshire), but his grandfather, also named Richard, served as the rector of Oare Church from 1809-1842. It seems from parish records that the elder Blackmore rarely spent time at Oare, so regular services would have been taken by a curate on his behalf.

The family connection, however, meant that the younger Blackmore would have known the church and the neighbouring countryside intimately. He drew on that knowledge, as well as a visit here in 1865 with his wife Lucy, to create his enduring romantic tale.

Blackmore knew the local tales of a band of brigands who preyed on local travellers from a base in the rugged area near Badgworthy Water. These outlaws, said to be escaped Jacobites, were the real-life inspiration for the fictional Doone clan in Blackmore's novel, published in 1869. 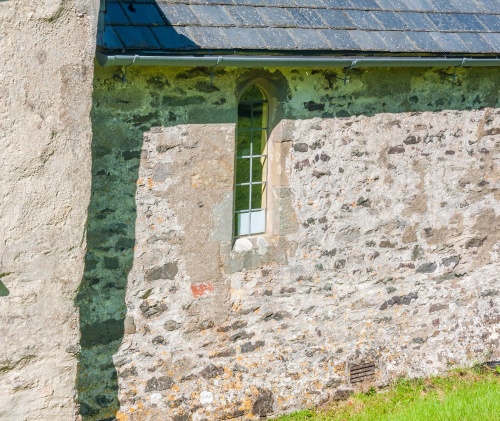 The Doone window from the church exterior

In Blackmore's enduring romance, set at the time of Monmouth's Rebellion in the late 17th century, a local farmer named John Ridd falls in love with Lorna, the adopted daughter of the outlaw Doone family. During the couple's wedding ceremony at Oare Church, Lorna's half-brother Carver Doone shot her through a small lancet window in the south wall.

In the 17th century the church was much smaller, and the window would have looked onto the high altar. It is also likely that it would have been unglazed, making Carver Doone's shot easier.

An alternative theory is that the shot was fired through a window at the west end of the nave, where the tower door is now. At the time Blackmore wrote his novel there was no tower, only a west window.

The novel has a happy ending, for Lorna survived, and John Ridd got his revenge on Carver Doone.

Lorna Doone's fictional shooting during her wedding ceremony was inspired by the very real case of a 17th-century bride in Chagford, Devon, who was fatally shot on her wedding day. 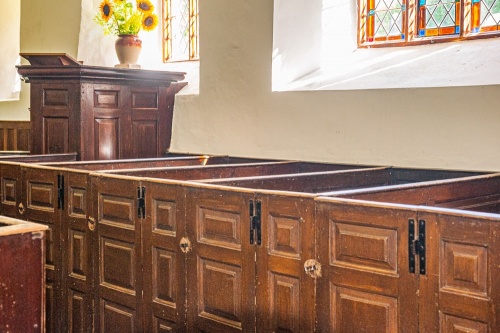 Oare can be reached by a minor road off the A39 either from the east, near Porlock Hill, or from the west, near County Gate. The western route is shorter, but the eastern route is more picturesque and takes you over Robber's Bridge, a popular picnic spot.

In either case, be aware that the road is narrow and there are few passing places, so be prepared to reverse if you meet someone coming the other way!

There is no dedicated parking area. There is -- barely -- room to jam a car up against the churchyard wall. One option is to park at Malmsmead, where there is plenty of room to park, and walk back along the lane, a distance of about 1km (0.6 miles).