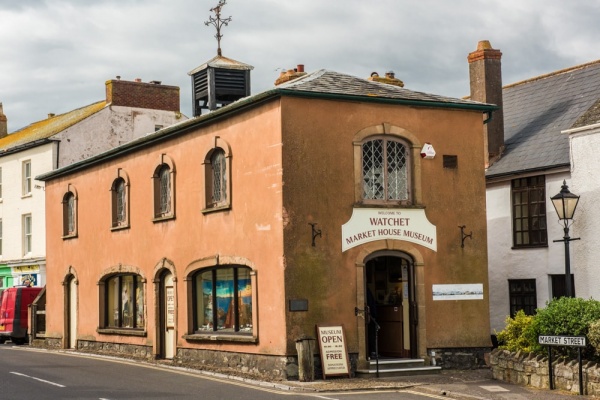 Beside the historic medieval harbour in Watchet stands the Market House Museum, with displays tracing the heritage of Watchet and the Somerset coast.

The area around Watchet is a wonderful place for fossil hunters and the museum displays numerous fascinating fossils and geological specimens discovered locally. Perhaps the prize exhibit is an almost complete fossilised skeleton of an ichthyosaur. Other remains include the rib bone of a Plesiosaur.

The Prehistory collection includes some very good stone axes from the Old Stone Age (450,000 – 120,000 BC) found along the Doniford River, and New Stone Age flint arrowheads and scrapers.

The museum has a special display on the history of the Saxon mint established at Watchet, possibly by Alfred the Great. Coins minted at Watchet have been found in large numbers in Scandinavia, suggesting that the coins were used as Danegeld, protection money paid to the Viking raiders to prevent them from pillaging the area. Handmade replica coins are for sale in the museum. 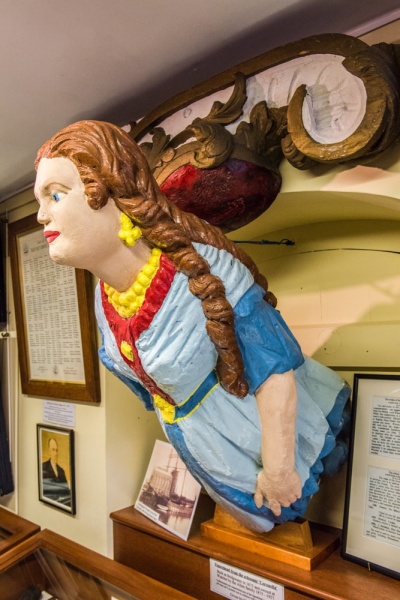 Figurehead from the schooner Coronella, 1875

The museum is housed in the historic Market House, built in 1819 and still owned by the Wyndham Estate. The Market House had arches supporting an upper floor. A weekly market was held at ground floor level and an open staircase led up to the first floor where the Court Leet gaol was situated. The Court Leet administered the town and ensured that law and order were maintained.

In a historical oddity, the Court Leet still maintains an official lock-up at the rear of Market House, though the Court Leet no longer has any legal function (though it does still meet annually).

One of the exhibits that caught my eye was a Bronze age skull fragment found on the beach near Blue anchor in 2016. The skull has been carbon-dated to sometime between 1930-1750 BC.

One of the most fascinating exhibits is a Mammoth's tooth from the Middle Devonian period, in the middle of the last ice age. The tooth is a right third lower molar from an adult mammoth about 40 years old. It was found on the foreshore of Blue Anchor Beach.

There are several Roman coins found locally, including two from the reign of Constantine I (early 4th century).

This being Watchet many of the displays relate to the town's rich seafaring heritage. There are several model ships including a very detailed model of a Severn Trow, a type of vessel common in the upper reaches of the Bristol Channel. Severn Trows were forbidden from sailing beyond Watchet as they were not thought to be seaworthy for voyages on the open water.

Another maritime display is a line throwing apparatus (a pistol rocket used to fire a slender messenger line to ship in distress.) The pistol had a range of 250 yards.

Watchet Museum is free to enter and is worth a visit. 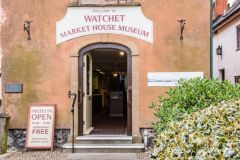 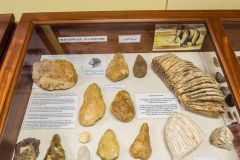 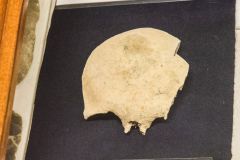 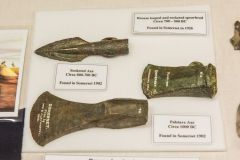 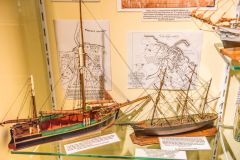 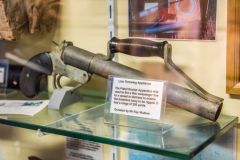 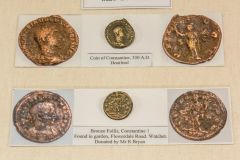