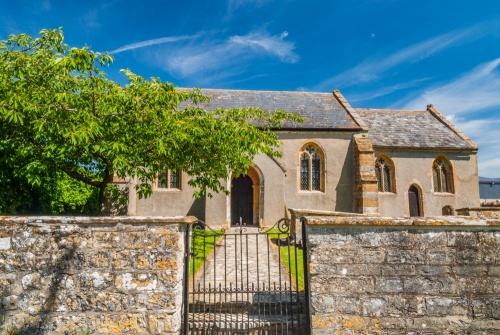 The isolated 12th-century church of St Catherine stands between the old manor house and farm buildings in Swell, a hamlet just west of Curry Rivel and north of the River Isel. The church has no electricity, meaning that for services an extension cable has to be run from the neighbouring farm. 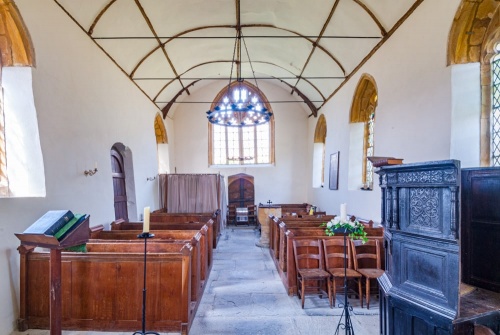 The very simple church consists of a three-bay nave, chancel, south porch and west bellcote holding a ring of two bells. The building is constructed of rubble stone with a slate roof. The two-bay chancel is lit by a four-light east window. The nave is supported by two large, thick buttresses on the south side and four further buttresses to the north. 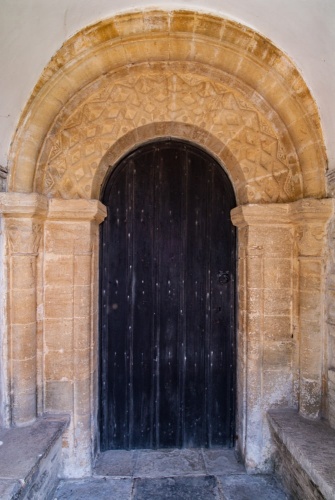 The pulpit dates to 1634, with typical strapwork carvings. In the south wall of the chancel is a simply carved piscina with a cusped head opening.

Other historical features include a 17th-century alms box and a Jacobean parish chest. There are several surviving fragments of medieval glass. There are very few memorials inside the church, but two small 16th-century brasses are set into the floor.

The record of rectors goes back to 1319 when the incumbent was described as 'Gilbert dict. Regge de Bruyton'. 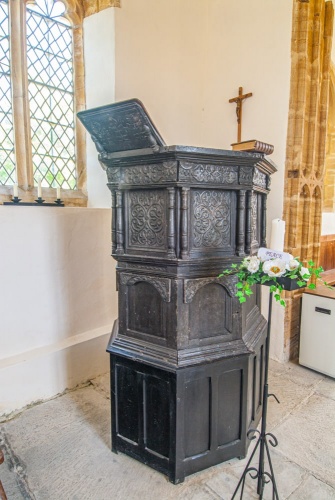 Take the A378 west from Curry Rivel and turn off onto Swell Lane after 2 miles. The lane runs directly past Swell Court Farm where you will see St Catherine's Church to your left, amidst a cluster of farm buildings. The church is usually open daylight hours and was open when we visited. 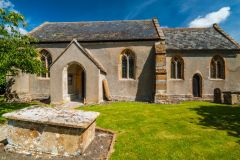 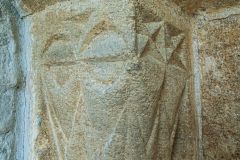 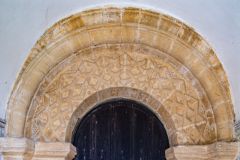 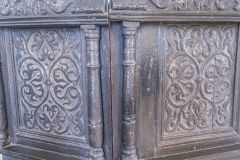 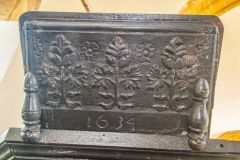 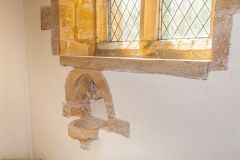