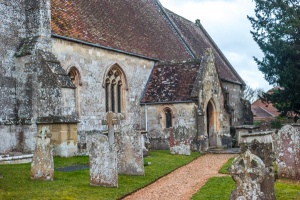 There was a church at Wylye at least as early as the 12th century, and written records show a rector in 1249. The first mention of a dedication to St Mary comes in 1333, but most of the church we see today was built before 1300. The best original feature is the large east window, and there is a 14th-century statue niche over the porch. Over the porch is a small carved panel which may have formed part of a medieval churchyard cross.

The medieval building was almost completely rebuilt in the 1840s by architect TH Wyatt, at a cost of £1126.16s.

The finest interior features are the lovely 17th-century pulpit, prayer desk, and lectern, which were donated by the Earl of Pembroke and came from Wilton Old Church. The pulpit, made in 1628, is a wonderful work of art, carved with intricate panels depicting angels, and a tree of life under a rounded arch. The prayer desk has a pair of carved panels which may have been the original doors of the pulpit.

Almost all the stained glass is from the Victorian restoration. The south nave windows show the coats of arms of the Dukes of Somerset and Earls of Pembroke. The nave is lit by brass chandeliers given by Thomas Meare in 1814. Like the pulpit, these were brought to Wylye from Wilton church. 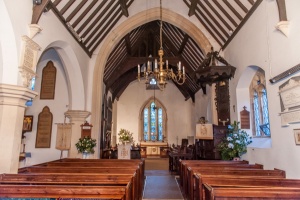 In the north aisle is a royal coat of arms to George III, and is dated 1816. Interestingly, the arms also show the insignia of the houses of Westphalia, Luneburg, and Brunswick, a reminder of the king's German ancestry. Set into the floor of the central aisle are 18th-century grave slabs to members of the Hayter family.

Set against the sanctuary wall are four 18th century armorial stones to former rectors and their families. These were originally used as paving stones. Also in the sanctuary are three finely carved early 17th-century oak chairs.

Opposite the south porch is an ornate tomb inside railings. A fascinating story relates to the tomb, related by antiquarian Richard Colt Hoare of Stourhead House. According to the story, an 18th century local man by the name of Popjay was convicted of crimes and transported to Australia. When he eventually returned to Wylye it was in a fine carriage, and he was dressed with all the trappings of great wealth.

Popjay lodged at the Bell inn and enquired after his mother and sister. He was dismayed to find that in his absence both had died and been buried in pauper's graves. He ordered an elaborate tomb and had his relatives reburied.

Ah, but then the bills arrived for the work on the tomb. Popjay disappeared, leaving the bills unpaid. He was never seen again, and the rectory of St Mary's had to pay the bills out of his own pocket. There is some doubt over the authenticity of this story, but the tomb does stand opposite the porch! In 1840 Rev Francis Baker chose to be buried within the Popjay tomb. 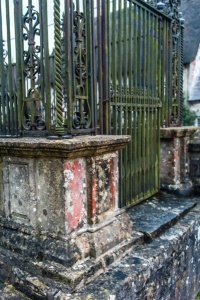 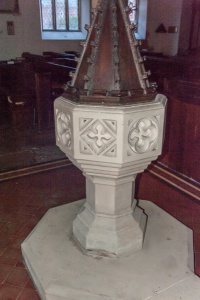 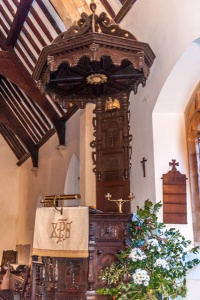 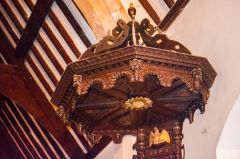 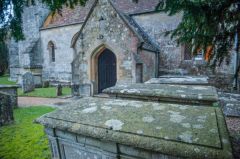 More self catering near Wylye

More bed and breakfasts near Wylye