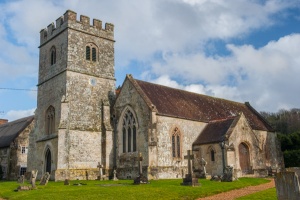 The villages of Codford St Mary and Codford St Peter are stretched out along a single main road, so that it is hard to tell where one stops and the other begins. The church of St Mary stands off Church Lane, at the eastern end of the two villages, beside a farm and pretty thatched cottages.

The first written record of a church here comes from 1282, but it is entirely possible there was a Saxon church on the same spot. The presence of a Norman font certainly suggests a very early church, and fragments of Norman carving were discovered during restoration work in 1843. The style of carving on the chancel arch also suggests a late Saxon or early Norman date, perhaps sometime around 1060.

The most interesting historical feature inside the church is an elaborate 17th century canopied tomb in the south aisle to John Mompesson, rector of St Mary's from 1612-1645. Though the tomb itself is in good condition, the effigy is broken in pieces and rather jumbled together in a loose pile of fragments on top of the tomb chest.

There is an extremely nicely carved Jacobean pulpit with its original tester, and in the tower is a memorial to John Ingram (d. 1785). 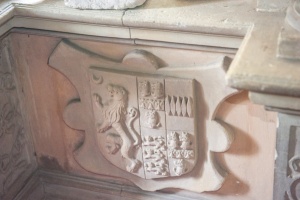 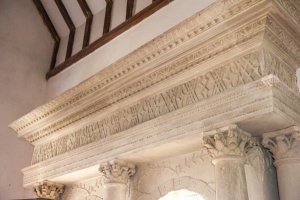 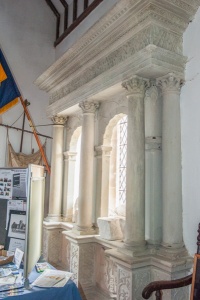 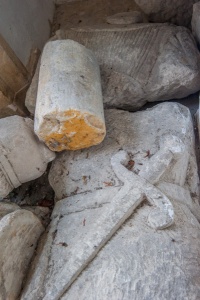 During WWI a large number of ANZAC soldiers (from Australia and New Zealand) were based near Codford. The influx began when the New Zealand Command select Codford as a base for soldiers who were evacuated from the trenches but were not yet fit to resume fighting.

Large numbers of the ANZAC soldiers died in the severe outbreak of flu that struck Britain in 1918/19. A special ANZAC burial ground was consecrated for these soldiers, in a wooded spot just across Church Lane from the St Mary's church. This is the second-largest ANZAC cemetery in the UK, with the graves of 66 New Zealanders and 31 Australians marked by neat rows of gravestones. There is also a single WWII burial.

The ANZAC troops were responsible for carving the 'Lamb Down Badge', a rising sun symbol created from the chalk hill of Lamb Down. The rising sun carving was the brainchild of the Australian Brigade Commander, who wanted to leave a reminder of the Australian presence on the English countryside. A suggested walking route from the cemetery to the Badge is outlined on an information panel inside the cemetery. 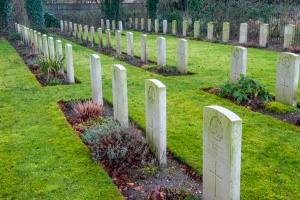 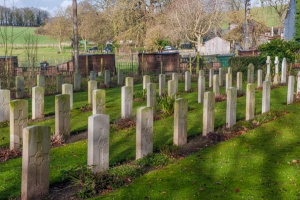 Another view of the cemetary 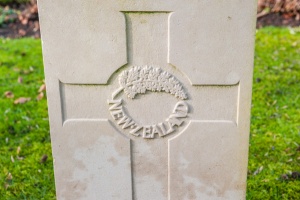 One of the New Zealand gravestones 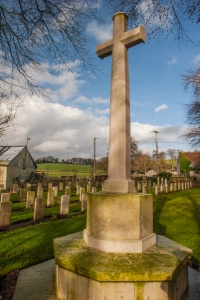 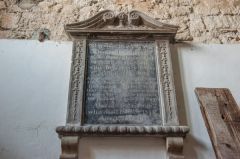 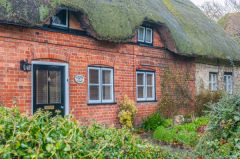 About Codford St Mary
Address: Church Lane, Codford St Mary, Wiltshire, England, BA12 0PJ
Attraction Type: Historic Church
Location: Codford is signposted off the A36. Church Lane is at the east end of the village, and there is parking along the verge. Usually open daylight hours. The ANZAC cemetery is opposite the church, on the west side of Church Lane.
Location map
OS: ST974397
Photo Credit: David Ross and Britain Express