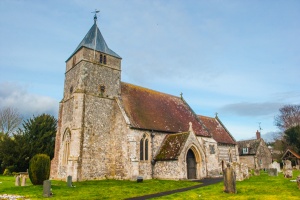 There may have been a Saxon church here, on the south bank of the River Wylye. If so, it was replaced by a Norman church built by Waleran, who served as a verderer to William the Conqueror (a verderer was an official who administered a royal forest or hunting ground).

The only remnants of Waleran's church are the tower and chancel arches, and the Purbeck marble font. In 1326 the church was rebuilt by Robert Petyt, Bishop of Salisbury. A century later the tower was heightened and topped with a broach spire.

In the 15th century, the Mompesson family inherited the Steeple Langford estate and added a north aisle in Decorated Gothic style. The aisle contains Mompesson family memorials and later memorials to the Moody family, who purchased the estate in the 18th century. 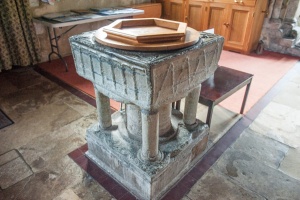 On the west wall of the aisle is a memorial to the Collier family, four of whom served as rectors. Henry Collier was removed from his living during the Civil War and only reinstated at the Restoration of the Monarchy, 15 years later. The Puritans called Collier 'ignorant, scandalous and inefficient'.

Near the Collier memorial is a tablet to Samuel Weller, who was rector from 1779-1795 and died in the act of preaching on Easter Sunday. On the wall are three Moody memorials, the largest to William Moody (d. 1798). Further along the wall are a pair of carved panels taken from Mompesson family tombs.

Between the panels is a fragment of a Saxon cross, dated to about 850 AD. It is possible that this cross gave the village its name, being a 'staple' cross, that is, used for a market, or possibly to mark a crossing of the river. The theory is that the village name does not refer to a church steeple, but the village history as a trading centre.

At the east end of the aisle is a stone altar table. This was originally a table tomb for a member of the Mompesson family, and you can see painted heraldic panels on the base. One side has an inscription reading 'JM 1576'. 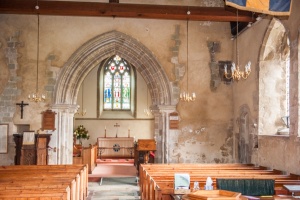 Extensive Victorian rebuilding in 1875 thankfully left the 1613 pulpit intact, though the Victorians swept away three altar tombs. One quite unusual feature is a wooden memorial set on the south chancel wall. This was erected by Nicholas Mussell for his father Tristram (d. 1626). Over the vestry door is a painted wooden effigy to Joseph Collier.

In the south wall of the nave is a blocked doorway, and within the doorway is a stone slab once used as part of a heart burial. The slab dates to 1275 and is carved with the figure of a huntsman with a horn; perhaps a descendent of Waleran the Verderer who established the Norman church here. Near the south porch entrance is an attractive Norman font, its four faces decorated with the symbols of the Evangelists.

I came to Steeple Langford at the prompting of a friend whose mother was buried here. And I am so glad I made the effort! All Saints is a wonderful church, full of historic interest, and set in a beautifully picturesque village. Well worth a visit. 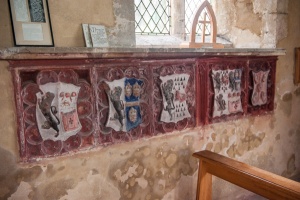 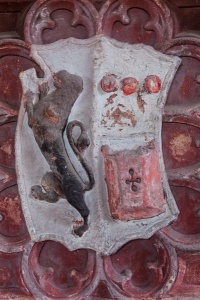 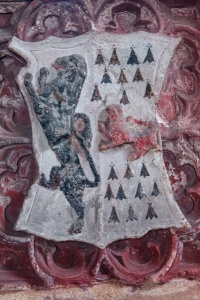 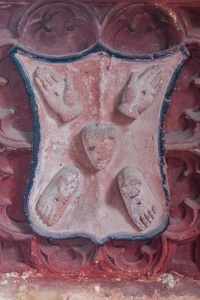 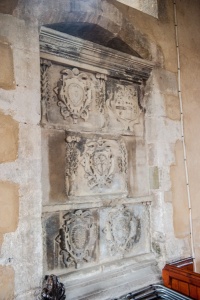 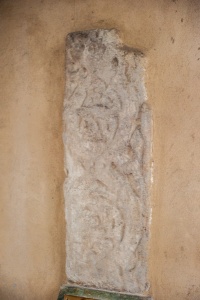 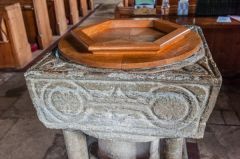 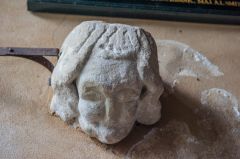 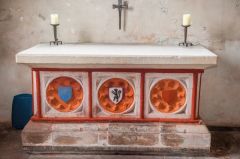 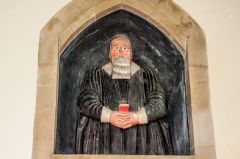 More self catering near Steeple Langford