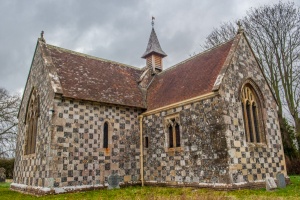 The first church in Little Langford probably existed in the Saxon period, but that early church was rebuilt in the early Norman period, as evidenced by the 12th century south doorway, which has a beautifully carved tympanum depicting a hunting scene.

The carving probably dates to around 1120. In the space between the arch and the door lintel we see a likeness of a bishop, his right hand raised in the act of blessing. His left hand holds a staff from which a tree sprouts, while looking on are a trio of birds in a tree.

The sprouting tree may refer to the legend of St Aldhelm, the 1st Bishop of Sherborne (d. 708AD). According to legend, Aldhelm was preaching at Bishopstrowe, near Warminster, when his staff miraculously burst into life. Osmund, Bishop of Sarum from 1078-1099, fostered the story of Aldhelm, so it is possible that the church was founded during or shortly after Osmund's lifetime.

The lintel above the doorway is carved with a hunting scene, but according to legend it shows the killing of a giant maggot who had killed a lady who in turn had tried to deprive villagers of their right to gather firewood in nearby Groveley wood. 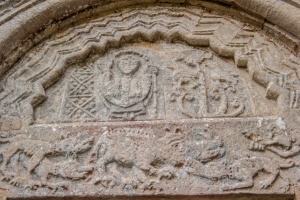 The tympanum and lintel carvings 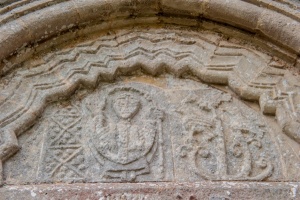 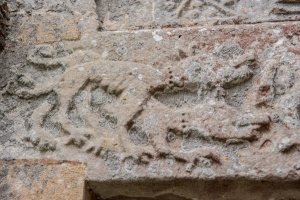 Hunting dogs on the lintel 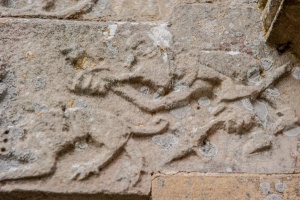 Carving of a huntsman 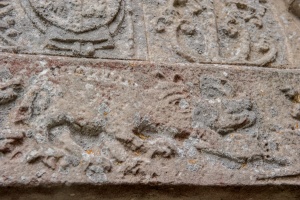 Carving of a boar being hunted

Much of the church interior dates to a Victorian rebuilding by TH Wyatt III in 1864, but Wyatt not only followed the outline of the medieval building, he tried to replicate the style. So the church we see today has a nave and chancel in 12th-century style, with a chapel in 14th century Gothic.

Outside this window, in the exterior wall, is a small coffin lid of a child, carved with a round-headed cross. The font is Norman, set on top of a Victorian base. In the south chancel is an Elizabethan tomb of a nobleman with the initials IH. We do not know who 'IH' is, but it seems likely he was a member of the Hayter family.

One of the Hayters served as rector but his stay in office was not as tumultuous as that of Thomas Giffard, 15th-century rector in the reign of Richard III. This elderly rector was at home in his rectory in 1484, when a gang of armed men burst in, led by a local yeoman named Edward Bays. The rector was injured, and Bays was brought to trial at Salisbury, convicted, and hanged.

A later rector was Charles Maitland (1824-1844) whose son became the Earl of Lauderdale. The Earl was killed by lightning in 1884 and remembered by a plaque in the chancel.

This wonderful ancient building is located in rural isolation at the eastern end of the Wylye Valley. The setting is idyllic, with only a single house nearby for company. The combination of the Norman doorway and its vividly carved tympanum and lintel are simply wonderful, and the interior is a delightful combination of medieval and Victorian style. A truly enjoyable country church to visit. 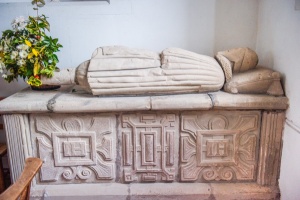 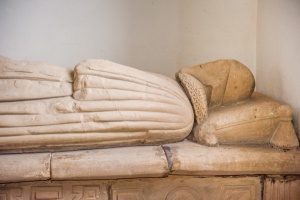 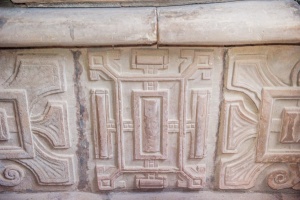 The Elizabethan tomb base 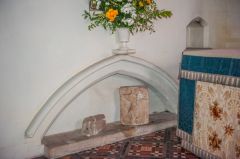 More self catering near Little Langford