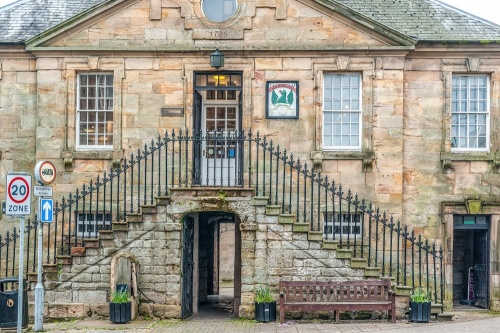 Sanquhar is an attractive market town on the River Nith between Dumfries and Ayr. The town name comes from the Celtic 'seann-caer', or 'old fort'.

Sanquhar has a long history as a centre of the knitting trade. Local knitwear was distinctive for its two-coloured patterns and intricate designs. In the 18th century, a cottage industry developed in the Sanquhar area.

So popular did the knitwear become that the designs were exported overseas, but most of the Sanquhar knitwear was traded within the British Isles. An annual wool fair was held each July, which set the standard wool price for all of southern Scotland.

The origins of Sanquhar Castle are obscure. The Sanquhar estates original belonged to the Edgar family, but by the 13th century it was held by the Ross family. It passed to the Crichtons by marriage in the 14th century.

The castle probably began in the 13th century but most of the standing remains date to the 14th century when Sanquhar was owned by the Crichtons. The oldest major building is a four-storey tower built in the late 14th century.

There is also a tower house, drum tower and curtain wall erected around 1450. The medieval buildings are defended by high earthworks. The castle is ruinous and is best approached with care. 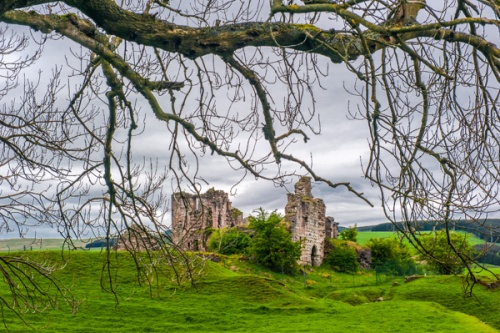 The most distinctive historic building in Sanquhar is the 18th-century Tolbooth. The tolbooth was designed in 1735 by William Adam, one of the most influential Scottish architects of the 18th century. The elegant Baroque design belies the building's function as a gaol and courthouse. The Tolbooth is now a fascinating museum of local heritage.

You can still see one of the original iron-studded cell doors and lock from the days when the Tolbooth housed prisoners. You can also see a fascinating exhibit on the local knitwear industry with examples of the hand-knitted patterns that made Sanquhar famous.

At the upper end of the high street is the parish church, built in 1824 to replace a large medieval building. 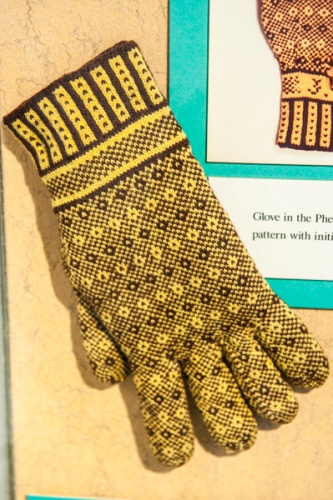 Sanquhar Knitwear in the Tolbooth Museum

At 39, 41 High Street is the Sanquhar Post Office, easily spotted by its brightly painted red doors. This is thought to be the oldest post office in the world still in operation. It was founded in 1712, though much of the present building dates to the middle of the 18th century.

The Post Office began as a stopover point for a service for local gentry known as the Nithsdale cross-post (cross in this case referring to the service crossing the English border). In recognition of the Post Office's unique status, all letters franked at Sanquhar bear the stamp 'Sanquhar Dumfriesshire 1712' rather than the day's date.

The post office boasts a rare bow-fronted shop window to one side, probably inserted later in the 18th century when bow windows became fashionable across Scotland. The 18th-century mailroom is still intact. Few examples of bow-fronted shops survive in Scotland, making the Sanquhar Post Office a very rare example of the style. 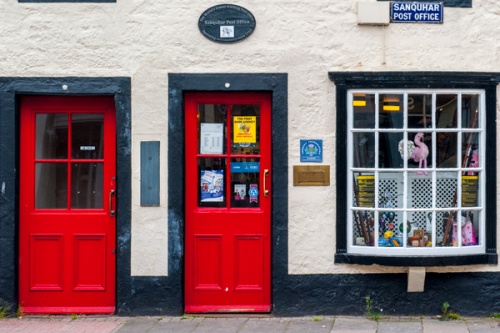 At 52 High Street is the former Queensberry Arms Inn, favoured by poet Robert Burns when he stopped at Sanquhar as part of his duties as an exciseman for Nithsdale. In Burns' day, the landlord of the Queensberry Arms was Edward Whigham. Burns wrote a poem for Whigham and he scratched the verse on a windowpane in the inn:

Envy, if thy jaundice eye,
Through this window chance to pry,
To thy sorrow thou wilt find
All that's generous, all that's kind;
Virtue, friendship, every grace
Dwelling in this happy place
RB

These lines were later added to the Kilmarnock Edition of 'Poems, Chiefly in the Scottish Dialect', which Burns then gave to Whigham as a gift.

When we visited the former inn was looking a bit sad and had several windows boarded up, but there is a very nice plaque on the building exterior erected in 1996 to mark the bicentenary of Burns' death. 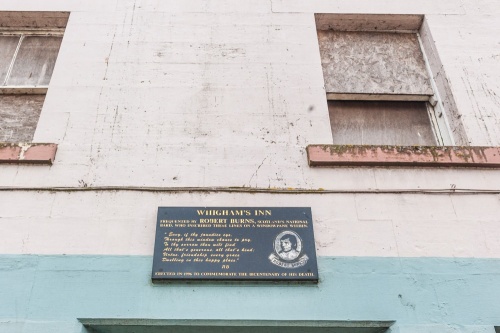 The local heritage group has erected a series of blue plaques on historic buildings around the town centre. One of these blue plaques marks the site of Lord Sanquhar's townhouse. On the night of 13 May 1568, he gave shelter to Mary, Queen of Scots in her flight following the defeat of her army at the Battle of Langside (another version of the story suggests that Mary stayed at Sanquhar Castle on the edge of the town).

It was the next-to-last night Mary ever spent in Scotland before fleeing across the border to England, never to return. Lord Sanquhar paid for his loyalty; his castle was besieged and captured a few months later by Regent Murray.

Another blue plaque marks the site of Baronscourt, or Calton Close. This close was named for weavers from the Calton area of Glasgow who settled here. In 1745 Jacobite troops retreating north from Bonnie Prince Charlie's attempt to invade England lodged here. In 1812 a group of French prisoners of war were quartered at Calton Close.

The soldiers made a big impression on the local girls. Two officers fought a duel over one girl and a Lieutenant Arnaud was killed in the conflict. His grave can be seen in Sanquhar Kirkyard. It bears the epitaph, 'He expired in the arms of friendship'. 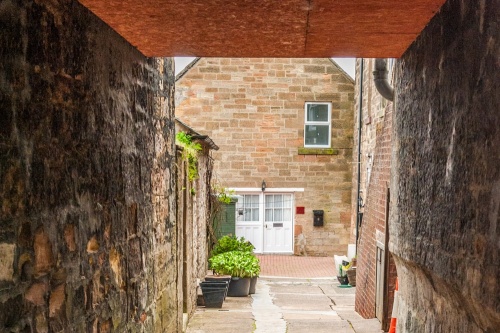 More self catering near Sanquhar

More bed and breakfasts near Sanquhar

Self Catering near Sanquhar