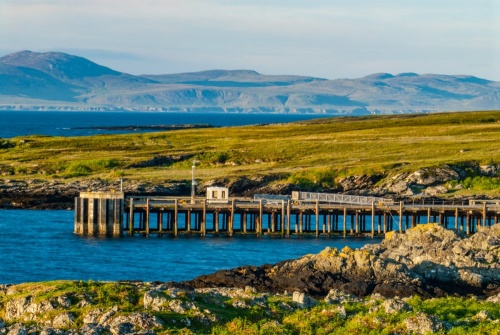 Scalasaig is the main settlement and ferry port on the island of Colonsay. The scattered settlement is home to the island's general store and post office, a micro-brewery, a Georgian parish church, doctor's surgery, community hall, and the Colonsay Hotel and bar.

Every visitor to Colonsay will pass through Scalasaig, even if it is only on their way to a holiday cottage elsewhere on the island, but it is well worth a stroll around the small harbour. We enjoyed the stroll south to the beautiful and secluded sandy beach that looks out on Loch Staosnaig. 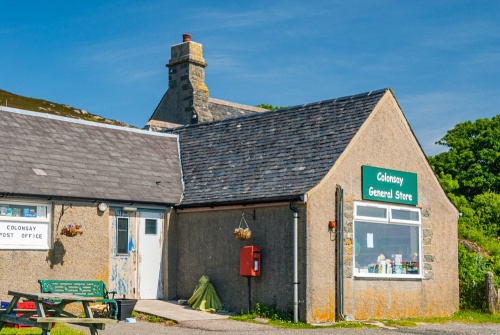 The name Scalasaig comes from the Gaelic Sgalasaig, meaning loosely 'Skalli’s bay'. Skalli is a Norse name that means literally 'bald head', so we have to assume that Scalasaig was named for a Norseman with no hair!

On the summit of a hill overlooking Scalasaig is the Lord Colonsay Monument, a memorial erected by the islanders to remember the sixth Lord Colonsay, who, unlike other 19th-century landlords in the Hebrides, did not clear his tenants off their land to make way for more profitable sheep farming. 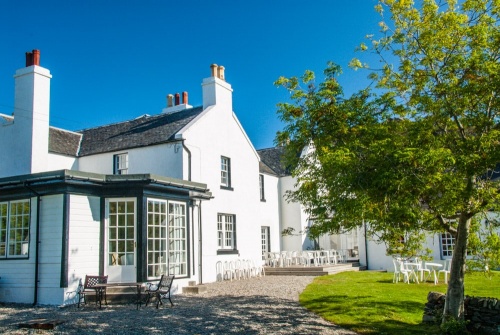 A short walk from the village on the track to Milbuie brings you to the Scalasaig Standing Stones, a pair of ancient standing stones on an east-west alignment. On the hill behind the Colonsay Hotel is an even more impressive stone circle known as Buaile Riabhach. 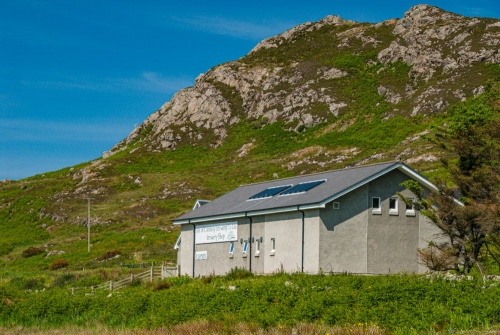 The Colonsay Brewery is an island highlight. Its presence makes Colonsay the smallest island in the world with its own commercial brewery. As of this writing, the brewery produces three beers, Pig's Paradise Blonde, IPA and 80/.

Across from the Colonsay Hotel is the parish church, built in 1802. 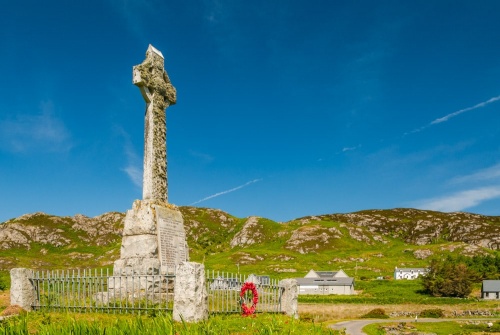 Near the ferry dock is the island's war memorial, taking the form of a Celtic cross of granite on a stone base surrounded by iron railings. The memorial is inscribed with nineteen names; sixteen service personnel who died in World War One, two who died in the Second World War (one of them a woman), and one civilian who perished in that second conflict.

To this, a second stone was added: 1939 - 1945
IN MEMORY OF
ACW Catherine Patterson WRAF
Pte Angus Brown 1st A and S
AB John Galbraith MN 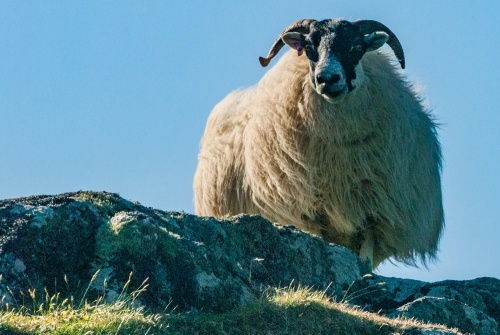 Scalasaig is on the east coast of Colonsay, reachable by regular ferry service from Port Askaig on Islay and from Oban on the mainland. Both ferry services are operated by Caledonian MacBrayne (CalMac for short). We took the Oban service, which takes between 2h 15m and 2h 25m and runs five days per week (three times a week in winter). The Port Askaig service originates at Kennacraig and runs twice a week.

Nearby accommodation is calculated 'as the crow flies' from Scalasaig. 'Nearest' may involve a long drive up and down glens or, if you are near the coast, may include a ferry ride! Please check the property map to make sure the location is right for you.

More self catering near Scalasaig, Colonsay