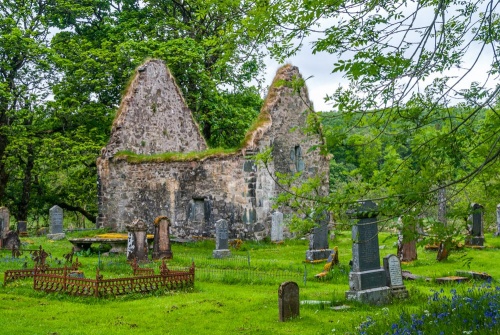 Kilmorie Chapel is the roofless ruin of a 15th-century chapel, one of the few remaining medieval ecclesiastical remains in the west of Scotland. The chapel stands on the south bank of the River Strathlachlan where it empties into Loch Fyne, 450m south-west of Castle Lachlan.

The chapel was the traditional burial place for the Chiefs of Clan Maclachlan, among them Marjorie Maclachlan, the only female chief. The Machlachan burial aisle may have been added to the medieval church in 1592 when King James VI reaffirmed the grant of the church patronage to Lachlan Maclachlan. 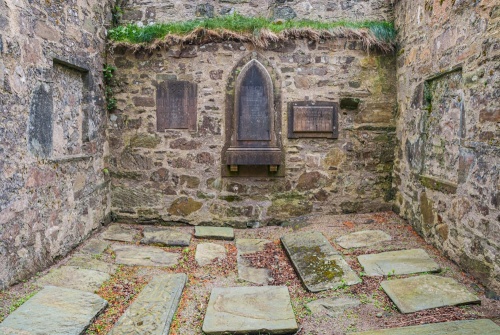 There seems to be some dispute over the chapel's dedication. It is sometimes referred to as Cill Maelrubhai (Maelrubha's Church') and sometimes as Cill Moire (Mary's Church). Maelrubha (AD 642-722) was a missionary saint, born in Ireland, who travelled widely across western Scotland from his base at Applecross. Many early Christian churches were dedicated to him, and he undoubtedly founded several of them personally.

There is no tradition that I'm aware of to that effect, but the fact that the church may have been dedicated to him is suggestive. The burial ground that surrounds the chapel is roughly circular, which usually suggests an ancient origin, but the official record, as reported by Canmore, the National Record of the Historic Environment, states that there is no evidence to suggest an early Christian site beyond the shape of the burial ground. 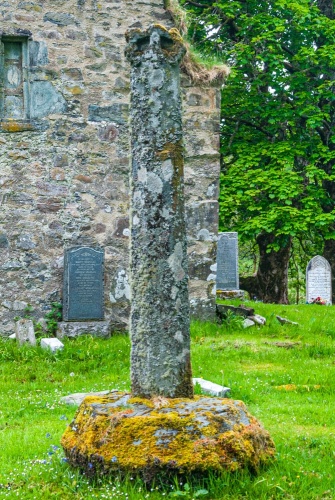 The earliest written record of a church comes in 1543. That church was abandoned in 1792 when a new parish church was built at Garbhallt, to the north-east. The medieval building may have been pulled down so that stones could be reused to build the new churchyard wall.

The chapel we see today formed only part of a much larger church, the partial foundations of which can still be traced on the ground, to the west of the chapel.

The chapel measures roughly 15m long and 8m wide, and is laid out on an east-west axis. The east wall is up to 1m thick. 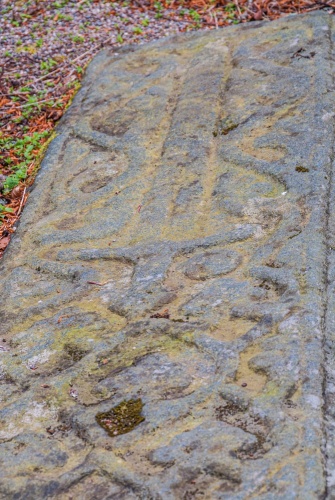 Floriated grave slab inside the chapel

Near the road is an ancient well, known as Tobar Cille Moire (the well of Mary’s Church), said to be a holy well. 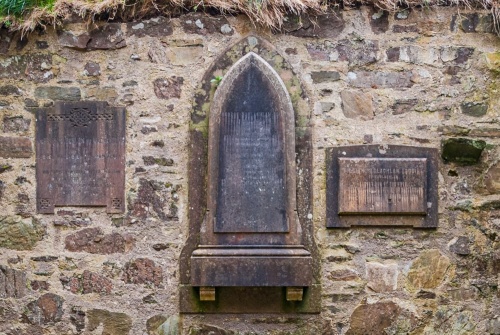 Visitors are free to explore the burial ground, but the chapel interior is locked because of its use as the Maclachlan family mausoleum. That said, I was able to get a very good view of the interior, including a beautifully carved floriated grave slab of apparent medieval date.

There are two interpretation panels to explain the site and its history. One panel stands at the roadside and the other at the burial ground entrance.

The chapel was in a very poor state of decay until the early 21st century when the Lachlan Trust raised over £100,000 to restore the medieval building. A footpath leads from Kilmorie Chapel towards Old Castle Lachlan.

This is a beautifully peaceful place, and the location near Loch Fyne is simply stunning.

Kilmorie Chapel is on the B8000 about 4.5km from its junction with the A886. There is a parking area a stone's throw south-west of the chapel.

Nearby accommodation is calculated 'as the crow flies' from Kilmorie Chapel. 'Nearest' may involve a long drive up and down glens or, if you are near the coast, may include a ferry ride! Please check the property map to make sure the location is right for you.