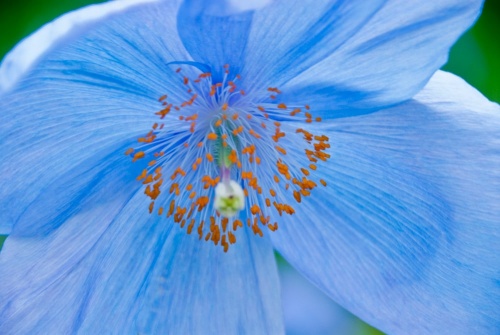 The west bank of Loch Fyne in Argyll is not where you would think of finding an exotic Himalayan garden, but that's where you will discover Crarae Gardens, a lush Himalayan-style woodland garden covering 160 acres beside a swiftly-flowing stream. A circular trail leads up the stream, or burn, before looping back down the other side of a deep gorge.

With its combination of lush Himalayan plants amid steep cliffs and tumbling waterfalls, Crarae offers drama like few other Scottish gardens. And what other garden also includes an authentic Neolithic burial chamber? 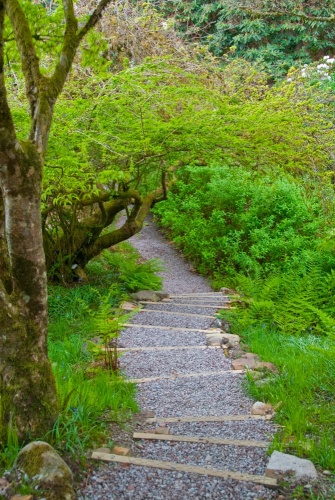 The garden at Crarae was begun in 1912 by Lady Grace Campbell. Lady Campbell had gardening connections; her nephew was Reginald Farrer, one of the most widely travelled plant hunters, who scoured Tibet, Nepal, and China for exotic plants that he could transport safely back to Britain.

Farrer was also a popular writer, whose articles on gardening did more than perhaps any other author to break the Victorian fashion for neatly regimented flowerbeds in favour of the more informal, natural style of woodland garden found here at Crarae.

One advantage offered by Crarae was its fertile soil. That and the protection offered by the deep ravine of Crarae Burn helped create ideal conditions for plants not usually found in Britain.

The garden begun by Lady Campbell was enlarged by her son, Sir George, and then by her grandson, Sir Ilay. Since 2002 Crarae has been cared for by the National Trust for Scotland. 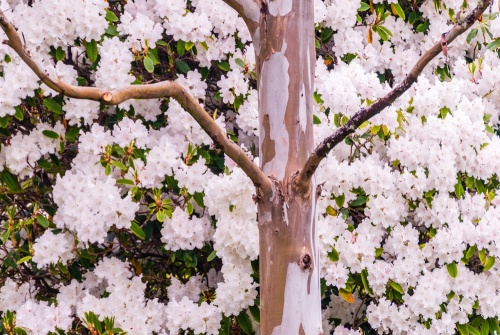 Crarae boasts a superb collection of rhododendrons, which thrive in the mild, moist climate and acidic soil. Other species on show include azaleas, eucalyptus, magnolias, and hydrangeas, while trees on display include Chinese lantern trees and birch. One unexpected sight is a number of large blue poppies.

Crarae is at its best in spring when the magnolias and rhododendrons are in full bloom, but the wide variety of flowering trees and shrubs makes for lush displays of autumn colour as well.

The upper garden is laid out along the steep-sided Crarae Burn. The burn is crossed by several picturesque footbridges which give excellent views of a series of cascades. The lush Himalayan plants thrive in the shade of towering conifers. 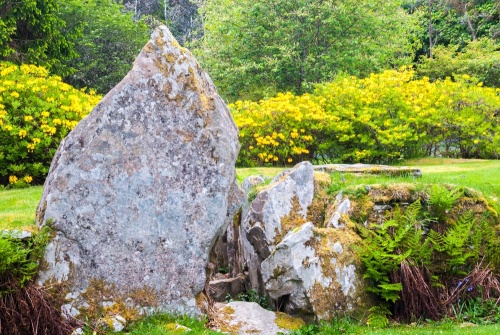 Remains of the Neolithic chambered tomb

Near the garden entrance stands a ruined burial chamber thought to have been built around 3500 BCE. The burial chamber originally stretched about 33m from east to west, though much of the mound has been destroyed, and the entrance is guarded by two large orthostats (tall, upright stones).

When the chamber was excavated in the 1950s, archaeologists discovered the remains of three people. Two of the dead had been cremated. Further excavation unearthed 5,000 seashells, representing 15 different species. 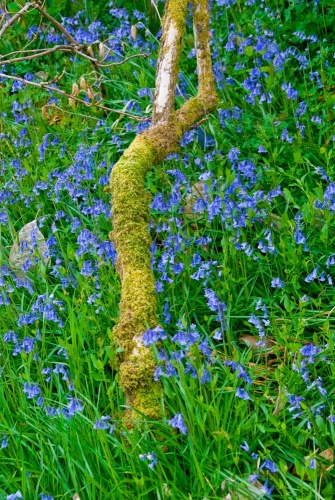 Crarae Garden is on the A83 between Furnace and Minard, on the western shore of Loch Fyne. From Inveraray simply follow the A83 south towards Lochgilphead and you will see signs for the garden just south of Furnace. Free admission for National Trust for Scotland members. 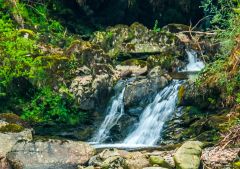 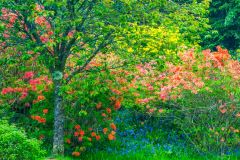 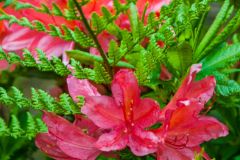 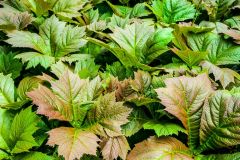 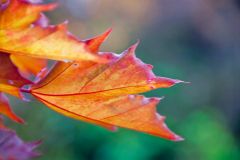 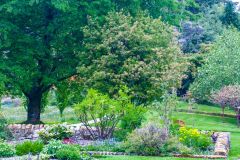 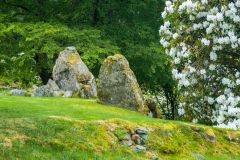 Nearby accommodation is calculated 'as the crow flies' from Crarae Garden. 'Nearest' may involve a long drive up and down glens or, if you are near the coast, may include a ferry ride! Please check the property map to make sure the location is right for you.

More self catering near Crarae Garden