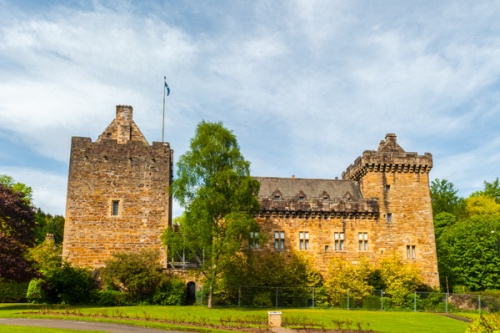 Robert the Bruce gave lands at Kilmarnock to Sir Robert Boyd for his faithful service during the Scottish Wars of Independence. Around 1350 the Boyds built the first castle here, a simple stone keep. About 110 years later a 'Place', or Palace, was built beside the earlier tower keep at a time when Lord Boyd served as James III's guardian.

Until about 1700 the fortress was called Kilmarnock Castle. The later name 'Dean Castle' refers to its setting; dean is a traditional Scottish term for a wooded valley.

In 1735 the castle was heavily damaged by fire, traditionally said to have been caused by a careless maid. It was not rebuilt, and the Boyd family moved into the town centre of Kilmarnock. Lord William Boyd then made a drastic miscalculation; he supported the 1745 Jacobite Rebellion under Bonnie Prince Charlie.

After the Jacobite cause faltered, Lord Boyd was executed for treason. His heir, trying to distance himself both literally and figuratively from his father's actions, sold Dean Castle and moved his family to Aberdeenshire.

He also changed the family name, seeking to cover his Jacobite past. According to our wonderfully informative tour guide, this has caused no end of confusion for modern Boyds trying to trace their family tree, for the Aberdeenshire branch of the Boyd family seems to suddenly die out! 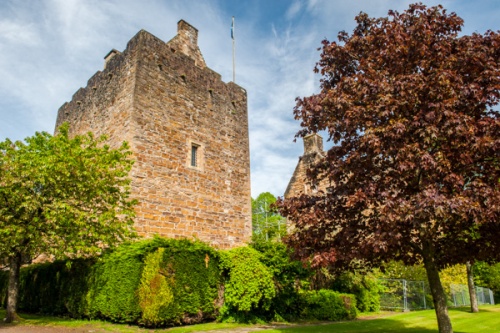 For the next two centuries the castle crumbled into a decaying ruin. Then in 1899 Howard de Walden, 8th Lord, inherited the estate. He arrested the decay of centuries and restored the castle, though not strictly speaking with any degree of historical accuracy! So today what we see in the castle courtyard is a mix of authentic medieval and rather fanciful Edwardian style.

Lord de Walden was an avid collector of arms and armour, as well as early musical instruments. Both collections are now housed in the castle and are among the finest such collections in Europe. In 1975 the 9th Lord de Walden gave Dean Castle to the town of Kilmarnock, and its grounds became a popular country park.

You can see the cellars, Great Hall, and courtyard at any time, but I do recommend taking a free tour, which are given at regular intervals throughout the day. Tours take about 40 minutes and can be booked at the Great Hall. Our guide was extremely knowledgable about the castle and the history of the Boyd family, and really helped bring the castle to life. 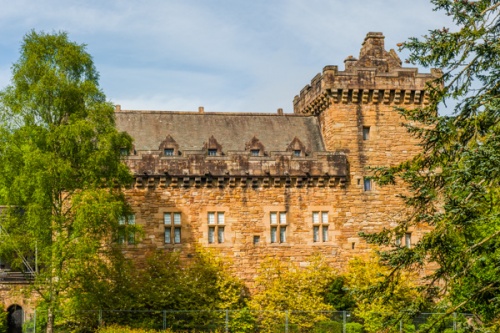 Tours include the Great Hall, the centre of castle life, where the Lords of Kilmarnock and their retainers dined and carried out most of their daily tasks.

You can see the Solar, or private quarters for the Lord and his family, the Dungeons, and the Minstrel Gallery. The restored medieval kitchen shows how food was prepared, and you can visit the later Banqueting Hall and the private chambers built for William Boyd.

As well as the arms, armour, and musical instruments on display there are also mementoes of Robert Burns, and souvenirs relating to Bonnie Prince Charlie and the Jacobite rebellions. There are medieval tapestries from Brussels, dating to as early as 1475, plus a local collection of textiles and costume, most of it from the period 1850-1920. The local textile examples are mostly women's clothing, including examples of local lace and embroidery.

Part of the original grant of Dean Castle to the town of Kilmarnock, this collection amassed by the 8th Lord Howard de Walden incudes full and half-armour from the 16th century, and rare swords dating from the Viking period through to the 17th century, including several Crusader swords. The swords come from all across Europe, including highly prized examples from the swordsmiths of Toledo and Milan.


There are over 100 European instruments on show, including lutes and guitars from as early as the 16th century. There are early keyboard instruments dating to around 1500, including spinnets, a harpsichord, and organ. There are wind instruments from the 16th-19th centuries, with very early examples of a recorder, oboe and flute.


I've noticed that historic castles preserved in country parks never seem to get the publicity of 'stand-alone' castles. I don't know why that should be, but in the case of Dean Castle and its nearby neighbour, Eglinton Castle, I'd say that holds true; both are what you'd call 'hidden historic gems'. Dean Castle is a fascinating mix of 14th century, late medieval, Jacobean, and Edwardian buildings.

It is interesting to see how the castle changed and developed from the early fortified tower to the later, comfortable apartments. The setting is certainly attractive, directly beside a flowing burn and a deer enclosure, with park and gardens stretching out in front of the castle walls. 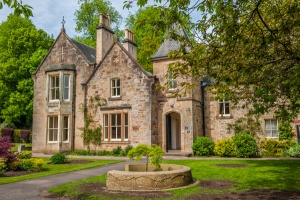 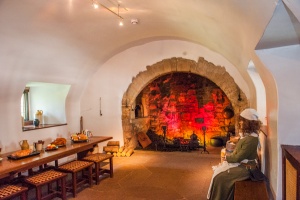 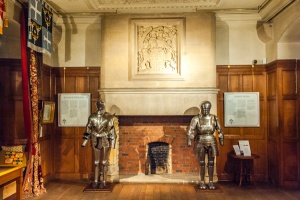 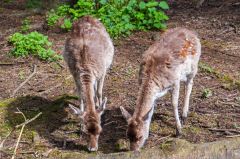 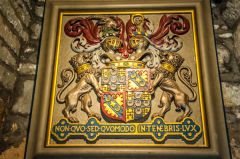 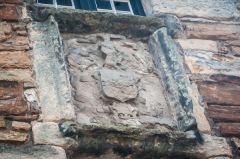 Nearby accommodation is calculated 'as the crow flies' from Dean Castle. 'Nearest' may involve a long drive up and down glens or, if you are near the coast, may include a ferry ride! Please check the property map to make sure the location is right for you.

More self catering near Dean Castle