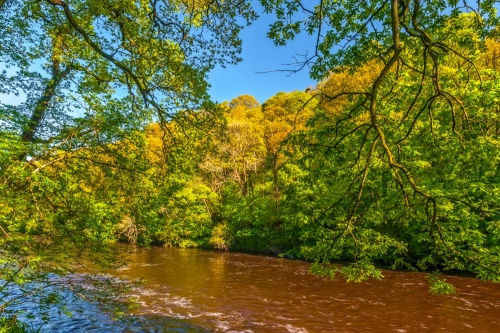 The River Ayr flows out of Glenbuck Loch in East Ayrshire and makes its way 44 miles to the Firth of Clyde at the seaside town of Ayr. Near Mauchline, the river passes through a deeply wooded gorge, known as the Ayr Gorge. Footpaths lead along the river, through a beautiful, romantic landscape, managed by the Scottish Wildlife Trust.

The Ayr Gorge Woodlands covers about 100 acres (40.7 ha) and has been declared a Site of Special Scientific Interest (SSSI). It is one of the most impressive areas of native woodland in Ayrshire and offers a home to a wide variety of wildlife, including otters, badgers, and the elusive kingfisher.

Visit in spring for birds, in summer for brown long-eared bats, and in autumn for a variety of fungi under the woodland canopy.

Ayr Gorge was created over 10,000 years ago when glacial melt-water cut through the red sandstone to form a steep-sided canyon. The sides of the gorge offer habitat to veteran trees, some as much as 300 years old. 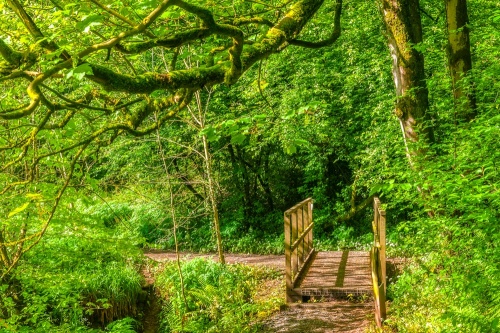 There is more to Ayr Gorge than just the scenic beauty of the location. It is said to be a location where poet Robert Burns had romantic trysts with his lover Mary Campbell (immortalised in poem as 'Highland Mary'). It is not surprising that the couple sought out this romantic, secluded spot for their meetings.

Burns and Campbell may have been secretly married and were almost certainly going to elope to Jamaica together, but Campbell contracted a fever and tragically died.

Long before Burns and his Highland Mary met beside the River Ayr the woodland was home to historical drama. In the late 17th century the famous Covenanter Alexander 'Sandy' Peden preached to his followers from a set of sandstone steps cut into a rock face, known since as Peden's Cove.

His congregation gathered on the far side of the river to hear his sermons. It must have been a dramatic sight, with both Peden and his followers aware that they might have to flee for their lives at any moment.

In 1662 Peden was one of 300 ministers forced to leave their churches after the Restoration of Charles II to the throne. Peden became a 'field preacher', preaching in open fields across the Scottish Lowlands. He was so well-known that he took to wearing a mask while travelling so that government soldiers would not recognise him. He was eventually forced to flee to Ireland, though he returned to Scotland several times before his death in 1686. 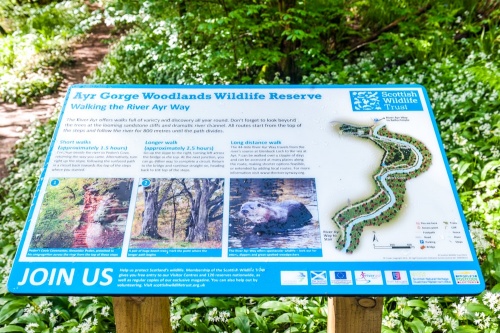 An information panel at the start of the woodland walk

Peden's fame (or infamy, depending on which side you supported) meant that his story did not end there. Forty days after his death, government soldiers dug up his remains and reburied him two miles away, as a final mark of disrespect.

Further along the trail is the half-hidden remains of an old sawmill and near the Failford end of the nature reserve are the remains of two small quarries.

There is a layby for parking on the B743 opposite the Failford Inn at the western edge of the village. From the inn, a signposted trail leads through the woodlands. The route is well marked and relatively easy to follow, but expect muddy areas after rains. Also be aware that there are several sections of steep stairs.

There are two routes; a 1.5 mile circular route with the option of a short detour to Peden’s Cove Viewpoint. This route has one set of stairs. It should take no more than 1.5 hours to complete. 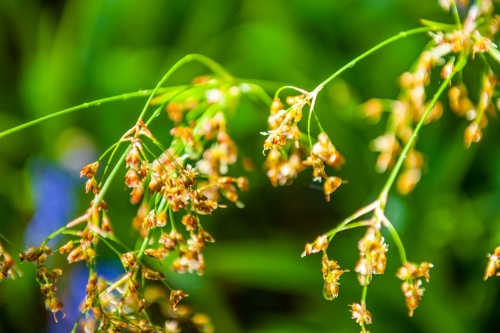 Spring flowers along the woodland trail

The longer walk, which incorporates the shorter one, is three miles long and forms a figure eight, with two loops linked by a connecting trail in the middle. This walk has quite a lot of climbing and descending and several flights of stairs. The path is narrow in places with some steep slopes. A reasonably fit person should easily make the walk in 2.5 hours.

We recommend taking the longer route if you have the time as this trail offers better views of the River Ayr and lets you truly appreciate the natural beauty of the gorge to its fullest.

Both walks are on the River Ayr Way, which traces the entire length of the river from its source to the sea.

Nearby accommodation is calculated 'as the crow flies' from Ayr Woodland Gorge. 'Nearest' may involve a long drive up and down glens or, if you are near the coast, may include a ferry ride! Please check the property map to make sure the location is right for you.