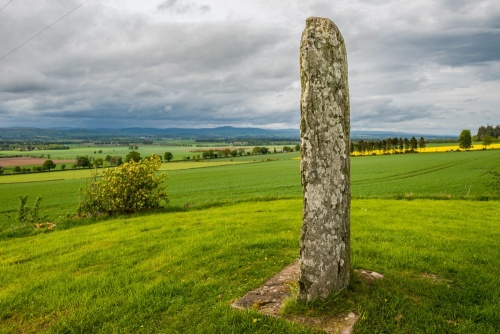 Standing in an idyllic rural location with views over Strathmore is a Class I Pictish symbol stone, possibly created from an earlier standing stone. The symbol stone stands on top of a Bronze Age tumulus, or mound, and has been set in a concrete base to stop it from falling.

The south face of the High Keillor stone is carved with traditional Pictish symbols including a mirror and comb, double-disc and Z-rod, and an unknown animal. The animal has been variously interpreted as a badger, a wolf, and a bear. The stone was probably carved sometime during the 6th-8th centuries AD.

The symbol stone is close to the old border between Perthshire and Angus. 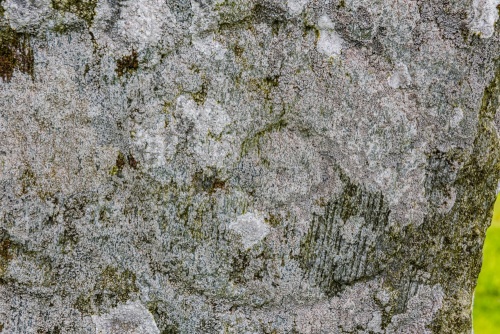 The High Keillor stone was first recorded in 1832. Within twenty years the upper section of the stone had broken off. It was reattached between 1848 and 1856 and clamped together to insure its stability.

The tumulus on which the stone stands has been investigated by archaeologists, who discovered several cist burials with urns. 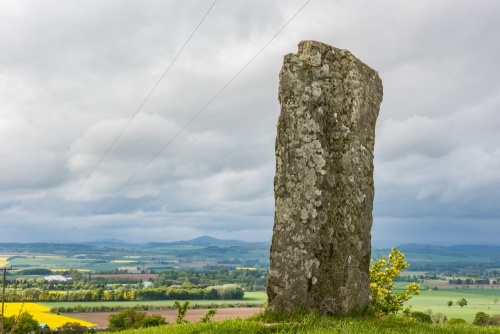 The symbol stone from the south

The stone is signposted from the crossroads in nearby Newtyle. From Newtytle, follow the minor road west towards Kettins and Coupar Angus, and turn left just after you leave the village onto the country lane to Keillor.

The road makes a sharp bend, past the gates of Kilpurnie Castle, and follows the stone wall that defines the castle grounds before emerging into open farmland. You pass Hill of Keillor on your left before coming to the symbol stone, just beyond the stone wall on your right and opposite the drive to High Keillor. 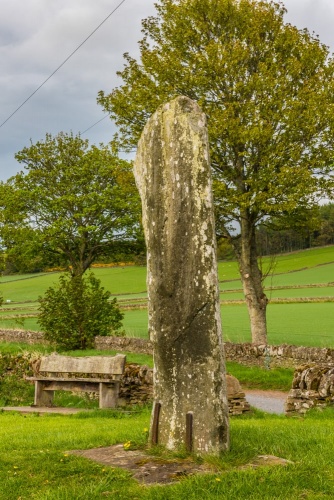 Note that the stone is sometimes referred to as the Baldowrie Symbol Stone.

Though some sources that we read online say that the carvings are faint, I found them very easy to make out. It is possible that we were lucky with the late afternoon light striking the carvings at just the right angle, but to me the carvings were very clear.