The Agricultural Revolution in Scotland

The new revolution began as a revolution of ideas. New farming methods developed in England and Scottish landowners wanted to introduce these new ideas in Scotland. Landowners created large farms and rented them to tenant farmers. Marshy land was drained, bringing more land into cultivation, and tree-breaks were planted to provide shelter from the wind. Fields were enclosed, bounded by stone fences, and crop rotation was introduced. Potatoes were grown widely for the first time.

New tools such as the metal plough and seed drill meant that one man could do work that had formerly taken many men to do. One effect of this was that former farm workers moved to large cities to look for work. Large numbers of people left the Highlands, leaving not enough people to do essential work.

Industry collapsed, and poverty was rampant. Some nobles built planned towns along the coast to encourage new industry. Towns such as Thurso and Scrabster, Brora and Golspie, were built as part of an overall vision of encouraging new industry like saltworks, mining, and brewing.

Hand in hand with the changes of the Agricultural Revolution were the social changes of the Highland Clearances when thousands of people were forced off their land to make room for raising sheep. 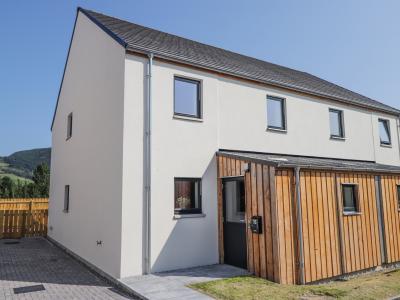