The Industrial Revolution in Scotland

Scotland had a traditional cottage industry producing linen, most exported to the Americas. After the American Revolution, this market collapsed, and the invention of the Water frame by Richard Arkwright meant that hand-worked cloth was no longer economically viable. This led to a huge growth of cotton mills in Scotland.

Between 1781 and 1831 around 200 new mills were built near rivers. Living conditions for workers at these new mills were very poor. Many mill owners hired women and young children because they could be paid less than a man.

Some mill owners tried to treat their workers well. Robert Owen created a visionary new mill at Lanark. He created new homes for his workers, with free schools, and offered them cheap goods at the mill shop. He paid fair wages and offered night education classes for adults so they could better themselves. Other mill owners adapted some of Owen's idealism and tried to offer their workers a better life.

The 19th century saw growth in Scotland's coal industry, particularly in Fife, Lothian, Ayrshire, and Lanarkshire. Conditions in the mines were very poor, but the demand for coal was high, as it was needed to drive the steam engines used in other industries and also to help Scotland's burgeoning iron industry. In 1828 James Neilson discovered a way to use coal to smelt iron ore, called the 'hot blast' method. Iron smelting works were usually situated close to coal mines to cut transportation costs.

The other major growth area in the Industrial Revolution was in shipbuilding. Shipyards flourished on the Clyde and at Leith, at Aberdeen, and Dundee. When steel-hulled ships became the norm, Scotland's shipyards, particularly those on the Clyde, were among the busiest in the world. Scottish engineers and shipbuilders designed and some of the most important ships in the world, including P&O and Cunard liners.

The invention of the gaslight by George Murdoch in 1803 allowed factories to remain open even longer, and extended the working day. 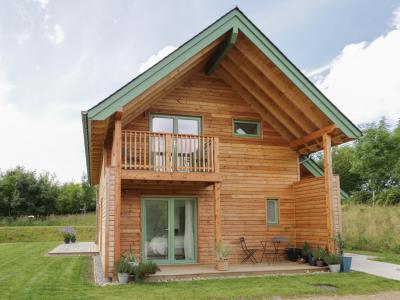 This detached timber house rests in Rafford near Forres in Scotland and can sleep five people in two bedrooms.
Sleeps 4 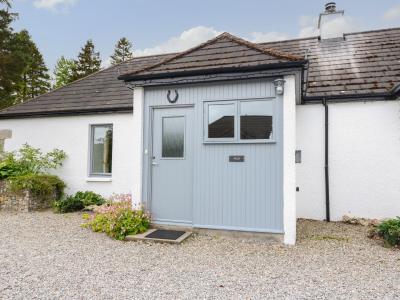 Ash rests in Etteridge near Newtonmore and sleeps two people in one bedroom.
Sleeps 2