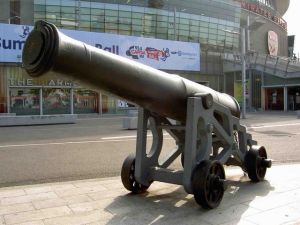 The Arsenal Museum details the colourful history of this famous north London football club, from its beginnings in 1886 when it was founded by a group of munitions workers.

See match-worn jerseys, boots, caps, and other pieces of kit worn by some of the most famous players in the team's long history. Arsenal fans will love seeing the boots that Michael Thomas wore in the famous match at Liverpool in 1989 when his last-second goal won the League title.

See a special trophy awarded to the 2003/4 'Invincibles' for their season-long unbeaten run, and medals awarded for cup triumphs at home and in Europe. Exhibits look back at Arsenal's first home at Highbury, and there are interactive displays covering matches, players, managers, and more. The museum is a must-see for fans of Arsenal and football followers of any persuasion.

The museum is open daily, but on match days it closes 1 hour prior to kickoff.