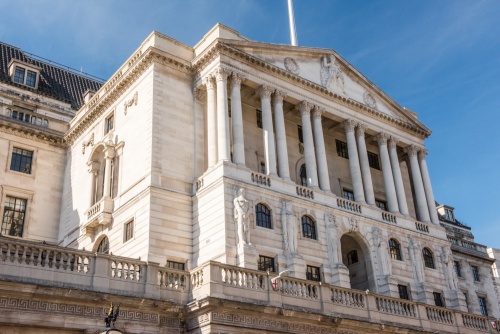 The Bank of England Museum is a fascinating walk through time, looking back at the history of this venerable institution from its inception by royal charter in 1694.

The bank's charter, issued jointly in the names of William and Mary, can be seen, with the royal seal attached. The seal was affixed to the charter in a ceremony on 27 July 1694 at Powis House, Lincoln's Inn Fields, by Sir John Somers, Lord Keeper of the Great Seal.

First, a transaction book, or notated piece of paper retained by the customer (similar to a modern building society passbook). Second, acting as an intermediary when a customer wanted to pay a third party (like a modern cheque). The third method was to issue a cash note which acted as a receipt payable to the bearer. This third method proved to be by far the most popular. In 1697 Sir Theodore Jansen, a Bank Director, recorded that 'The Custom of giving Notes hath so much prevailed amongst us that the Bank could hardly carry on business without it.' 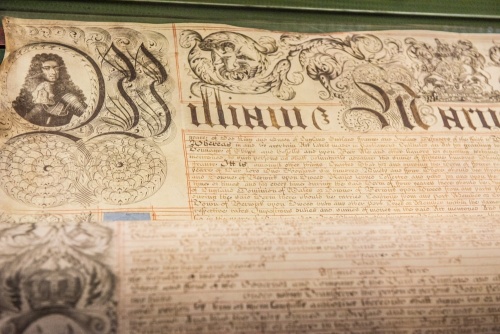 The Bank of England royal charter, 1694

The popularity of this third method led to the establishment of the banknote as we know it today. You can see early examples of banknotes dating from the 17th century, and original artwork used in the creation of banknote design.

There is also a large collection of banknote forgeries, some clever and some less than convincing. Unlike today, early forgeries did not have to be very good to work. Early notes were very simple in design, and most people were unused to paper banknotes in any case, making forgeries easy to pass off as legal tender.

One unusual item is a one million pound note from the early 19th century. Though the highest denomination publicly issued by the Bank of England was £1,000, million-pound notes were sometimes used for internal accounting purposes. The note was payable to the Chief Cashier, Andrew Newland, as were all banknotes at that time.

The museum does an excellent job of showing how famous people were linked to the early history of the Bank of England. One such celebrity was George Frederick Handel (1685-1759), the popular composer. Handel had two bank accounts; one 'Drawing Account', the equivalent of an ordinary savings account, and a 'Stock account' that he used to invest in Government securities managed by the Bank.

One of Handel's investments was stock in the notorious South Sea Company. Luckily for Handel, he bought when the Company's stock was low and sold his investment before the 'south sea Bubble' burst in 1720. 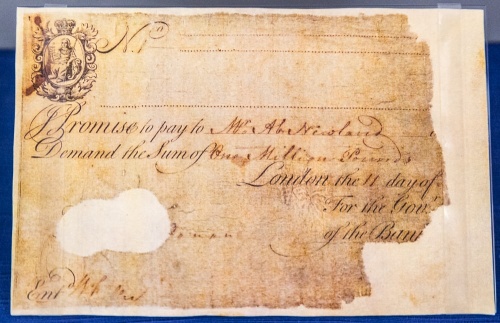 Another celebrity display shows items connected to George Washington, the first President of the United States. You can see a document signed by Washington and his wife Martha, authorising payment on stock dividends held by Martha and her two children from the father of her first husband.

There are also less-expected displays of wonderful antique furniture, much of it used by the bank directors over the centuries, such as a set of chairs specially designed by architect Sir John Soane. In addition, an extensive collection of artwork portrays bank personnel and the changing look of the bank premises over time.

From the earliest days of the Bank of England until well into the 19th century the British government frequently used lotteries as a way to raise money. The Bank of England acted as the official lottery registrar and held subscriptions on behalf of the government. You can see displays of lottery tickets dated 1769 and signed by the Bank's Chief Cashier.

As if that were not enough, there is antique silver and statuary, weaponry used to defend bank premises, and banking paraphernalia such as weights, scales, keys, and calculators. You can even try to heft a real gold bar.

The Bank of England Museum hosts a regular program of special events, talks, and exhibits. An audio tour is available for a small fee, with the commentary "provided" by Abraham Newland, Chief Cashier of the Bank from 1778 to 1807.

The oldest piece of furniture on display is an iron chest made around the year 1700, with a complex locking mechanism and heavy ironwork frame. Such chests were commonly used to store valuables in the days before safes. In Bank records for the year 1735, it is referred to as 'the Great Iron chest in the Parlour'. 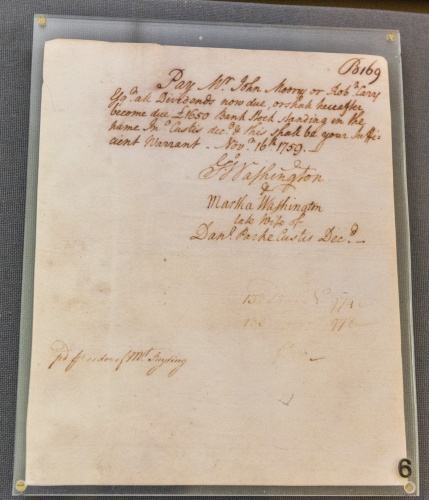 One of the most unusual museum exhibits tells the story of a 19th-century sewer worker who discovered that a public sewer led directly into the Bank's supposedly secure vaults. Rather than take advantage of his discovery to steal money from the vaults, the workman told the authorities of the threat. The rather embarrassed Bank sealed the vaults and rewarded the sewer workman for his honesty.

One curious note: the Bank's premises on Threadneedle Street were originally intended as temporary quarters only. The Bank has now been located here for over 270 years.

The name "Threadneedle Street" is - in theory - pronounced by true Cockney residents as "Thrumble". I say, "in theory" because an attempt by this writer's American father to ask for directions to "Thrumble Street" was met by blank stares from all the Londoners he encountered. Try it yourself!

I found the Bank of England Museum fascinating to visit. The exhibits were thought-provoking and provided a real insight into the origins of modern banking that we tend to take for granted.

Finding the Museum is easy; the entrance is on Bartholomew Lane, just off the north side of Threadneedle Street opposite the Royal Exchange. It is an extremely short walk from Bank tube station. 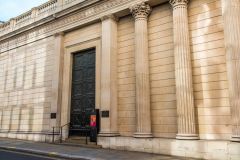 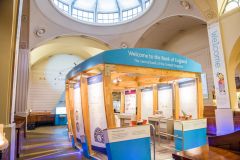 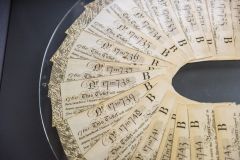 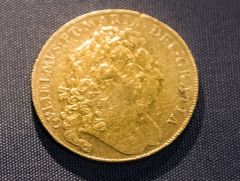 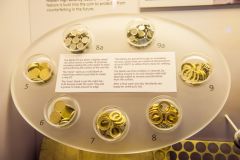 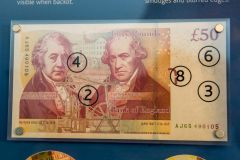 More self catering near Bank of England Museum

More bed and breakfasts near Bank of England Museum