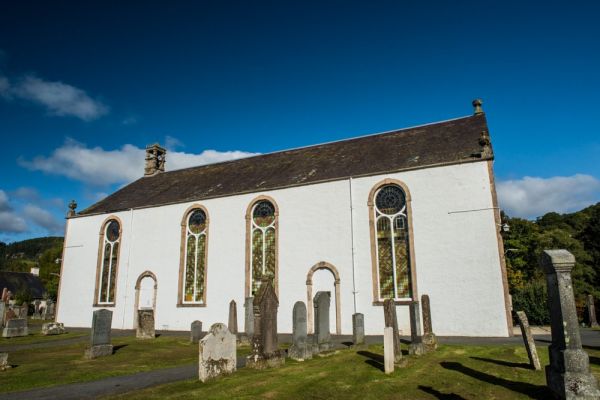 On the south bank of the River Tay, opposite the historic town of Dunkeld, lies the village of Little Dunkeld. The parish church of Little Dunkeld is an attractive 18th-century building designed by architect John Stewart in 1798. It is at least the fourth church on this site.

The church building is a simple rectangle with a whitewashed exterior. Over the west gable is a birdcage belfry holding a bell cast by Andrew Machen of Glasgow in 1798. The interior is typical of a Presbyterian preaching church, with a pulpit on the long wall and a gallery stretching around three sides of the building.

The most interesting historical feature inside the church is a bronze handbell, cast around the year 900 AD. It is roughly seven inches high with a small handle rising another 1.5 inches. The Little Dunkeld bell is one of four in Scotland to survive from the Culdee period.

It is remarkable that the bell has survived when you consider that a 17th-century minister used it as a dinner bell and when he died it was about to be sold for scrap with his effects before it was rescued by a church elder at the last minute. 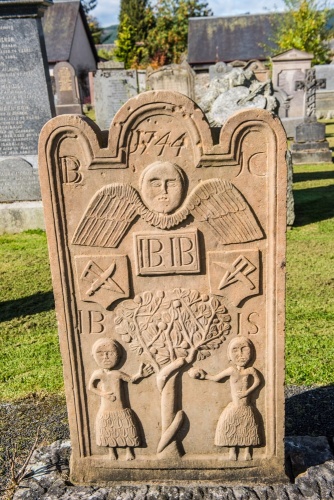 Until recently Little Dunkeld parish was independent of Dunkeld Cathedral across the river. It had its own parish, which according to a 1792 account was as large as three ordinary-sized parishes, covering some 31,000 acres. Dunkeld Cathedral with its bishop, canons, and other church officers exercised control over 'Dunkeld the Major Charge', while Little Dunkeld's parish originated as 'Dunkeld the Minor Charge'.

Within the Minor Charge, cathedral clergy served widespread chapels. Life was not easy for the residents of Minor Charge; in the mid 15th century a local marauder ravaged the area and did 'plunder the church lands of Little Dunkeld'.

Traditionally ministers of Little Dunkeld needed to speak Gaelic, and there were protests when a new appointee was deficient in the language. For example, the parishioners objected in 1687 when Alexander M’Lagan was named as the new minister. He was told to study Gaelic, and formally rebuked when he failed to do so.

His son Alexander M’Lagan succeeded him to the post, and he too caused friction by not being able to speak Gaelic. He attempted to preach in Gaelic at Strathbran, and performed so badly that the parishioners stoned him. He swore that he would never preach there again, and according to tradition, no public services were held at Strathbran during the rest of his incumbency.

Unusually, most of the historical interest at Little Dunkeld Church is outside the church itself, in the churchyard. The burial ground boasts a wonderful array of historical gravestones. 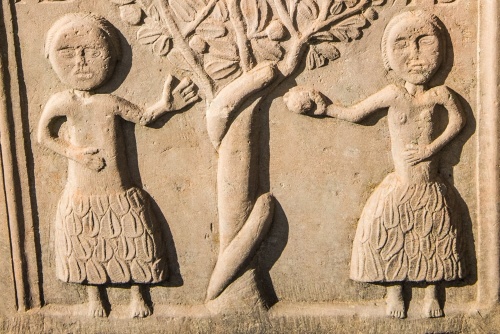 Carved figures of Adam and Eve

Just outside the church entrance are a pair of beautifully-carved gravestones. One, dated 1744, shows Adam and Eve flanking the apple tree in the Garden of Eden. Eve holds out an apple in Adam's direction while a headless serpent winds its way around the tree trunk. Above the tree is an angel with outspread wings.

The other gravestone shows Adam with the apple tree and an angel, above a skull, crossed bones and an hourglass, traditional symbols of mortality. The two 'Adam and Eve' gravestones are exquisitely carved and well deserve seeking out.

West of the church is the grave of Charles MacIntosh of Inver (1838-1922), a celebrated Perthshire naturalist. Nearby is a memorial to James Reid (d 1796) erected by his sons Hugh and John, both weavers.

Another interesting gravestone is that of Thomas Glass (or Glas), sub-dean of the Cathedral from 1648 and minister of Little Dunkeld. Thomas's father William also served as minister of Little Dunkeld, and his son, Rev John Glass was the minister at Tealing in Forfarshire. The younger Glass held radical views not far removed from modern Communism and was deposed by his parishioners. His followers became known as the Glassites, or Sandemanians after Glass's son-in-law Robert Sandeman. 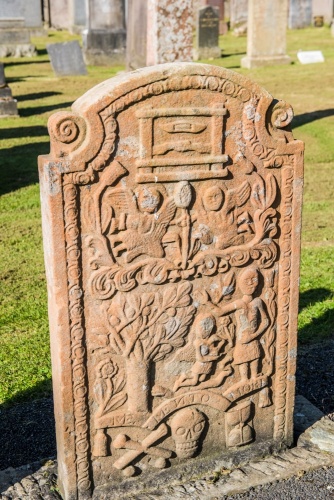 South-east of the church is the tomb of Niel Gow (1727-1807), a celebrated 18th-century fiddler. Gow was known as Scotland's foremost exponent of reels and Strathspeys. He was a musical prodigy and gave up his career as a weaver to become a full-time musician.

At just 18 he won a fiddle contest against much more mature musicians. The win brought him to the attention of the Duke of Atholl, who became his patron and secured regular employment for him at fashionable dances and balls.

He was married twice and at least four of his sons followed him as musicians and composers.

Gow is credited with composing or adapting 87 dance tunes. These songs are still popular today and form the basis for many Scottish folk songs. An annual fiddle festival is held in Birnam and Dukeld in his honour. Gow's original gravestone is held in Dunkeld Cathedral's chapter house, where it was moved to protect it from weathering. It was replaced by a modern memorial in 1987, sponsored by the Niel Gow Memorial Trust.

Note the spelling; Gow's first name was Niel, rather than Neil, though you will often see the latter used erroneously. 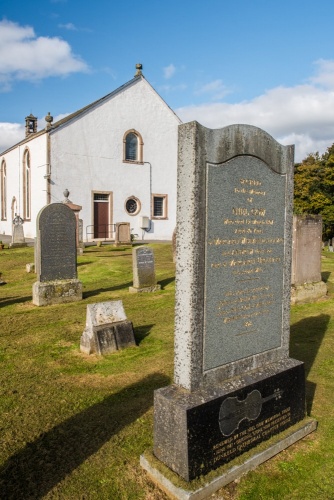 Despite the name, Little Dunkeld Church holds more worshippers than Dunkeld Cathedral across the river.

Opposite the churchyard is Stel Park, said to be the former haunt of smugglers.

It is very easy to find Little Dunkeld Church on foot from Dunkeld. Just take Thomas Telford's Dunkeld Bridge to its southern end and turn east on Willowbank. You will see the church straight ahead on your left, just across School Lane. If arriving by car off the A9 just take the Dunkeld exit onto the A923, then take the last right before the bridge onto Willowbank.

Note that the church is often locked, but it is still worth visiting for the excellent historical monuments in the churchyard. 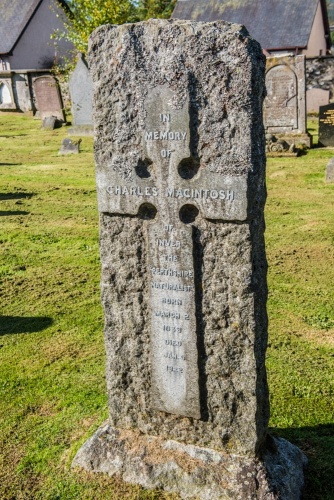 Self Catering near Dunkeld