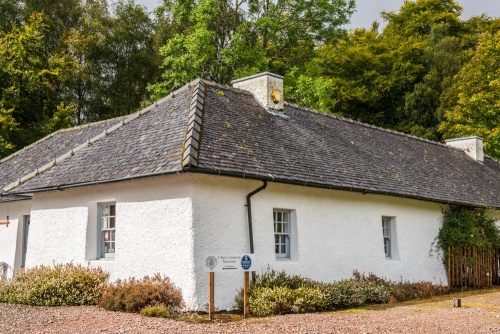 This small museum recounts in vivid detail the history of Clan Cameron, its involvement with the Jacobite rebellion, the story of the Cameron Highlanders and the Commandos who have trained here since WWII.

The museum is housed in a restored 17th-century bothy. The bothy was badly damaged by government troops after the failure of Bonnie Prince Charlie's 1745 rebellion. It later served as a residence for the head gardener of Achnacarry House. The gardener's wife operated a sub post office attached to one end of the building, hence the building is now known as the Old Post Office.

The Old Post Office was built using a traditional cruck construction, with timber beams inserted into slots in the drystone walls. Four or five sets, or couples, of cruck beams were used, pegged to a crosspiece at the top.

The drystone walls rise to around 6 feet high and totally encase the bottom section of the crucks. Turf was often used for the top of the walls rather than stone. Turf was used for the first layer of the roof, then topped by thatch. 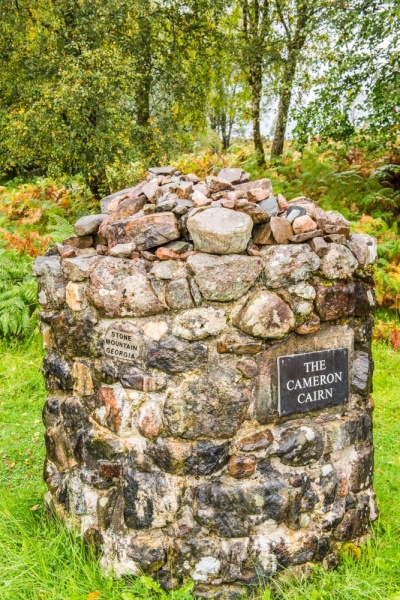 The Cameron Cairn, outside the museum

The Old Post Office stands near Achnacarry Castle, the ancestral home of the Chiefs of Clan Cameron. The castle is a Scottish baronial mansion built in 1802 for the 22nd Chief and is not open to the public.

The museum traces the long history of Clan Cameron from its origins in the 14th century, down to the present day, with historic costumes, ancient weapons and objects from everyday life, plus old photographs and paintings. There is a small exhibit on James Cameron, director of the Academy award-winning film, Titanic.

There are also displays covering important events in the history of the clan, spanning 27 generations. For example, you can see the boots worn by the 17th Chief at the Battle of Killiecrankie in 1689, and a fragment of a tartan vestment worn by Father Alexander Cameron at the Battle of Culloden in 1746. On the wall in a glass case is a copy of the letter written several years later by Father Cameron to his son, while he was being held in the Tower of London under a sentence of death.

Learn about the foundation of the Cameron Highlanders Regiment, and how Achnacarry served as a training centre for Commandos during World War Two. The Commando training was notoriously difficult. On the museum wall is a quote attributed to Commandos in battle, saying that no matter how difficult the situation, they can survive it, because it can't possibly be as bad as Achnacarry.

Among the Commando-related items on display is an SAS Escaping Kit, an easy-to-carry collection of useful tools, including a compass, signalling mirror, magnifying glass, snare, fishing line, fish bait, and a pair of miniature saws.

Achnacarry maintains its strong links to the military; when we were driving to visit the museum we came up behind a troop of soldiers trotting along the road in fatigues. The road was narrow, with no place to safely pass, so we drove slowly behind as they maintained their pace for several miles until they reached a place that was wide enough for them to wave us past.

We saw the same troop of soldiers again when we emerged from the museum an hour later, relaxing in the picnic area next to the Cameron memorial cairn. They were obviously based nearby and frequently used the roads for fitness training. 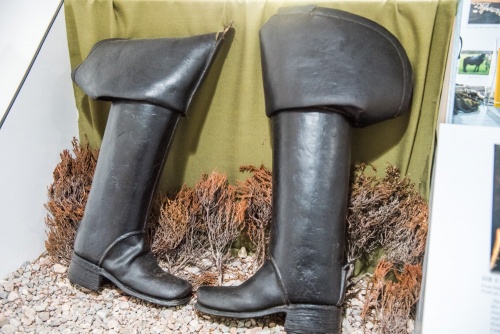 The 79th Cameron Highlanders were raised in 1793 by Major Alan Cameron of Erracht, and most of the volunteers came from Lochaber and northern Argyll. You can see a set of bagpipes belonging to Captain Allan Cameron of Lochiel, who was killed in action in France in 1914. Also look for a Cameron of Erracht regimental kilt worn at Dunkirk; one of the last times a kilt was worn in battle by a British soldier. Outside the museum is an artillery piece captured by the Queen's Own Cameron Highlanders at the Battle of Loos.

One of the largest exhibits covers the 2 major Jacobite Risings in 1715 and 1745, in which the clan played a major role. One of the prize exhibits is a waistcoat worn by Bonnie Prince Charlie, and a Jacobite ring with a secret compartment that holds a portrait of the Prince. Another Jacobite relic is a Lochiel Bible, which has all references to King George blacked out.

There are mementoes linked to Flora MacDonald, who helped Bonnie Prince Charlie escape his Hanoverian pursuers even though she herself was not a Jacobite supporter. One of the exhibits is a lovely piece of lace belonging to MacDonald. Another Jacobite item is a sword belonging to Hector Ban Cameron and used at the Battle of Culloden. After the battle the sword was hidden in the thatch of Achnacarry House. 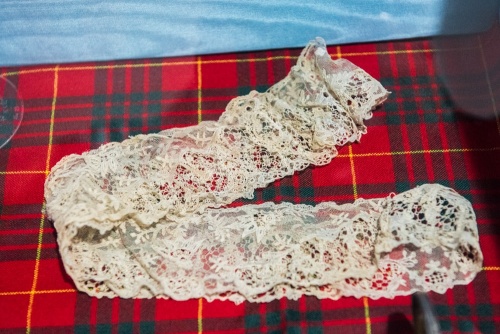 Members of Clan Cameron were not always on poor terms with the reigning monarch! Witness a steam whistle from the launch Rifle. When Queen Victoria visited Achnacarry in 1873 she took a trip aboard Lochiel's steam yacht, travelling along Loch Arkaig. The Queen recorded in her journal a comment by her secretary, who said, 'There was Lochiel, whose great-grandfather had been the real moving cause of the rising of 1745 - for, without him, Prince Charles would not have made the attempt - showing Your Majesty (whose great-grandfather he had striven to dethrone) the scenes made historical by Prince Charlie's wanderings. It was a scene one could not look on unmoved'.

The queen added her own comment, 'I feel a sort of reverence in going over these scenes in this most beautiful country, which I am proud to call my own, where there was devoted loyalty to my family of ancestors - for Stuart blood is in my veins'.

There are a reading room and extensive clan archives, which will prove invaluable for tracing genealogy. And of course, you can purchase Clan Cameron tartans and gifts with the clan crest in a small gift shop on the site. Outside the museum is a 'living cairn' built with stones given by clan members around the world.

The museum is usually closed from October to April but can be opened by special arrangement. You do NOT have to be connected with Clan Cameron to visit the museum and enjoy learning about its fascinating history! 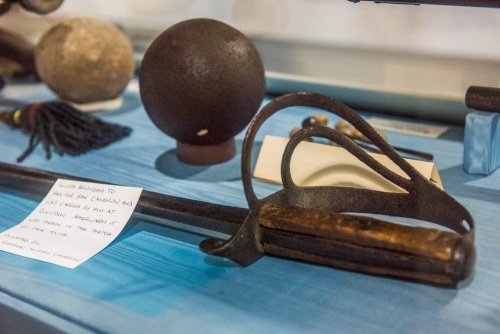 The museum is well off the beaten track but actually quite easy to get to. Turn off the A82 onto the B8004 by the famous Commando Memorial, signposted to Gairlochy. At Gairlochy you have to cross the swing bridge and immediately turn right towards Achnacarry on the B8005. The road follows the shore of Loch Lochy for several miles until you come to Achnacarry.

On the left you will see a minor road signposted to the museum. Follow the road as it winds upwards through attractive woodland and you will come to the museum on your left. There is a large parking area and a picnic site by the cairn just outside the entrance. 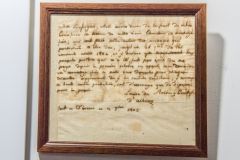 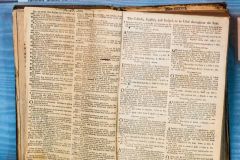 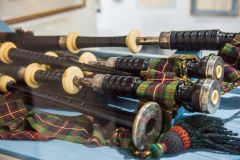 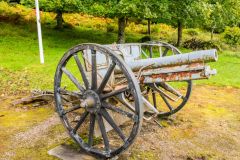 Nearby accommodation is calculated 'as the crow flies' from Clan Cameron Museum. 'Nearest' may involve a long drive up and down glens or, if you are near the coast, may include a ferry ride! Please check the property map to make sure the location is right for you.